Trending
You are at:Home»Herbs and Spices»Health Benefits of Virginia Snakeroot 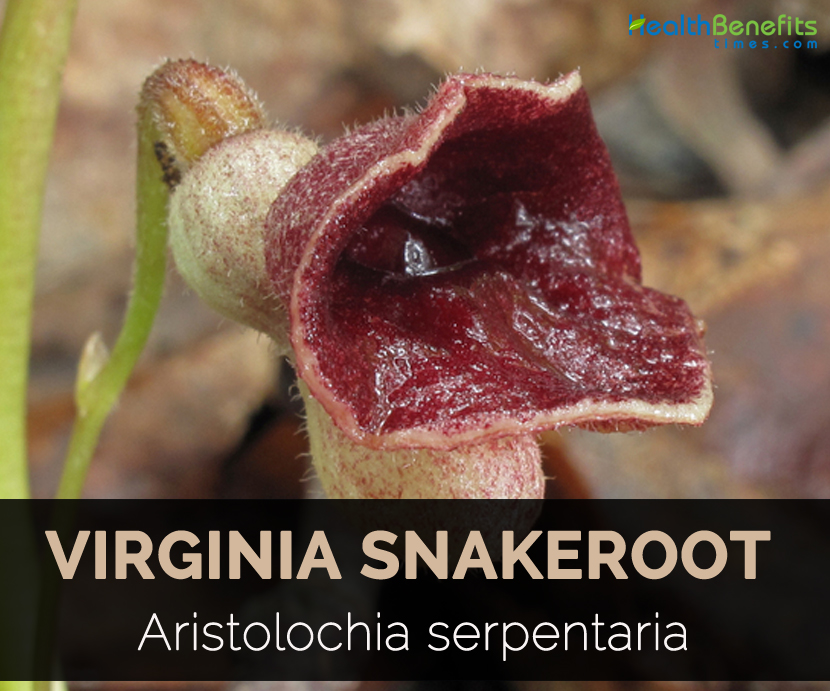 Virginia snakeroot is a perennial plant found in hilly woods of Pennsylvania, Virginia, Ohio, Indiana and Kentucky, and the southwest states, Louisiana to Texas, of the U.S.A. The root is fibrous and of a brown colour, has numerous stem scars and bears a dense tress of branching roots about 3 in. long, with a gingery, aromatic, identifiable fragrance; bitter taste. The one or more erect, zigzag jointed stems are 1–2 ft. high, with a purplish colour near the plants base. The leaves are oblong and about 3 inches long and 1 inches wide. June and July finds the few purple or dull-brown flowers in bloom, attached to short stems which come from the root.
Virginia Snakeroot Image Gallery 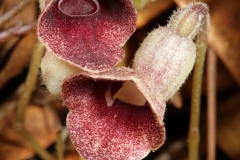 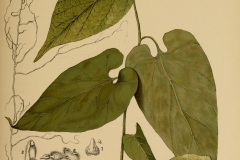 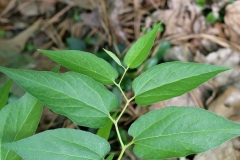 Virginia snakeroot is a rhizomatous perennial which blooms in June and bears capsular fruits in July. Flowers lie near the ground and are dark red at mouth and mimic carrion. The genus is characterized by an elaborate pollination mechanism in which inwarpointing hairs in the floral tube allow entry but not retreat of pollinators. Once pollen is shed on the imprisoned insects these hairs wilt and freeing them to find and fertilize another plant. Virginia snakeroot also bears small, closed and self-pollinating flowers.

It is the prominent and perceivable effects of Virginia snakeroot which induces heavy perspiration. It is the most used alternative diet drink as heavy perspiration encourages people to drink more water in order to compensate for the lost liquid. Aristolochine compounds in the plant affects the kidney function heavily. Intake of Virgina snakeroot provides relief from cold symptoms.

Snakeroot is used as an ingredient for traditional Chinese medicine. It helps to increase the blood flow and has beneficial effects. It is useful for women during menstruation or for those having problem of keeping the menstruation cycles regular. It is believed that acids found in the plant work in the similar way to that of snake’s venom. The effect of snake’s venom is inducing excessive blood flow by slowing

People have been using chemicals including toxins for the benefits such as improvement of health, treating diseases and even to enhance their current condition. People have been prescribing Snakeroot as an ingredient for aphrodisiac and also as potent stimulants for various bodily functions. The intake of snakeroot causes the increase in bloodflow.

Virginia snakeroot improves blood circulation which is useful for various purposes. Proper blood circulation is a prerequisite for good overall body health. Intake of dried snakeroot leaves as tea helps to stimulate blood circulation as leaves has flavonoids which is a common substance found in tea leaves. Flavonoids has beneficial effects in cardiovascular function such as reducing blood pressure as well as atherosclerosis.

Convulsions involves involuntary contractions of muscles and is associated mostly with brain disorders such as epilepsy and some toxins in the blood. It is not clear that how Virginia snakeroot actually works. Maybe the effect is explained by how aristolochic acids affect bloodflow which might induce secretion of toxins in blood through perspiration or urination.

Aristolochic acids suggests that acids stimulate the gastrointestinal tracts by speeding up the digestion process and even tones the digestive system in the bodies. This is the main reason why this plant is popular as an ingredient for traditional diet supplements and diet tea.

The action of Virginia snakeroot is so prompt that it has a great reputation for snake bites, hence its name. This is a pure stimulant whose action is mainly employed in diverting the flow of blood outward; and for this reason it is largely employed in eruptive diseases before the appearance of outward manifestations are noticed. It rids the system of any offending matter by producing perspiration and supporting the vital forces. As a nerve stimulant it acts very promptly and is much used in depressed or exhausted conditions of the nervous system, especially in the latter stages of smallpox, scarlet fever and pneumonia. The influence on the circulation will also be felt by the whole arterial system as the heart’s impulse becomes stronger and fuller. The often suppressed menstruation due to colds will be brought about by 5–10 drops of V. snakeroot tincture in Pennyroyal tea. Also for cold extremities of hands and feet due to general receding of blood from the surface. The cold infusion is used for strengthening purposes and it may be drunk freely and is often employed with good effect in dyspepsia, croup, throat and kidney congestion and renal torpor. In proper doses it stimulates appetite and digestion in indicated conditions. In large doses, however, it is irritant, causing vomiting, vertigo, purging, etc.

Of the tincture, 5–20 drops three times daily. As an infusion, 1 teaspoonful of the granulated root to 1 cupful of boiling water, steeped 30 min. Take in tablespoonful amounts three to six times a day.