Trending
You are at:Home»Grains and Cereals»Facts about Scarlet Runner Beans 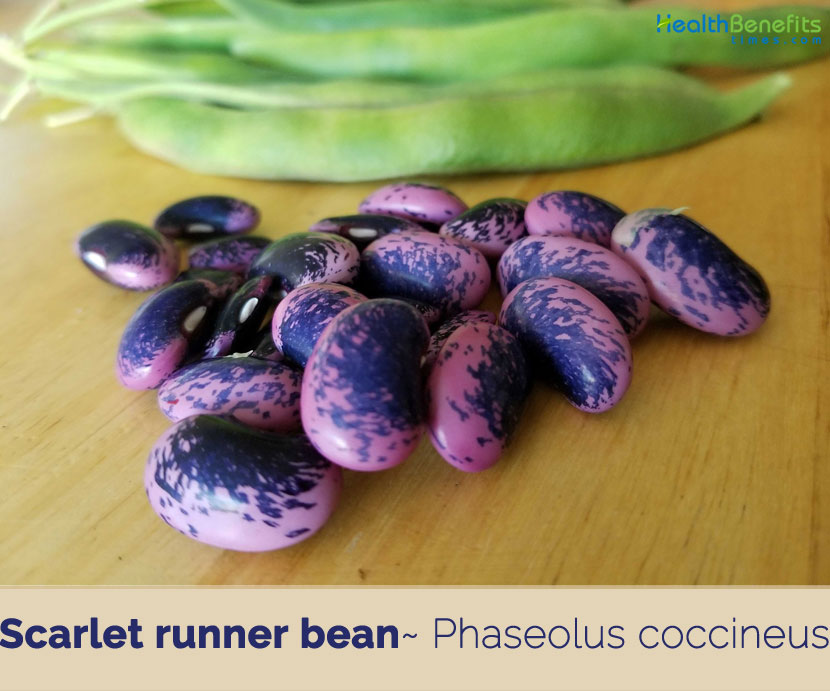 Scarlet runner beans, botanically classified as part of Phaseolus coccineus, are an open-pollinated runner bean and member of the legume family, Fabaceae. It is the one species in this genus which is grown both as a vegetable food plant for its edible pods (green beans) and seeds (fresh or dried beans) and/or as an ornamental plant for appreciation of its showy flowers. Flowers (addition to salads) and young leaves (pot herb) are also edible. Another common name is butter bean, which, however, can also refer to the lima bean, a different species. It is grown both as a food plant and an ornamental plant. The plant occurs wild from Mexico to Panama and Central America. Other popular common names of the plant are Runner Bean, Scarlet Runner Bean, Scarlet Conqueror, Fire Bean, Mammoth, Red Giant, Dutch runner bean, Case knife bean, seven year bean, Scarlet runner, Red flowered runner bean, Red flowered vegetable bean, Perennial bean, Dutch Case-Knife Bean, multiflora bean and butter bean. Runner beans grow well with carrots, cauliflowers, cucumbers, cabbage, leek and celeriac. They are inhibited by alliums and fennel growing nearby. Genus name comes from the Greek word for fava beans or an ancient Greek one for a species of Vigna. Specific epithet means scarlet.

Unlike common beans, the plant is a perennial vine with tuberous roots, though not typically treated as such within agricultural methods and cycles. There are nearly twenty different cultivars (man-made types) of Scarlet runner bean, and all are known for the colorful seeds the pods produce. True to their name they are first and foremost known for their bright scarlet blooms, so much that in most seed catalogs they are listed under “ornamental”, “flowers”, or “hummingbird plants” rather than “beans.” Today the Scarlet runner is mainly grown as an ornamental in the United States though it is available when in season from local farmers markets. In Europe runner types such as the Scarlet have long been a popular edible bean both whole in their immature form and when mature and shelled for their edible seeds. 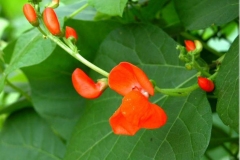 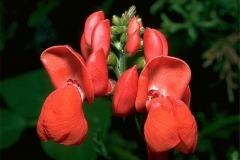 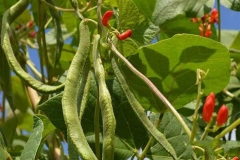 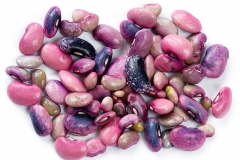 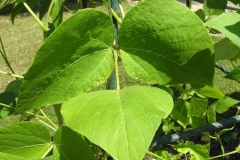 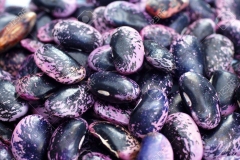 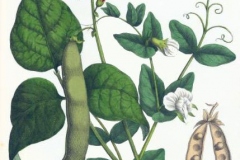 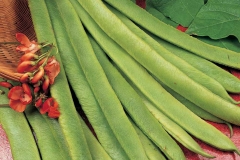 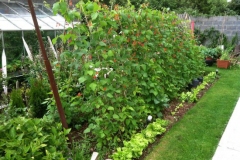 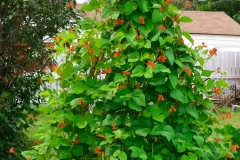 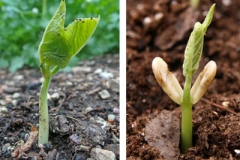 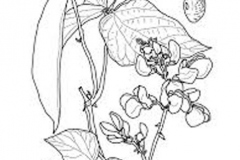 Scarlet runner bean is a climbing (vining), tuberous perennial or a bushy, annual herb that grows up to 3 m (9 ft.) or more in length. The plant is found growing in or around mostly mixed forests, often on steep slopes or along stream beds, open wooded grassy areas, or on edges of cloud forest. The plant prefers warm sheltered sunny position with a consistently moist, fertile, organically rich well-drained soil with plenty of moisture in the growing season and normally dislikes heavy, wet or acid soils. Leaves of Scarlet runner bean are trifoliate and all the leaflets are broadly oval, measuring anything between 10 cm and 12.7 cm in length. Most varieties have red flowers and multicolored seeds (though some have white flowers and white seeds), and they are often grown as ornamental plants.

Flowers in most cultivars are bright scarlet red, and shaped like typical bean family flowers with the two lowermost petals united into a keel, the uppermost petal modified into a hood like standard, and the lateral petals modified into spreading wings. The flowers are about an inch long and clustered on many-flowered racemes up to 10 inches long. There can be as many as 20 flowers on a single flowering stalk. Flowering usually takes place from July to September.

Fertile flowers are followed by linear-lanceolate, straight or slightly curved pods that are 9–30 cm long and 1.5–2.5 cm wide, laterally compressed, beaked, glabrescent, and rough with small oblique ridges, 3-10 seeded. Seeds are ellipsoid-oblong, 13–25 mm long and 6–13 mm wide, black, white, cream or brown, often pink to purple mottled.  The green pods are edible whole but in some varieties (the scarlet runner) tend to become fibrous early, and only the seeds within are eaten. The seeds can be used fresh or as dried beans. The starchy roots are still eaten by Central American Indians.

Beans are delicious when young, but if left on the vine will eventually develop into large tough pods to 1.5 feet long. Runner bean is basically the same thing as a pole bean (American term) in that both do basically the same thing, namely, climb and produce edible beans. Runner beans produce flowers about 4-5 weeks after planting of the seed, with first harvest in 60-75 days. Picking the beans encourages production of additional flowers.

Scarlet runner bean occurs wild from Mexico to Panama. It was probably domesticated in Mexico. Archaeological evidence shows that scarlet runner bean was a domesticated crop in Mexico around 900 AD. Nowadays scarlet runner bean is cultivated in temperate countries and occasionally in highland areas of Central and South America, Africa (e.g. Ethiopia, Kenya, Uganda, and South Africa) and Asia. It is probably cultivated in Madagascar and is recorded as being grown in the eastern part of tropical southern Africa, although no specific countries are mentioned. 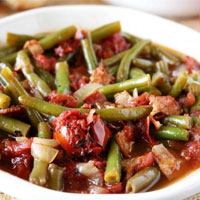 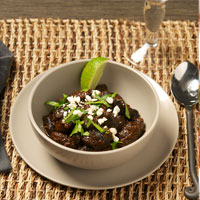 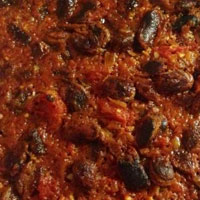 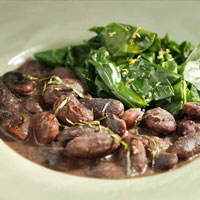