Trending
You are at:Home»Vegetables»Fennel – Foeniculum vulgare 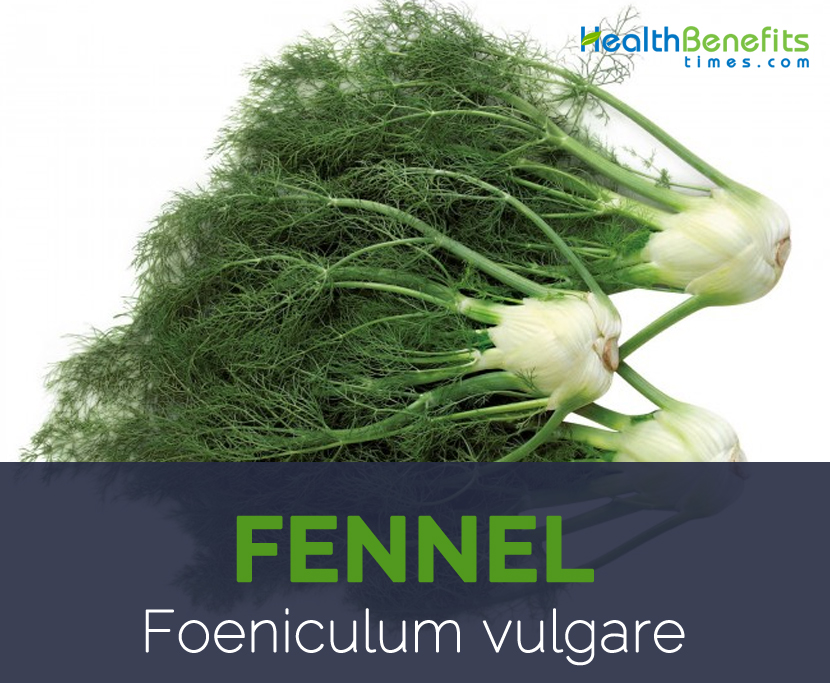 Fennel (Foeniculum vulgare), also known as F. officinale, is actually a member of the Umbelliferae (Apiaceae) or carrot family, along with dill (Anethum graveolens), caraway (Carum carvi ), and anise (Pimpinella anisum ). Native to the Mediterranean region, Fennel is a versatile vegetable that plays an important role in the food culture of many European nations, particularly in France and Italy. In some parts of the world, fennel is ordered as invasive species because it spreads quickly and eliminates native plants. Fennel is a multipurpose plant. Ancient Romans used it to prevent obesity. Ancient Greeks used it as a remedy. Europeans used it to manufacture drink called “sack”, that was popular during the Shakespearean time. Fennel still has numerous applications, but it is mostly cultivated as a source of food.

Fennel is an erect, aromatic, glabrous, much-branched, biennial herb growing up to 2 m tall. It is normally found growing in well-drained, light, moderately fertile soils, particularly in sandy loams but needs supplemental watering during the dry seasons that provide enough sun. It has a thick, spindle-shaped taproot that produces a pithy, smooth or erect, robust, glabrous stem filled with white spongy pith and is bluish-grey colored. Basal and cauline leaves are up to 15 cm, broadly triangular-ovate in outline; ultimate segments 5–40 × 0.5 mm; petiole 7–14 cm whereas upper leaves are alternate, 2–4 × pinnately divided ultimate segments filiform, 1–6 × 0. 6 mm, petiole broadly sheathing at base. Flowers are pale yellow, tiny, 2 mm across, in compound umbels, 4–10 cm across; bracts and bracteoles are absent.

Leaves, bulb and seed are edible part of fennel. Leaves and seed are consumed as seasoning. Bulb is used as vegetable. Fennel plant has swollen, bulb-like structure, measures about 3-5 inches in width and about 3 inches in length and is white or pale green colored. Fennel is highly prized for its licorice-like flavor and the countless of health benefits it provides, and has been used in natural remedies since ancient times.

Click here for nutritional value and health benefits of Bulb.

As mentioned previously, almost all parts of the fennel plant can be consumed in different ways. Seeds and leaves are consumed as seasoning and bulb as vegetable. Seeds are ovoid-oblong to oblong  or curved (comma) shape  schizocarpic, of mericarps ,non- fleshy, 4–10 mm long by 1.5–2 mm wide and are light-brown colored. Seeds have pleasant sweet anise or licorice flavor and delightful taste. Fennel still has numerous applications, but it is commonly cultivated as a source of food. It is a versatile vegetable that plays an important role in the food culture of many European nations, especially in France and Italy.

Fennel is considered to have originated from Mediterranean region and has extensively naturalized and escaped from cultivation worldwide. It is broadly grown for its fruits and leaves mainly in the Mediterranean area, Western and Central Europe, southern and eastern Asia, New Zealand, Ethiopia, South Africa and the Americas. Due to its licorice-like flavor and the myriad of health benefits it provides, it is grown throughout the world.

Other Traditional uses and benefits of Fennel 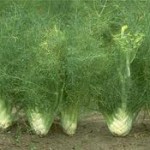 In case you are purchasing fennel in the supermarket, its likely Florence fennel. In case you are offered fennel in a Italian American home, it might be known as Fanuke, a reduced form of the vegetable’s Italian title: finocchio. Long utilized like a digestive aid, raw fennel stalks as well as bulbs are frequently offered after or before a sizable meal, also it might even be offered together with numerous sweets. Sliced up fennel stalks as well as bulbs work nicely in salads, however they may also be sautéed or even included with stir fry. The anise-like tastes of the stalks as well as bulb are much more focused within the plant’s dill-like leaves that are utilized like a flavoring agent in several Mediterranean meals. They’re going especially effectively along with fish recipes. 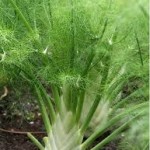 Common fennel is grown because of its seeds. Fennel seeds are utilized to taste numerous Mediterranean, Indian as well as Southeast Asian foods. Search for its taste in Italian sausage, meatballs, cookies, Indian curries as well as Southeast Asian fish dishes. To test out this particular spicy-sweet flavor in your own home, utilize ground fennel seed like a spice rub for pork, poultry or fish. Ground fennel is widely accessible, yet you will get the very best taste in case you grind the seeds by yourself right before cooking food. Just like fennel stalks, fennel seeds are frequently served after the meal like a digestive aid as well as breathe freshener, particularly in India. 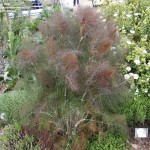 Bronze fennel can be utilized much like Florence fennel, but they’re more prone to find it within your neighbor’s yard compared to the produce section. The leaves of the bronze fennel plant are usually copper-colored along with some purple combined. Simply because they can develop to around 6 ft . tall, they are usually employed as background border in landscaping. The yellow flowers of the fennel plant will even entice advantageous insects. Note, however, that fennel stalks will end up more and more fibrous and hard since the plant grows taller. Some other titles for bronze fennel consist of copper fennel, sweet fennel and wild fennel.

Choose fennel which is clean white or even pale green bulbs, firm as well as solid and also without splits, bruises or even spots. Choose the ones that are flowerless and also have great smelling fragrance which has the aroma of licorice or even anise. Fennel is usually obtainable in the autumn as well as all through early spring.

Take in fennel right after buying to obtain its highest taste as well as nutrition.  To keep, wrap in the plastic bag, retain in refrigerator as well as consume within just four days.

Fennel bulb, stalk and leaves are generally delicious. To juice, utilize about one-third or half a bulb, reduce sizes that may match your juicer chute.  Mix together with your carrots, green apples, all of your preferred vegetable, along with a slice of lemon, for the great-tasting glass of juice.

You have to remember that every item has two factors and also overdoing things is damaging. It is a fact for fennel as well. Particular aspects of essential oils just like Anethol, as well as few chemicals contained in fennel, apart from being advantageous, could be harmful if consumed in over-dose, since you must keep in mind that the substances which could destroy bacteria as well as microbes in lower doses could be unhealthy for you personally as well. It may stimulate trouble in inhaling and exhaling, improve heart palpitations and produce heart beats abnormal and in addition neurotic difficulties.

Although fennel is perfect for ladies, expecting mothers are suggested to keep awayfrom blends that contains fennel since fennel is really a uterine catalyst. Extreme usage of fennel is not recommended as it might result in muscular convulsions. Usually it doesn’t result in any kind of side-effect if it is taken together with foods.