Trending
You are at:Home»Vegetables»Arugula-Eruca sativa 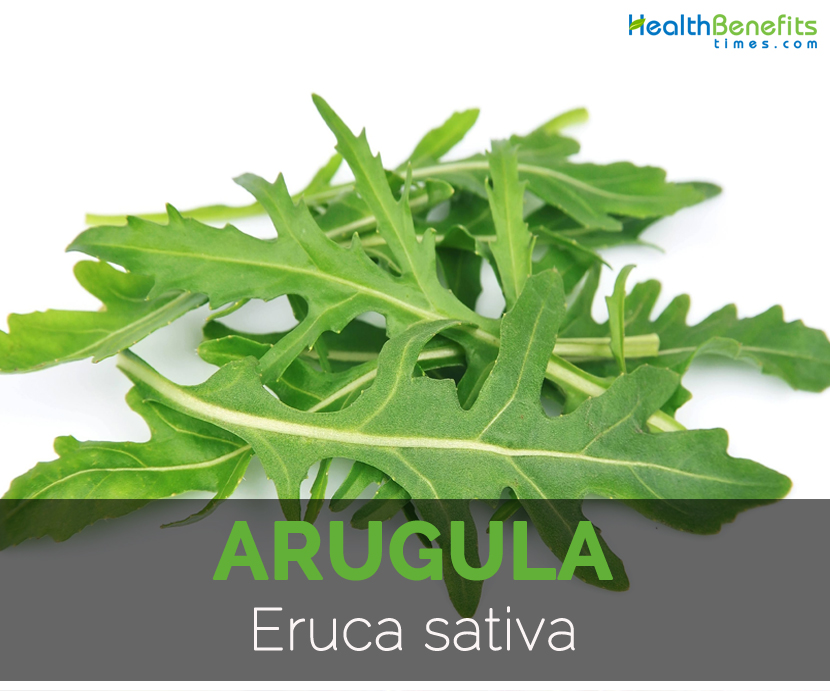 It is an annual plant which grows upto 2”-6” high. Arugula survives in cool climates. The leaves are elongated, flat which resembles dandelion and vary in size about 7-10 cm long. The flowers are white with purple veins. It is a culinary herb which prominently features in Italian and French cuisines. Arugula is most often used as salads, soups, stews and sandwiches.

Arugula is native to Mediterranean areas such as Greece, Italy and Turkey. In India, Arugula is cultivated to extract oil from the seeds it produced. Since Roman times, it was used and considered as an aphrodisiac. Today it is popular in France and Italy and also grown everywhere. From the last 20 years, it was cultivated on United States. The popularity of Arugula is increasing in United States. In Europe, Arugula was well known in the Middle Ages. In the Europe, Arugula become more popular in the twentieth century. Arugula is used in Asia as a seed oil.

Plants generally have the height of 2”-6” tall. The leaves are elongated, flat and usually 7-10 cm long. The stems are pale green. The plants bear white flowers with purple veins during spring and summer. The seeds are thick and flat-beaked. Arugula plant is an annual herb which is fast growing which does best in well drained and fertile soil.

Arugula is packed with nutrition and antioxidant properties. It is also a great source of vitamins A, fiber, vitamin C, vitamin K, folate, iron, calcium, phosphorus, magnesium, manganese and potassium.

Arugula is rich in protein, riboflavin, thiamin, zinc, vitamin B6, pantothenic acid and copper. The flavonoids help to prevent stickiness of cholesterol to arteries, reduce blood pressure, raise the blood flow, improve the functions of blood vessels and reduce inflammation. It assists in reducing cholesterol, maintaining blood sugar and lowers the chances of heart disease.

Arugula is an excellent source of antioxidants which can raise the Oxygen radical absorbance capacity. Antioxidants help to maintain the balance of enzyme reactions in the cells and eliminate the free radicals which damage the system. Antioxidants help to counteract the health ailments such as common cold, heart disease, cancer and premature ageing. (1)

Arugula is a great source of Vitamin A which is an antioxidant that improves the teeth, bones and eyes condition. All the leafy vegetables provide the flavonoids compounds which prevent the lung, skin and oral cancer.

Arugula provides Vitamin K which helps in the formation as well as strengthening of bones. The antioxidants found in Arugula acts as anti-inflammatory activities in the body. The high intake of Vitamin K helps to slow down the development of Alzheimer’s disease. Arugula results in low oxalate levels and allows the presence of more minerals which promotes the bone health. Arugula ensures the bone health and strength which prevents the degeneration of bones. (2)

Arugula provides high amount of Vitamin which prevents the body from cancer and promoting the immune system. Vitamin C is the great defense against the free radicals and eradicate from the body before they provide any damage to the body.

Arugula is packed with minerals and a vitamin which provides enhances the immunity power. The body stimulates the creation of white blood cells and enhances the durability, strength and functions of immune system.

Arugula has phytochemicals such as sulphoraphane, indoles and thiocyanates which helps to counteract with the cancer in the body, encounters cervical, breast, prostate and ovarian cancer. Arugula is rich in these phytochemicals which restricts the activities of cancer cells. (3)

Arugula is a great choice for mothers because it consists of folic acid which helps to reduce the development of mental defects in the newborns. Like other leafy vegetables, Arugula is rich in folates. (4)

Arugula is a great source of carotenoids which are the pigments that occur naturally and improves the ability of vision. Carotenoids slow down the development of macular degeneration which is caused when the venter of field of vision is compromised. This leads to cataracts. The high intake of carotenoids helps to slow down the symptoms of old age. (5)

Arugula is low in calories content, rich in nutrients and vitamins which provide the positive effect on effort for weight loss. It helps to satisfy the nutritional needs and balances the system without making extreme changes in the diet.