Trending
You are at:Home»Foods»Pizza facts and benefits 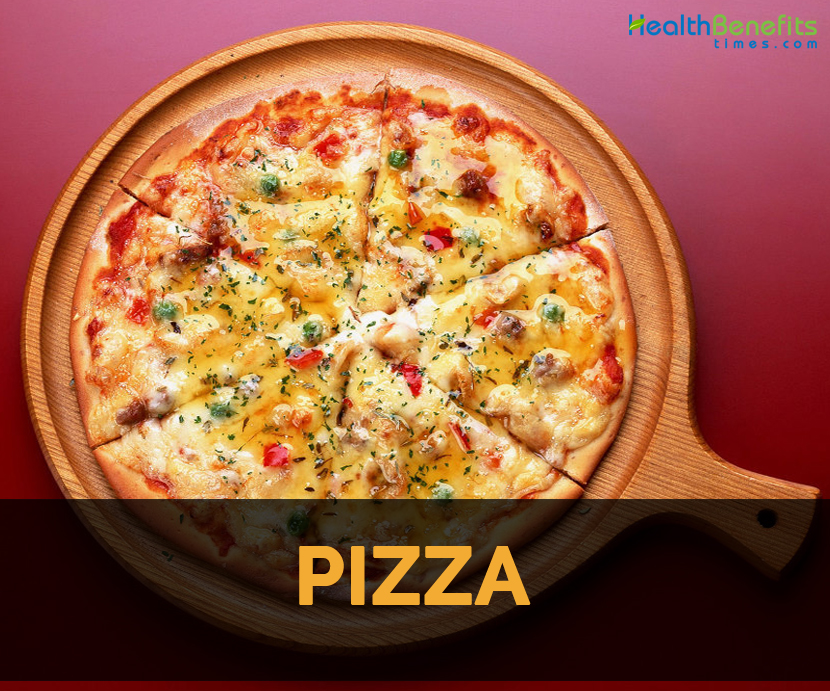 Pizza is a flatbread in which the cheese or tomato sauce is used as toppings and is baked in an oven. Vegetables, meats and condiments are also used as toppings. Pizza is available frozen or fresh, portions or whole and considered as the prevalent fast food in North America and Europe. We could find various varieties of pizzas which are cooked in an oven. Various ingredients are used to make it more flavorful. Mozzarella cheese is mostly common in pizzas. It is widely popular in the people of all ages. It is suitable for the celebration of any occasions.

The term pizza was originated from Latin word pinsa which means flatbread. Pizza is one of the favorite foods of all which has become a portrait in Italy. It is consumed as plain flat bread. It is filling, tasty and cheap to make. In early 18th century, it was widely known in Italy. While the Queen Margherita and her husband was taking a tour of Italy in late 1800’s, they was curious about the large flatbread which the people was eating. Then she ordered it. The Queen loved it very much that she gave an order to make various types of pizza. For the queen’s respect, the chef made special pizza with the toppings of Mozzarella cheese, tomatoes and fresh basil. It was the queen’s favorite food and gained lots of popularity in Italy. Mariana Pizza is topped with oregano, tomato, extra virgin olive oil and garlic. The name occurred as it is prepared by the wives of fishermen after they returned form the fishing trips of Bay of Naples.

Pizza contains the ingredients that are healthy and is also high in fat.  The homemade pizza helps to have control over the ingredients that are high in fat. Tomato has lycopene which is an antioxidant that helps to counteract various types of cancer. Olive oil helps to lower the LDL cholesterol and raise HDL cholesterol that helps to prevent the chances of heart ailments. Mozzarella cheese has high amount of protein, fats, sodium and calcium. Garlic is a great source of manganese, selenium and Vitamin C. Oregano has good amount of manganese, Vitamin K, oils and fiber.

Sugar with Vitamin B1 helps to oxidize for formation of usable energy. It plays a vital role in the enzyme system known as pyruvate dehydrogenase system that assists in the sugar oxidation. Thiamin is essential for the enzyme functions that release energy for the normal functions. (1)

Iron plays a vital role in the formation of hemoglobin. It provides the shade of dark red and transports oxygen to the cells of the body. Extra hemoglobin is essential as we lose blood through internal and external injuries. Mostly the women lose more blood during the periods due to which they has more chances to get anemia. (2) (3) That’s why it’s important to understand your cycle by using a period tracker and know how to take care of yourself during the menstrual cycle.

Niacin or Vitamin B helps to assist in the functions of digestive system that promotes the nerve functions, healthy appetite and skin health. (5)

Folate or Vitamin B9 is vital for the reduction of cancer in the body. It eliminates the cancers such as colon cancer, cervical cancer and lung cancer. The doctors recommend to include folate in the diets. (6)

Protein helps to promote the immune system. It prevents the chances of diseases and infections due to the presence of antibodies that eliminate the antigens from the body. It deactivates the production of antigens. (7) (8)

Calcium helps to maintain the body weight of females and males. It releases the parathyroid hormones that promote the bones to release in the blood stream. It also enhance the fat production and prevents break down. (9)

Riboflavin treats the nervous ailments such as Alzheimer’s disease, numbness, anxiety, multiple sclerosis and epilepsy. Vitamin B6 with Vitamin B2 helps to treat the symptoms of Carpal Tunnel Syndrome. (12)

Zinc is considered to be an antioxidant that plays a vital role in enzymatic functions, protein synthesis and carbohydrate metabolism. It is vital for the body functions and integral functions. (13)

Pizza is also a junk food which could lead to weight gain because it contains 3500 calories that could raise the weight by one pound. In a week, 500 calories are consumed if eaten daily.

Pizza is also loaded with high amount of carbohydrates which might be difficult to digest. The daily intake of pizza might result in constipation and cause the gastrointestinal problems.