Trending
You are at:Home»Health & Beauty»Toxic Metal: 5 Ways to Protect yourself from Aluminum Toxicity at Home and Eating Out 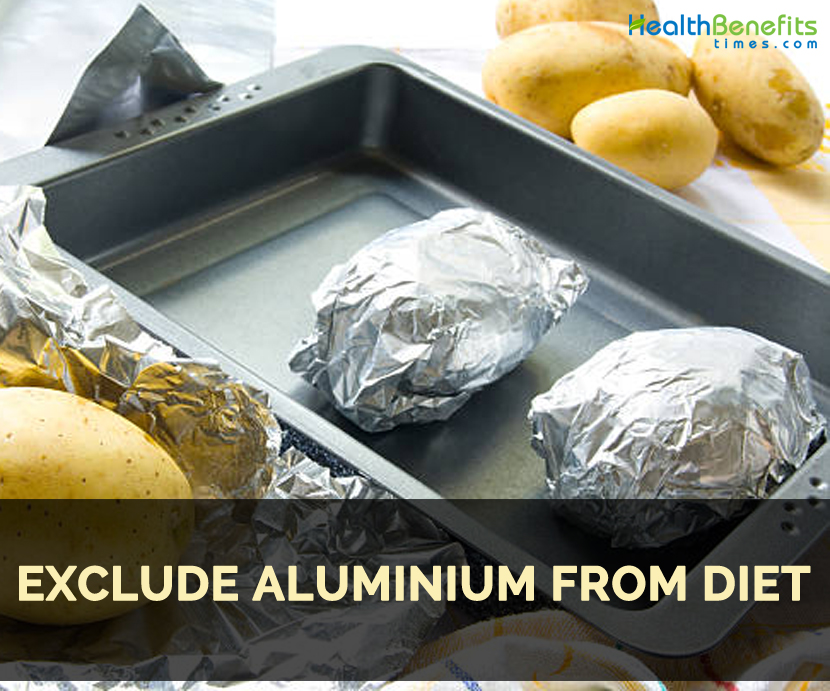 Aluminum-silvery white in appearance-is the third most common element found in nature (after oxygen and silicon) and makes up nearly 8 percent of the earth’s crust, although it plays no essential role in living systems. Industry began mining and processing it in the late nineteenth century, and today some 58 million tons are produced annually. It’s one of the most widely used metals in building construction and is also commonly used in medicine, food technology and cosmetics. Research shows that Aluminum affects more than 200 important biological reactions, including neurotransmitter synthesis, gene expression and inflammatory responses.

Where you can find it?

In the home, aluminum can be found in cooking equipment; foil; food; food and drink packaging such as cans, cartons, water bottles and juice pouches; baking powders; water; antiperspirants and other cosmetics; and drugs such as antacids and aspirin. Food is the main source of aluminum exposure in the home. Aluminum can be naturally present in some foods but is also often used as a food additive. Furthermore, it can leach into food via aluminum cookware, foil, utensils and packaging.

What’s wrong with it?

For many years, aluminum was not considered a threat to health because of its relatively low bioavailability (absorption by the body). But in 1965, animal studies suggested a possible link between aluminum and Alzheimer’s disease. Since then, research has been mounting to show a clear connection between the two, and it’s now widely accepted that aluminum can be deposited in the brain, where it can have toxic effects. In fact, aluminum has been linked to a host of neurodegenerative conditions besides Alzheimer’s, including amyotrophic lateral sclerosis (motor neuron disease), Parkinson’s, dementia, Gulf war syndrome and multiple sclerosis. There’s also research suggesting that aluminum may be involved in breast cancer. It’s been found in the breast tissue of women with breast cancer and in significantly higher levels in the underarm region near the breast, suggesting a possible link to aluminum-based antiperspirants.

What can you do about it?

Although single, low-level exposures to aluminum, such as eating food cooked in aluminum foil or using aluminum containing antiperspirant, are unlikely to damage your health on their own, the cumulative effect of smaller exposures like these overtime-from multiple sources-is cause for concern.

What’s more, how much aluminum the body absorbs from exposure varies from person to person. Certain nutritional deficiencies, for example, can increase the rate of aluminum absorption. It makes sense to limit your exposure to aluminum as much as possible.

When you cook food in aluminum pots and pans or wrap it in foil, aluminum can leach into the food. One study found that cooking red meat in aluminum foil increased its content of the metal by 89 to 378 percent, while poultry showed an increase of 76 to 215 percent. The higher the cooking time and temperature & the higher the aluminum foil· Parchment paper (preferably the unbleached kind like the products sold by the company If You Care) is a good alternative to aluminum foil, while stainless steel and glass are safer options for cookware.

Aluminum can be found in a number of drugs, such as antacids, buffered aspirin and anti-diarrhea drugs. Check labels carefully and ask your doctor if you’re in doubt about whether a drug you’re taking contains aluminum. Investigate natural alternatives whenever possible. Vaccines and allergy shots can also contain added aluminum.

Aluminum is found naturally in drinking water and unprocessed foods. But levels may be higher in processed foods due to added aluminum in the form of food additives and the leaching of aluminum from food packaging and manufacturing processes. Baked goods such as bread, cakes and muffins may be especially high in it because of aluminum-containing baking powders. If you’re buying baking powder separately, check the label to make sure it doesn’t contain ‘sodium aluminum phosphate’ or ‘sodium aluminum sulfate.’ Baking soda is just pure bicarbonate of soda, so it should not contain aluminum.

Read the labels of cosmetics and toiletries carefully to check for aluminum, which can be present in both natural and conventional products. If in doubt, contact the brand directly to find out.

Most commonly, aluminum is found in antiperspirants and deodorants, so switching to an aluminum-free option is a great step to reduce your daily exposure to the metal.

Watch out for products containing a natural form of aluminum called alum, or aluminum sulfate. Manufacturers claim that, as this is a much larger molecule than aluminum chlorohydrate-the form usually used in antiperspirants-it cannot pass through the skin. However, others say aluminum chlorohydrate is much less soluble in water, whereas sulfates are highly water soluble, so alum may more readily break down into its component parts in a warm, sweaty armpit (meaning it could then potentially be absorbed into the skin).

5. Get a water filter

The ZeroWater Jug filter is capable of removing virtually all dissolved solids from tap water, including aluminum. Whole-house water filter systems are another option.