Trending
You are at:Home»Facts»Weight Loss and HGH: Is It Possible to Lose Extra Kilos by Restoring GH Levels? 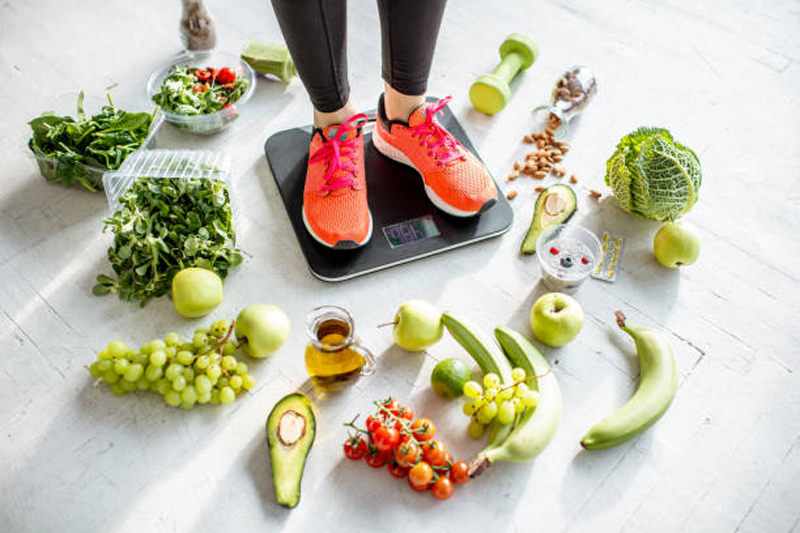 The human body is a complex system comprised of a multitude of equally complex subsystems, all of which enable it to function at its bests. And the pituitary gland, which is responsible for producing growth hormones, is no exception in this regard. For those who may not be as familiar with human growth hormones and the role that they play in the body, they facilitate growth during childhood and adolescence.

They also regulate muscle and bone growth, body composition, body fluids, and metabolism of sugar and fats. Of course, there are several more things that make growth hormones essential in the human body. Along with everything else, they help maintain, build, and repair healthy tissue in the brain as well as other organs. Unfortunately, however, as we get older, growth hormone production starts to slow down and ushers in a wave of unpleasant symptoms in the process.

For most people, the gradual decline in HGH levels is yet another unavoidable aspect of getting older. And this is true even among those who exercise regularly, consume a well-balanced diet, get enough sleep, and otherwise lead a healthy lifestyle. To better understand what adults have to look forward to in terms of HGH levels as they age, it helps to take a look at the decline from a statistical standpoint.

According to Dr. M. Adams from HGH Therapy Clinic of Miami, most individuals between the ages of 20 and 30 will experience a 10 to 15 percent decline in growth hormone levels every 10 years until they reach the age of 60. After age 60, HGH production all but comes to a standstill, with most individuals producing only 25 mg of human growth hormones per day compared to 500 mg among those in their 20s or even 200 mg among the 40-something crowd. It is worth pointing out that age is not the only contributing factor when it comes to low growth hormone levels as it can be a byproduct of many other things as well, some of which include the following:

Can a Decline in HGH Production Lead to Weight Gain?

Low growth hormone levels can have a profound impact on the body in that it can lead to a higher percentage of visceral fat, which is excess fat that accumulates around the abdomen. That aside, it can also cause the following:

Most endocrinologists will recommend hormone replacement therapy (HRT) to patients needing help losing weight or combatting other ill-effects that come with low human growth hormone levels. Available by prescription only and administered via injection, the following HRT medications are among the ones commonly prescribed to patients by their physicians:

When it comes to how human growth hormones work, the long and short of it is that they help restore the body’s HGH levels to where they were before production started to decline. In turn, many of the ill-effects associated with low human growth hormone levels, such as feelings of anxiety and depression, low libido, and chronic fatigue, for example, will start to subside. Of course, the manner in which HRT, sometimes referred to as synthetic hormone replacement therapy, helps individuals to lose weight is slightly more complicated.

What You Should Know About HRT for Weight Loss

Although the Food and Drug Administration has approved HRT to combat many of the ill-effects brought on by low human growth hormone levels, weight gain is, at least as of the writing of this article, is not one of them. And this applies if weight gain is the result of low human growth hormone levels, poor dietary habits, or leading a sedentary lifestyle. However, despite an official approval by the FDA, HRT has, indeed, helped some people achieve their weight loss goals. And some of these same individuals also gained muscle mass in the process.

To substantiate these claims, we only need to take a look at a study published by the National Institutes of Health, the world’s largest biomedical research agency. Researchers and scientists involved in the study found that HRT has an anabolic effect whereby it helps increase insulin-like growth factor (IGF)-1, a polypeptide hormone produced by the liver, which helps boost metabolism.

As a result, study participants who underwent HRT were able to lose weight without exercising or making significant changes to their diet. According to researchers, participants who received low-dose growth hormone injections during the 12-week randomized, double-blind, and placebo-controlled study achieved a 1.6-fold increase in IGF-1 and were able to lose more visceral fat compared to those given a placebo.

All in all, there is significant evidence that shows HRT can help individuals combat the many symptoms brought on by low growth hormone levels. However, when it comes to HRT for weight loss, specifically, most researchers, scientists, and even many endocrinologists agree that more testing is needed to evaluate the safety, efficacy, and long-term effects of such treatments.