Trending
You are at:Home»Herbs and Spices»Facts and benefits of Wild Geranium 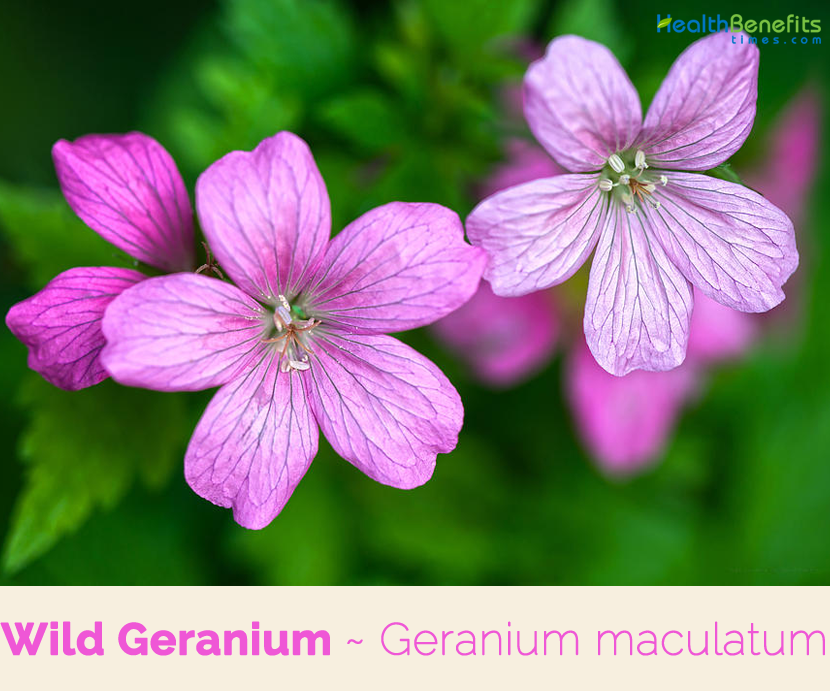 Geranium is derived from the Greek word geranos, which means crane. Though this name seems questioning, it actually refers to the shape of the seed pod, not the flower. Papery seed capsules, which split lengthwise into five long peels, look like a crane or stork. Cranesbill and Storksbill are two other common names of Wild Geranium describing this likeness. Maculatum, the species name, means mottled and refers to the dark greenish- brown leaves which are rather mottled. However we call this flower Wild Geranium, “wild” is truly a contradiction. Wild Geranium is actually a true geranium. The term wild is used to differentiate this flower from other false species.

The leaves are semi evergreen, opposite, palmately lobed with five or seven deeply cut lobes, 10–12.5 cm (4–5 in) broad, with a petiole up to 30 cm (12 in) long and pubescent with green to reddish color arising from the rootstock. They are deeply parted into three or five divisions, each of which is again cleft and toothed. The leaf margin is irregularly and coarsely toothed or cleft all around. Leaf surface is medium green and pubescent. Lower leaf surface has coarse white hairs like those on the petiole while the upper surface is covered with fine white hairs.

The upturned flowers are borne at the top of hairy stems in loose clusters of 2-5 (a corymb or floppy umbel). Each 2.5–4 cm (1.0–1.6 in) diameter flower has five rounded petals, five green sepals and ten yellow stamens surrounding the single pistil with five carpels. The petals are generally rose-pink to lavender, but may be darker purple or rarely white, with fine, slightly darker-colored lines running along their length that function as nectar guides. The petals are marked with darker lines along the length, and often fade to white at the base. The 5 green sepals behind the flower are about half as long as the petals, and hairy. In the Northern Hemisphere, they appear from April to June (precise dates depend on the latitude).

Flowers are followed by an erect beak-like seed capsule, covered with hair, develops at maturity. The capsule has five cells, each containing one seed and when mature, the outer carpels of the capsule curl backward to expose the seeds. The central stem then extends upward raising the 5 seeds, each then uncoiling its own spring-like stalk, with the remnants of the style held above them. The entire contraption resembles a wrought iron chandelier with five lamps. Each seed has long hairs attached and the coiled stalks have very short hairs. 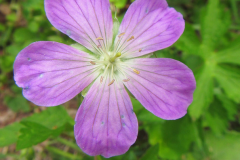 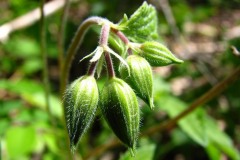 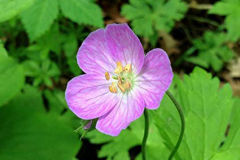 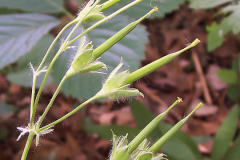 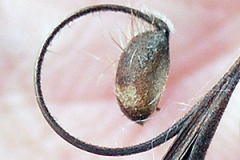 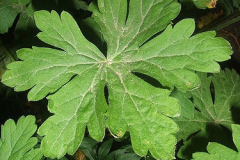 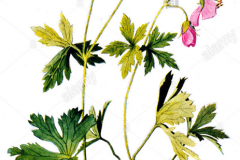 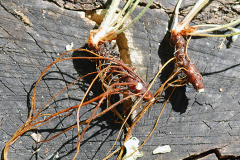 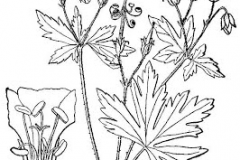 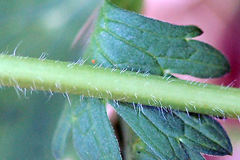 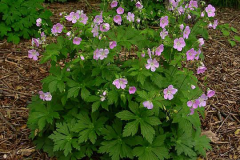 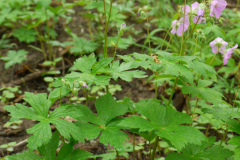 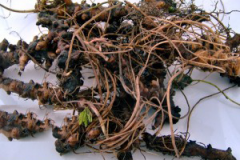 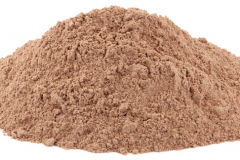 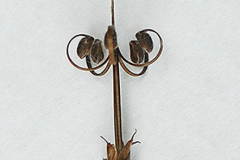 Wild Geranium has been used by several North American indigenous tribes to treat diarrhea. The tannins in cranesbill likely account for the anti-diarrheal activity.

It has been used by several of the indigenous tribes of North America to treat diarrhea. The tannins in Wild Geranium likely account for the anti-diarrheal activity—although there has been little scientific research to clarify Wild Geranium’s constituents and actions.