Trending
You are at:Home»Fruits»Yellow Himalayan raspberry facts and benefits 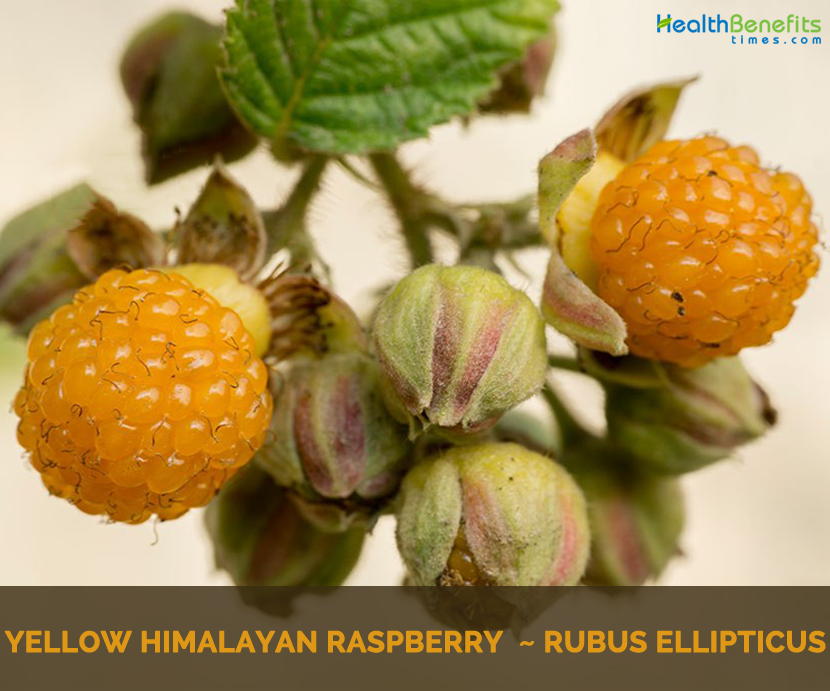 In Hawai’i it is considered a weed or naturalized alien invasive plant although it was initially deliberately introduced in 1961. It is also listed as one of the 100 of the world’s worst invasive alien species’ in the Global Invasive Species Database (GISD) of the Invasive Species Specialist Group (ISSG). The plant is harvested from the wild for local use as a food and a medicine. The fruit is also sold in local markets in the Himalayas. The plant is grown both as a fruit crop and an ornamental in a variety of places, including Florida, Jamaica, Puerto Rico and California

Yellow Himalayan raspberry is a stout, weakly climbing, and evergreen shrub producing a bunch of stout, heavily armed, upright, biennial stems from a woody rootstock. The plant usually grows up to 4.5 meters, or about 12 feet long. The stems only produce leaves, and do not flower, in their first year of growth, forming flowering branches in their second year and then dying after fruiting. The plant can rapidly form tall, dense thickets. Branchlets are purplish brown or brownish, pubescent, with sparse, curved prickles and dense, purplish brown bristles or glandular hairs. The plant is normally found growing in slopes, Montana valleys, sparse forests, thickets, roadsides, in open canopy forests, the deep shade of rainforests and pastureland as well as waste land and agricultural land, and mostly where land has been disturbed by feral pigs.

Leaves are trifoliate, elliptic, or obovate and toothed with long bristles. Thick leaves are about 3-4 inches long and 2-3 inches wide. Underside of the leaves is lighter than the upper surface and is covered with downy hairs.

Flowers are small short, white, and have five petals and grow in clusters, and blooms in the Himalayas between the months of February and April. Flower has both male and female sex part and is normally pollinated by insects. The flower later changes into aggregate fruit that is sub globose, approximately 1 cm in diameter, glabrous or drupelets pubescent at apex; Pyrenees are triangular-ovoid and densely rugulose. Fruit is golden yellow as they mature. It is sweet to the taste, though it is not commonly collected for domestic use. The fruit perishes quickly after plucking from the thorny bush.

The golden Himalayan raspberry’s origin is in the temperate Himalayas region, and is native to native of south-east Asia, found in the Himalayas from Pakistan to Nepal to southern China, as well as Bhutan, Burma, India, Myanmar, Philippines, Sri Lanka and Thailand. It has been introduced to several places but is listed as invasive only in the Hawaiian Islands so far, having become established on Hawai’i and been found in several places on Maui. It has become recognized in some parts of the Andes mountain chain in South America where it may become a problem. It is spread through cultivation. It is often found in Pine forests of the region.

The golden Himalayan raspberry can be found in mesic or wet forests, and have adapted to be able to live in complete shade and in full sun exposure. As with other Rubus species, its seeds are readily distributed by birds. It can also propagate, or asexual reproduction, itself through cutting. It can grow in open fields or in canopies of moist forests.