Trending
You are at:Home»Herbs and Spices»Facts about Yellow Rocket cress 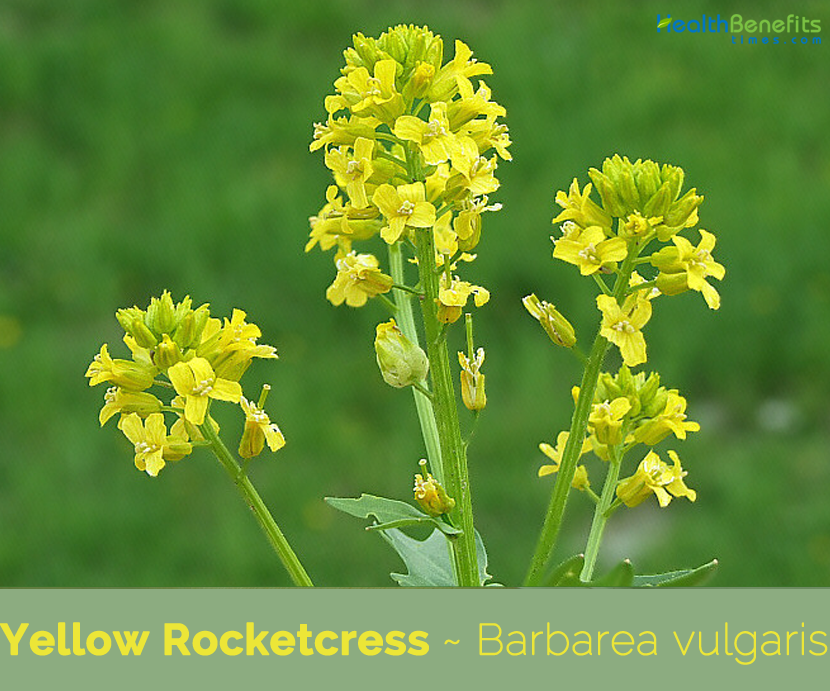 The plant is gathered from the wild for local use as a food and a medicine. It is occasionally grown as a salad crop and also sometimes as an ornamental (the cultivar ‘Variegata’ with variegated leaves is used ornamentally). Research has also shown that, with its winter hardiness and high seed yields, it has the potential to become a new oil seed crop.

Leaves become progressively smaller as they ascend the stem. Near the base of the plant they are deeply lobed with a large rounded lobe at the tip and 1 to 4 pairs of small rounded lobes on the stalk. Basal leaves are up to 6 inches long and 2½ inches wide. The edges are often somewhat wavy. Stem leaves typically have a pair of lobes (auricles) at the base of the stalk that clasp the stem.

At the top of the plant leaves are rather smaller and somewhat variable, may be unlobed, wedge shaped to oval or shallowly lobed with little or no stalk. The upper surface of all leaves is dark green and glossy. Attachment is alternate.

Yellow rocket flowers are yellow and often appear in a cluster. Each flower measures 1 to 1.5 cm across. The flower has four petals generally appearing in the formation of a cross. The flower has six stamens, two are short and four are long. Clusters elongate as the plant matures, with flowers blooming at the tip and fruit forming along the stem below. During the second year of growth flowers can occur at any time once matured.

The plant flowers from April through July and bears fruit from July to September, starting during second year of vegetation. After fruiting, the above-ground parts of the plant die off, and every spring a new flowering and fructiferous stem develops from root collar. B. vulgaris propagates by seeds and rootstocks. Maximum productivity is up to 10000 seeds. 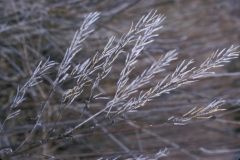 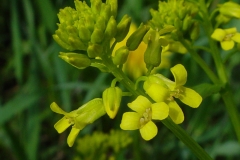 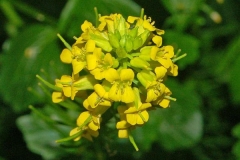 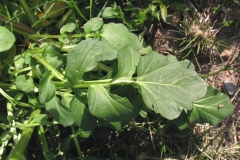 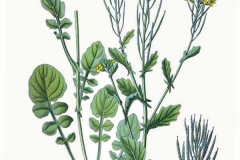 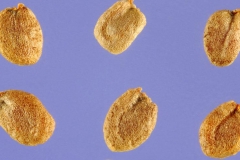 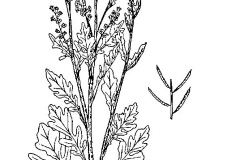 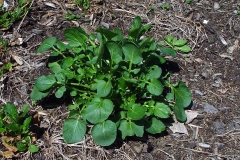 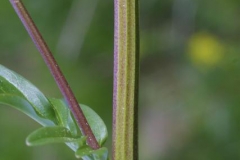 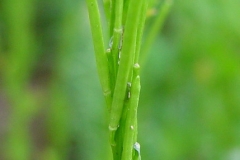 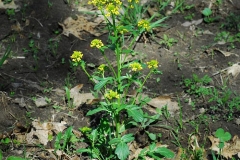 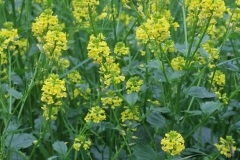 Barbarea vulgaris was introduced to North America about 1800 although specimens’ were still rare to absent in Ontario as late as 1878. It was not listed as one of the 149 common weeds in Canada in 1930 and was relatively rare, being restricted to low, wet ground (Montgomery 1955).

By 1948 it was common throughout Ontario and Quebec and had been found as far north as Moosonee. It was known to be spreading and was a common impurity in clover, grass and alfalfa seeds. It had been added to the list of secondary noxious weeds. At that time it was felt that draining of the field, followed by ploughing and fall or spring cultivation, or by grazing by sheep, would eradicate the weed.

From the 1950s up to the present, it has increased in numbers in the central region of the continent. By 1976 the species was considered to be one of the 117 most common weeds in Canada. It is also one of the three most important broadleaved perennial weeds in Wisconsin forage crops but its numbers have not increased significantly recently.