Trending
You are at:Home»Beverages»Barley Tea 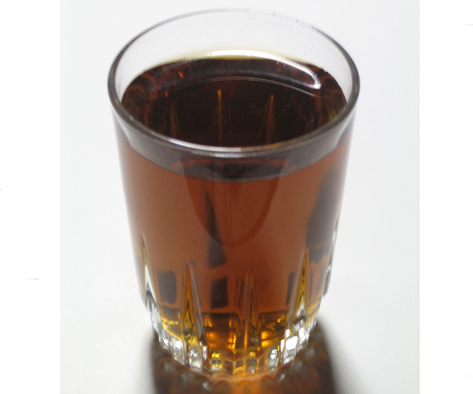 The tea which is made from a cereal grain and comes from the hordeum vulgare is Barley tea. It has a short growing season. In the Near East, Barley was firstly cultivated and was consumed by Romans as the necessity. Barley bread was the food for peasants in Medieval Europe which was replaced in the 19th century by the potato. Due to its health benefits it was included in the Chinese medicine. It is known by different names in the world. It is known as mugicha in Japan, damaicha in China and boricha in Korea.

The caffeine is absent in Barley tea. The tea is prepared by placing the barley seeds in hot water. Roasted corn is combined in order to balance the light bitter flavor of the tea. It is also known as the store house of health. The health benefits provided by the Barley tea are:

1. Acts as an Anticoagulant

The blood in highly viscous form, leads to the irregular circulation of blood and other health disorders in the body. Barley tea helps to promote the blood fluidity. It also helps to enhance the healthy circulation of blood. In April 2002, “Journal of Nutritional Science and Vitaminology” issues that the barley tea upgrades blood fluidity. The Japanese researchers which were working for the Kagome Company organizes that the presence of alkylpyrazine helps to increase the flow of blood which is a substance provides flavor to the tea.

Barley tea possess huge amount of antioxidants which contains a compounds such as selenium, Vitamin C, lignans and Vitamin A. The health ailments such as cardiovascular, inflammatory and neurodegenerative disorders are alleviated by the antioxidants. In December 2004, the issue of “Biotechnology, Bioscience and Biochemistry” noted that the barley tea possess antioxidants. The Japanese researchers from Shizuoka University report the effects of chemical components of barley tea on peroxynitrite. They determined that the peroxynitrite was destroyed by the 10 chemicals present on the barley tea.

Tooth decay is caused by bacterial agents named oral streptococci. Barley tea helps to prevent the bacteria colonization such as streptococci and also the tooth adhesion. The research which was published on the “Journal of Agriculture and Food Chemistry” in December 2006 states that the barley tea which was roasted eliminates the oral streptococci absorption.

It helps to treat acidity and nausea as it is a natural antacid.

Barley tea is low in calories which help to refresh and it is healthy as well. 8 ounce cup of barley tea possess two calories per serving.

There is an absence of sugar in barley tea. The one can gain the weight with the consumption of diet high in sugar. For the sweetness in the barley tea, a natural sweetener such as stevia should be added.

The intake of barley tea helps to eliminate the night sweats and hot flashes due to the presence of carminative properties. It also soothes the nerves.

The presence of various compounds possesses the cleansing powers which helps to alleviate the toxins and also protects from the harmful diseases.

The high presence of fiber helps to enhance the intestinal health which prevents from colon cancer. The fiber helps to reduce the chances of colon cancer by enhancing the bulking activity with reduce in transmit time of fecal matter. Alpha-tocopherol succinate which is an antioxidant component found in barley green can fight cancer. The cancer types such as prostate cancer, brain tumors and leukemia are prevented by the antioxidants.

10. Works as a blood cleanser

Barley tea helps to regulate the level of blood sugar. It also cleanses the blood. It reduces the cholesterol level which maintains the healthy heart.

The daily intake of the Barley of tea helps to prevent the cold and its symptoms. It enhances cleansing the system by clearing the congestion and phlegm which treats bronchitis and asthma. A sore throat can be relaxed by drinking 2 cups of barley tea. It can ease the irritated airways and also relieves the blocked nose.

Barley tea is loaded with selenium which is a mineral which plays an important part in male fertility. It also prevents a prostate cancer by providing a healthy prostate.

Barley tea is loaded with fiber which comforts the bowel movement by sweeping the digestive tract that reduces the risk of constipation.

Trytophan, melatonin and amino acid is possessed in Barley tea which aids the sound sleep. Caffeine is absent in Barley tea.

The study published in 2002 in “Journal of Nutritional Science and Vitaminology” reports that those who took 8 ½ ounces of barley tea, their blood circulation was improved but no improvement was found when the same amount of water was consumed.

One can drink barley tea either hot or cold. Two to three tablespoons of roasted barley grains must be included to the four cups boiling water. It should be left to simmer the grains for five to ten minutes and then strain the kernels. Once it is cooled, the kernels could be eaten as a nutritious snack. It should be poured into the glasses and then serve. To drink it as a cold beverage, it should be placed in the fridge after brewing. The barley kernels could be roasted by using the oven or stove top to provide them a dark color. It is good for circulation, heart health, digestion and also treats inflammation.