Trending
You are at:Home»Poultry & Seafoods»Health Benefits and facts of Catfish 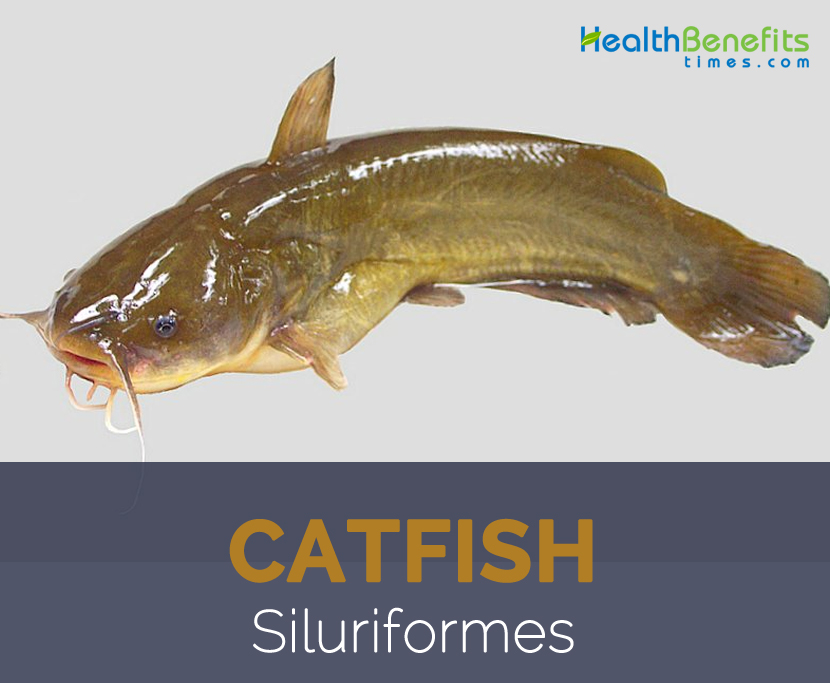 Catfish scientifically known as Siluriformes are a diverse group of ray-finned fish. There are more than 3000 species of catfish that can be found on all continents except on the Antarctica. Catfish inhabits freshwater ecosystems such as rivers and streams but some species of catfish are adapted to the life in salt waters and caves. Catfish are one of the most farmed types of fish (their meat is consumed as delicacy around the world). Some types of catfish (such as Mekong catfish) are critically endangered due to overfishing and pollution of the water.

Catfish have distinctive characteristics with his slick, slightly flattened and elongated mustache similar mimiliki long, sticking out around the mouth. Catfish have no scales; their bodies are often naked. In some species, the mucus-covered skin is used in cutaneous respiration, where the fish breathes through its skin. In some catfish, the skin is covered in bony plates called scutes; some form of body armor appears in various ways within the order. Catfish are most easily recognized by their flattened broad heads and the long whisker-like barbels that protrude from the mouth of the catfish.

Catfish are predominately freshwater fish, but saltwater varieties, known as hogfish, also exist. Catfish get their name from the long, whisker-like feelers that decorate their snouts. Catfish are mild, firm and low-fat fish with an inedible skin that must be removed before cooking. Suggested cooking methods for catfish include steaming, poaching, baking and frying. Seafood stews can also benefit from the addition of catfish.

Unlike most fish, catfish do not have scales. They usually have an adipose fin, and often spine-like rays present at the front of the dorsal and pectoral fins. The dorsal fin of most catfish species exactly has two spines, the first one very short. As noted, the catfish body may be naked or covered with bony plates. Normally, there are up to four pairs of barbels on the head, with two on the chin, one nasal, and one maxillary, but the nasal and chin barbels may be absent. With the exception of the Diplomystidae, the maxilla is toothless. 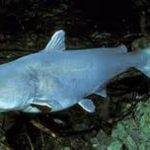 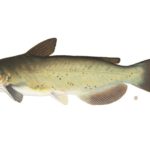 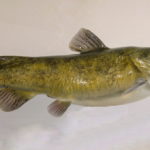 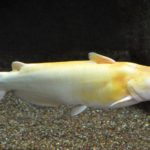 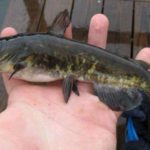 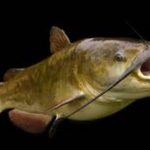 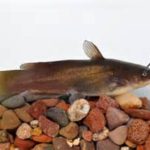 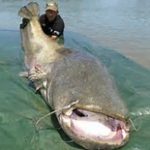 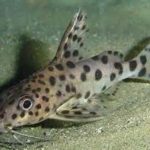 The Pictus Catfish (Pimelodus pictus) is a very active catfish species that gets to around 4 inches (11 cm). Even though they are on the smaller side they still need at least a 55 gallon tank or larger to allow for satisfactory swimming room. You can keep them with other pictus cats or similar sized fish species. They may eat smaller tetras.

Many people enjoy the flavor and taste of catfish, but it offers a variety of health benefits as well. Including the nutritious fish in your diet helps you meet your protein needs and boosts your intake of vitamins and healthy fats and fatty acids. Consider catfish regularly in your meal planning, it’s tasty, can be used for a variety of dishes and the best party – it’s healthy. Here are some great reasons to introduce a little more seafood into your diet.

1. Great for your heart

It’s no coincidence that fish-eating Inuit populations in the Arctic have low levels of heart disease; seafood is low in saturated fat and high in omega-3, which can both protect the heart from disease and lower the amount of cholesterol in the blood. One study has even suggested that an extra portion of fish every week can cut risk of heart disease in half.

Eating fish can improve your circulation and reduce the risk of thrombosis. The EPA and DHA – omega-3 oils – found in seafood help to save your body from having to produce eicosanoids, a hormone-like substance which can make you more likely to suffer from blood clots and inflammation.

Eating fish as a regular part of a balanced diet has been shown to ease the symptoms of rheumatoid arthritis, a condition which causes the joins to swell up. Recent research has also found a link between omega-3 fats and osteoarthritis, suggesting that eating more seafood could help to prevent the disease.

Eating oil-rich fish frequently can help to keep the eyes bright and healthy. A recent research has suggested that omega-3 fatty acids help to protect the eyesight of those suffering from age-related macular degeneration (AMD), a condition which causes the retina to degenerate and the eyesight to become blurred. Fish and shellfish also contain retinol, a form of vitamin A which boosts night vision.

Seafood provides the body with many essential nutrients which keep us running effortlessly, including iodine, selenium, zinc and potassium. Iodine is important for the thyroid gland, and selenium makes enzymes which can help to protect us from cancer. Fish and shellfish are also excellent sources of many vitamins, including vitamins A and D.

Researches have shown that fish and shellfish may help to protect our lungs. Not only can seafood relieve the symptoms of asthma in children, but it has shown signs of preventing it. Consuming a lot of fish can keep your lungs stronger and healthier as you age in comparison to those who don’t eat a lot of fish.

Everyone would want a body with an ideal body weight. Various methods are used to achieve the ideal weight and one of them with diet. The catfish is the food that you need not avoid when undergoing diet weight loss because it contains carbohydrates and very little fat catfish. Catfish fat content is much less than other animal side dishes such as beef and chicken. Protein is high on catfish can also be a source of energy and the formation of muscle tissue.

Seafood plays an important role in preventing depression; research has highlighted links between low omega-3 levels and a higher risk of depression. Seafood could also help us to avoid Seasonal Affective Disorder (SAD) and post-natal depression.

Not only does omega-3 help to protect the skin from the harmful effects of the UV damage, but eating lots of fish can also help with the symptoms of skin conditions such as eczema and psoriasis. Fish is also a great source of protein, which is an important ingredient of collagen, a substance which keeps the skin firm and flexible.

The human brain is almost 60% fat, with much of this being omega-3 fat. Probably for this reason, research has shown that people who eat plenty of seafood are less likely to suffer dementia and memory problems in later life. DHA, omega-3 fat found in seafood, has also been linked to improvements in children’s concentration, reading skills, behavior, and Attention Deficit Hyperactivity Disorder (ADHD).

13. Good For The formation of bone and teeth

Mineral phosphorus is contained in Catfish, a mineral which is essential for the body. Mineral phosphorus plays an active role in the formation of bones and teeth. Phosphorus deficiency may result in bone loss that can eventually cause paralysis. So include it in your normal diet to fulfill the phosphorus requirement.

In Nigeria, catfish is one of the most extensively loved and enjoyed fish. It is consumed in various delicacies, particularly at social gatherings. The fact that it is affordable when compared to other varieties of fish in the market makes it more popular. However, research has shown that consumption of catfish is not so healthy.

According to expert recommendation, the omega 6 fatty acids in catfish can increase your risk of getting blood clots, arthritis, inflammatory bowel disease and some cancers? In fact, nutritionists say that catfish is loaded with bad fat and high cholesterol that encourage clotting of the blood, a condition whereby blood flow is impeded.

This may lead to cardiac arrest, thrombosis and, in some cases, heart attacks. A cardiologist, Dr. Jane Anisulowo, who talked to The Punch recently said that farmed or home-grown catfish is the worst example in this regard, as it contains more fatty hormones than the ones harvested from natural water.

“Fish is better than meat, no doubt. It digests easily and it contains proteins. However, catfish is not really a good option, especially the ones they sell these days, which are cultivated with hormonal feeds that are filled with steroids and other fattening chemicals just to make them profitable. These chemicals are cancerous in nature.

“Also, they contain so much oil that you can almost taste it. Fish, generally, contains oil, but catfish has oil in its skin. That is what makes it so oily and unhealthy. It also contains a lot of poly unsaturated fat that does not only make you fat but also settles in the blood stream. That is very dangerous because when blood fails to get to an organ, it fails and suffers paralysis.”

“If you can get the one from the river, which is rare in most cities, then you may eat it twice a month. But if the only one you can get is the one that is being reared by farmers, you don’t have to eat at all, or just eat it when it is partially smoked. In that way, some of the fats would have been lost in the process. Better still, there are some other species of fish that are oily but they contain good fats and are more nutritious.”