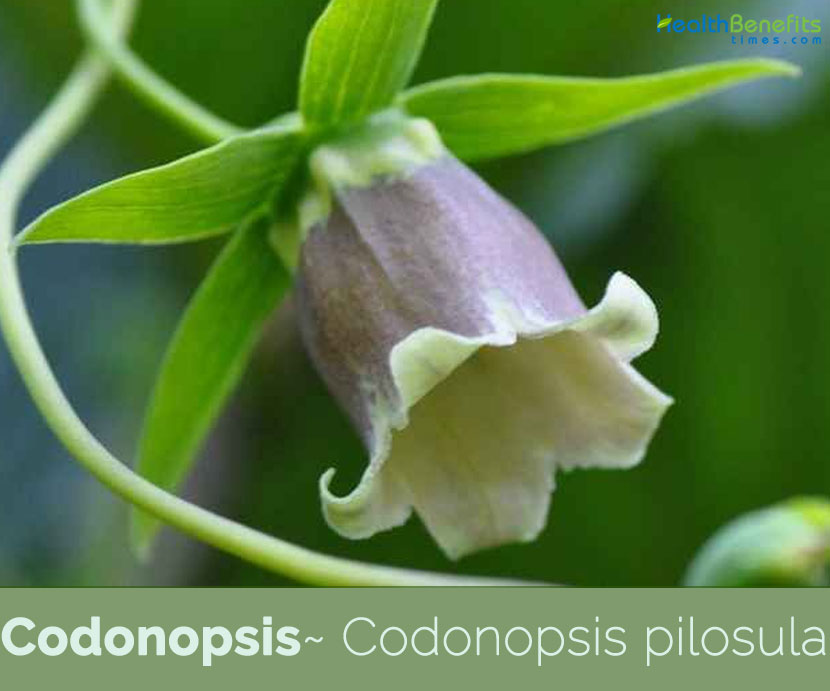 Codonopsis has a central place in Chinese herbal medicine as a gentle tonic that increases energy levels and helps the body adapt to stress. Codonopsis is supposed to be similar in action to ginseng, but it is milder and has a shorter-lasting effect. It is given to those who find ginseng too strong a tonic and is used interchangeably with ginseng in Chinese herbal formulas. Research has confirmed the ability of codonopsis to help increase endurance to stress and to maintain alertness. It is no stranger to most Chinese since as this herb is a common ingredient in the everyday recipes of soups and steamed dishes. In China it is better known as Dang Shen, a major tonic for nourishing the vitality.

Codonopsis is an herbaceous perennial twining; climbing plant that normally grows about 5 ft. (1.5 m) tall. The plant is found growing in forests, thickets, meadows or scrub at forest margins, dense shrubby thickets, the shade of trees at forest edges and in stream banks etc. The plant thrives best in well drained neutral or acidic soil and can be planted in partially shaded or completely open areas. Roots are carrot-shaped or fusiform-cylindrical, about 15-30 cm long and 1-3 cm thick, often branched. Long twining stems are up to 2 m (6.6 ft.) long and branched.

In Chinese herbal medicine, codonopsis is considered to tone the qi, lungs, and spleen. It improves vitality and helps to balance metabolic function. It is a gentle tonic remedy that helps to recover the system as a whole.

Leaves on main stems and branches are alternate, those on branchlets are opposite. Leaf-stalks are 0.5-2.5 cm long, sparsely bristly-hairy. Leaves are gray-green below, green above, ovate or narrowly ovate, 1-7.3 cm long and 0.8-5 cm wide. Leaf underside is sparsely or densely hairy, rarely hairless, base is somewhat heart-shaped, rounded, or flat, margin toothed, tip blunt or pointed.

The plant produces light green five pointed bell shaped flowers with prominent yellow or light purple veins. Flowers are yellow-green, with purple spots inside, broadly bell-shaped, 1.8-2.3 cm long and 1.8-2.5 cm wide, shallowly lobed. Lobes are triangular, tip pointed. Filaments are slightly dilated at base, about 5 mm; anthers elongate, 5-6 mm. Stigma is white bristly. Sepal cup is adnate to ovary up to middle. Sepals are broadly lance shaped or narrowly oblong, 1.0-2.3 cm x 6-8 mm, margin sub entire or sinuate, apex obtuse or acute; sinus between calyx lobes narrow and pointed. Fertile flowers are followed by fruit capsule that is up to 2.4 cm (0.9 in) long with persistent calyx and small, oval, brown and shiny seeds. The plant blooms from August to September and fruits from September to October.

Codonopsis is taken in particular for tired limbs, general fatigue, and for digestive problems such as appetite loss, vomiting, and diarrhea. It is beneficial in any chronic illness where “spleen qi deficiency” is a contributory factor. Codonopsis is given as a tonic to people who are stressed and have “false-fire” symptoms, including tense neck muscles, headaches, irritability, and high blood pressure, and who find the tonic action of ginseng too strong. Codonopsis is supposedly more successful in reducing levels of adrenaline, and therefore stress, than ginseng. 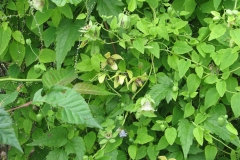 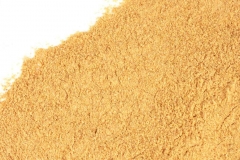 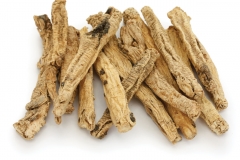 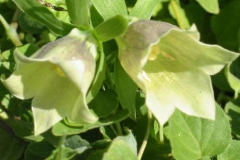 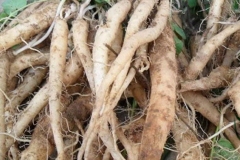 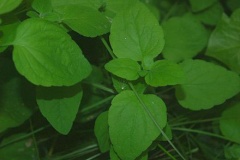 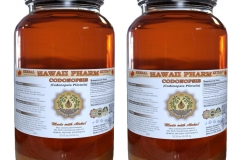 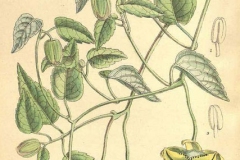 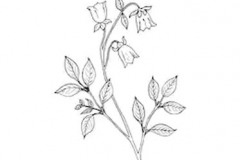 Codonopsis helps to relieves chronic coughs, shortness of breath and chronic excessive phlegm of the Lungs and sinuses. In cases of dryness and heat of the Lungs, Codonopsis has a moistening effect on the tissue. It also helps to ease asthma attacks by decreasing the production of hormones that cause constriction of the bronchia passages.

The herb is taken regularly by nursing mothers in China to increase milk production and as a tome to “build strong blood.”

The plant is one of the traditional Chinese medicinal herbs used in treating diabetes and reducing the complications that arise from diabetes. Research in the Journal of Ethno pharmacology, traditional Chinese medicinal herbs flashed abundant interest because they may be vital for treating severe chronic diseases like diabetes while producing fewer side effects than most conventional medications. They also cost less and offer better patient tolerance than pharmaceutical drugs. According to this study, it lowers blood glucose considerably.

Codonopsis clears excessive mucus from the lungs and is useful for respiratory problems, including shortness of breath and asthma.

Codonopsis help to protect against alcoholic fatty liver disease according to a research published in the “Journal of Medicinal Food.” In traditional Chinese medicine it is used to lower high blood pressure which would recommend that it benefits the Liver.

It is considered as an adaptogenic herb due to its ability to strengthen the body’s ability to adapt to change, moderate stress and balance metabolic functions of the body.

Possibly because of its immune enhancing effects and its ability to boost the blood supply, Dang shen has long been used to treat general fatigue as well as illnesses that weaken the body like anemia.

It has traditionally been used with extreme debility, weakness and wasting disorders, particularly where there is damage to the fluids of the body demonstrating heat signs (fever/thirst). It fortifies the immune system and not only supports the immune functions in cancer patients, but also protects the cells in the body from the damaging effects of radiation. It has not been determined if codonopsis may cause drug-herb interactions with patients utilizing chemotherapy.

Traditional uses and benefits of Codonopsis

The common dosage of poor man’s ginseng is 6-15 g when it is used in conjunction with other herbs in decoction, extracts or powders. If it is used on its own, the dosage may be as high as 30-60 g daily.