Trending
You are at:Home»Oils»Fractionated coconut oil facts and uses 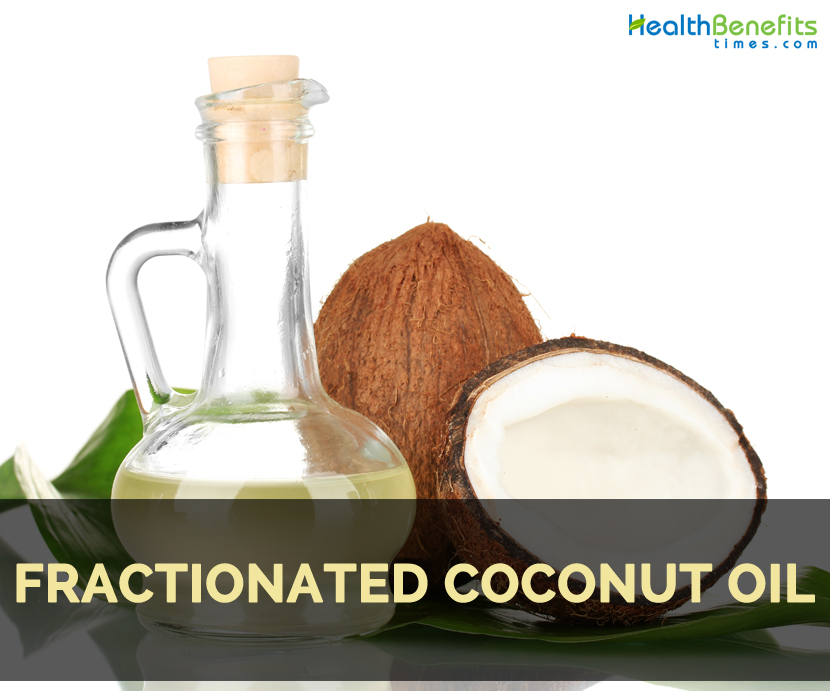 The fraction of coconut oil in which the long chain triglycerides are eliminated and making it absolutely saturated by remaining only medium chain triglycerides. It is a fluid that is light and stable consisting of Capric and Caprylic acids that provides antioxidant and disinfectant properties. The oil is extracted through steam distillation or fractionation of virgin coconut oil in order to isolate Capric and Caprylic acids. This oil is odorless, tasteless and much expensive in comparison to regular coconut oil. It is widely used in the preparation of medications, soaps, hair conditioners, massage oils and other products. In aromatherapy, it is used as carrier oil. It remains in liquid state at room and low temperatures.

It is used as a substitute for mineral oil.

It is the liquid coconut oil in which the long chain fatty acids are removed by the process of steam distillation and hydrolysis. It contains capric and caprylic fatty acids that have low melting point. It is used in skin care as a cleansing and moisturizing. It is soluble with other oils so it is carrier oil that is light and absorbable to the skin without clogging the pores. It is non-greasy with cleansing effect on the skin.