Trending
You are at:Home»Fruits»Guarana- Paullinia cupana 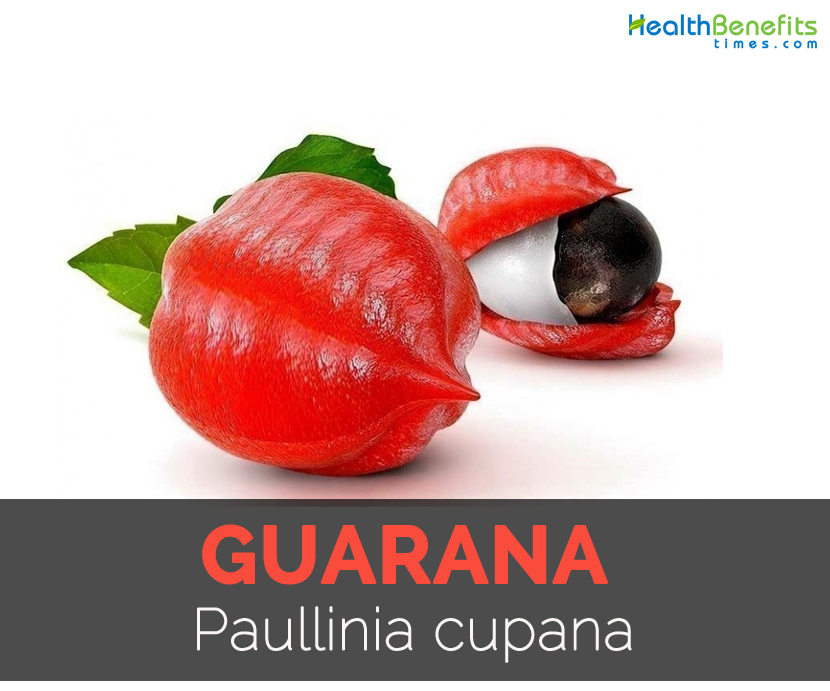 Guarana is a climbing plant native to Amazon basin and common in Brazil. In 16th century, the plant was introduced by Felip Betendorf, Hernández, Oviedo, Cobo and other Spaniard chroniclers to European colonizers and to Europe. The plant belongs to Sapindaceae family and has large leaves or flowers clusters. The name guarana is derived from Guarani tribe which lives in Brazil. Guarana got commercialized by 1958. It has a crucial role in their culture and medical folklore. It is a cure for various complaints and a way to regain strength.

Fruit is brown to red and contains black seeds which are partly covered by white arils. The outer pod splits when the fruit is mature to uncover the white aril and the seed. The seed in contrast with red color of the shell and white of the aril makes it look like human eye providing a unique appearance. Seeds resemble the size of coffee beans. Guarana seeds are an effective stimulant that contains twice the concentration of caffeine found in coffee seeds. It is used in energy drinks. The high content of caffeine is a defensive toxin which repels herbivores from berry and its seeds. The seed extracts was used in folk medicine since Pre-Columbian times as aphrodisiacs, stimulants and tonics. Seeds have high content of methylxanthines, polyphenols and saponins as well as trace concentrations of various compounds.

The plant is inherent to the Amazon basin. It is found in the area between south of the Atures and Maipures torrents of Orinoco River and in the region of the upper Negro River and tributaries on frontiers between Colombia, Brazil and Venezuela where it is relatively common. It is domesticated in Southern strip of the Amazon River between gorges of the Purus and Madeira rivers. It is cultivated exclusively in Brazil for supplying the national carbonated soft drink industry and natural product stores in the world.

A scandent shrub with arching woody and longitudinally furrowed stem which climbs up tree trunks and grows to 2 meters high. Leaves are alternately and pinnately compound having five glabrous and shiny leaflets and they are axillary when the tendrils exist. The inflorescence originates on tendrils or is on axillary racemes. Flowers are female and male, zygomorphic and have five petals or sepals, eight stamens and triocular ovary having glandular semi-disc at the base. Then the flowers are followed by a septicidal capsule initially green that turns orangey-red and opens partially when ripe and reveals one to three black or greenish seeds which are covered at the base with a farinaceous white aril. 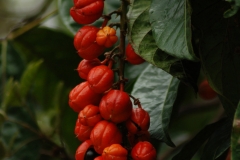 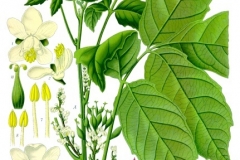 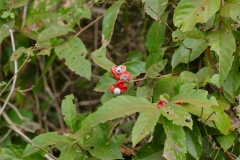 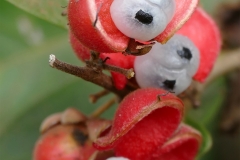 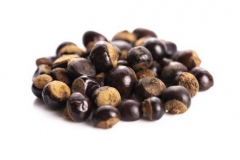 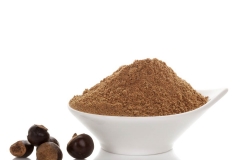 Study has shown that Guarana has positive impact on memory and focus. One study shows that even at low doses, it improves both alertness and memory performance. Furthermore, the effects of Guarana and ginseng was compared and reported that extract of Guarana seeds helps to promote task performance and attention to a greater extent than ginseng.

Fruit has ample antioxidants such as tannins, caffeine, theobromine, saponins and catechins. These antioxidants combat formation of free radicals and prevent oxidative damage to the cells. Research also clarifies that antioxidant prevent the chances of chronic conditions such as cancer, heart disease and diabetes.

Guarana has caffeine in high concentrations than coffee beans. It acts as stimulant and affects the activity of certain neurotransmitters in the brain to promote energy levels. This is the reason why energy drinks and coffee is used for fatigue and low energy. Additionally, Guarana lowers mental fatigue as well. The study verifies that it effectively lowered mental fatigue related with sustained mental effort in participants.

Gurarana is a cure for diarrhea and constipation. It promotes regularity and also soothes digestive problems. It has high content of caffeine which is a compound that helps to stimulate movement in digestive tract providing relief from constipation. It has high content of tannins which are plant compounds that prevent excess water being excreted into bowels and also halts diarrhea fast.

Guarana seed is beneficial for maintaining heart health in various ways. It prevents blood clots to lower the chances of strokes and heart attacks. It also lowers the oxidation of LDL cholesterol in the blood. It prevents plaque buildup in the arteries for preventing atherosclerosis.

The richness in caffeine and antioxidants makes it a great addition for natural skin care routine. It protects skin against UV radiation. It curtails photoaging of skin and enhances blood flow as well as circulation. The cosmetics with Guarana lowers skin sagging and minimize the wrinkles around eyes.

Guarana reduces the growth as well as spread of certain types of cancer cells. The study conducted on mice shows that it reduces liver cancer proliferation by 58 percent and promotes cancer cell death by nearly five fold. The studies have similar findings showing the decrease in growth of colon and breast cancer cells. It promotes the activity of chemotherapy agents to eliminate cancer cells effectively.

Guarana weight loss products, supplements and pills helps to burn fat and shed extra pounds which is due to the presence of caffeine. Caffeine helps to promote metabolism by 11 percent over 12 hour period in research. It also inhibits and slows the production of fat cells to lower body fat.

The extracts of Guarana maintain heart health. It prevents clumping of blood cells in both human and rabbit blood. In cross sectional study, Guarana prevents hardening of arteries. It has antioxidant and protective effects against formulation and accumulation of fats.

E. coli bacteria cells are normal part of gut flora but when it grows rapidly in inflammatory environments, it produce alpha-hemolysin which is a toxin causing leaky gut, bleeding and inflammation. The extracts of Guarana induced cell death in E. coli. It prevents Salmonella infections with typhoid like symptoms.