Trending
You are at:Home»Poultry & Seafoods»Herring fish health benefits and facts 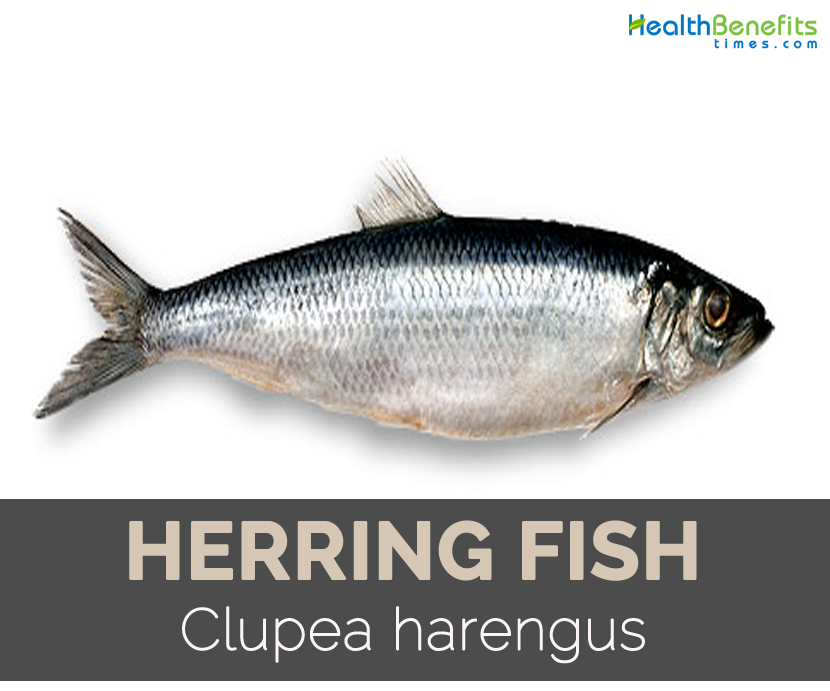 Atlantic herring have greenish or grayish back and silvery bellies. Their bodies are compressed, slender with pointed nose, large mouth, and round belly. It measures about 45 cm (18 inches) long and weighs 1.1 kg (2.4 lb). The scales are large but loosely attached. They live upto 12 years. The spawning takes place from October to November. It feeds on plankton, sea creatures, small sprats, krill, copepods and other fish.

Seafood has high content of Omega-3 and low amount of saturated fat that helps to prevent heart ailments by lowering the cholesterol level in blood. The study shows that the high intake of fish lowers the chances of heart ailments by half.

The intake of fish promotes the blood circulation and lowers the chances of thrombosis. Seafood contains EPA and DHA omega 3 oils that prevent the production of eicosanoids which could lead to inflammation and blood clots.

The daily intake of fish soothes the symptoms of rheumatoid arthritis that could swell the joints. The research shows that Omega-3 fat is associated with osteoarthritis. The consumption of seafood could prevent from this disease.

The daily intake of fish helps to maintain healthy eyes. The study shows that Omega-3 fatty acids prevent the eyesight from getting macular degeneration. It has retinol which is a form of Vitamin A that helps to promote the night vision as well.

It contains nutrients such as selenium, iodine, potassium and zinc. Iodine is essential for thyroid gland, selenium helps to prevent from cancer. They are the great source of Vitamin D and A.

Seafood provides relief from asthma and also protects lungs. The high consumption of fish makes the lungs healthy and strong.

It also prevents from getting depression. The research shows that low presence of Omega-3 is associated with high risk of depression. It could prevent from getting Seasonal Affective Disorder as well as post natal depression.

As human brain consist of 60% of Omega-3 fat, so high intake of seafood leads to lower chances of getting dementia as well as mental problems. It is also associated with reading skills, concentration and behavior.

Atlantic herring could grow upto 17 inches and 1.5 pounds. It is grayish blue to greenish with silvery abdomen. It has small teeth which are arranged on an oval shape. During the lifespan of young herring fish, they could migrate up to hundreds of miles in ocean. It contains a single dorsal fin. It feeds on krill, copepods and small fish. Cod, whales, large fish and seals are its natural predators. It could be found on the swarms of Atlantic Ocean.