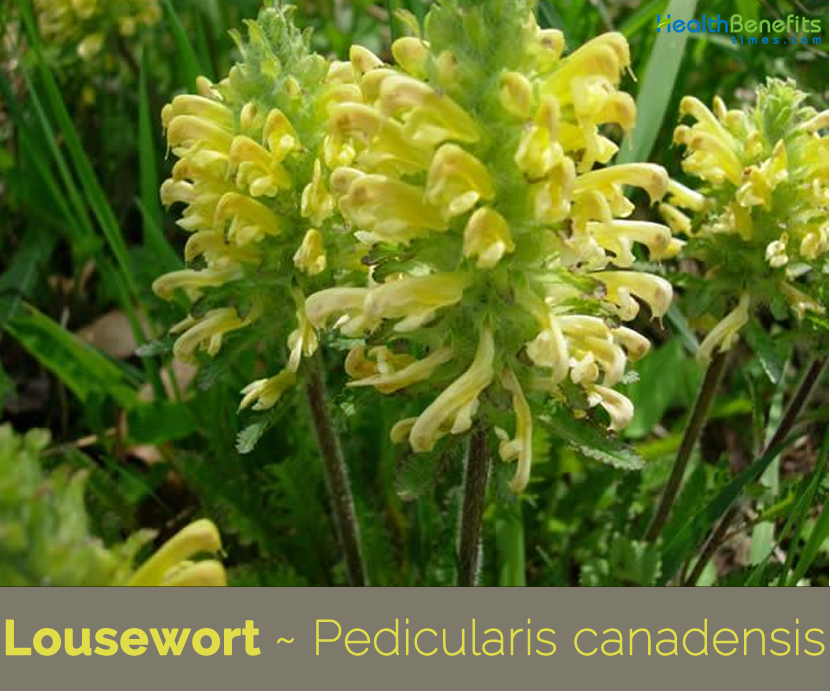 Pedicularis canadensis commonly known as Lousewort (Pedicularis) is actually a flowering plant in the Orobanchaceae family. It was formerly (and to some still) in the Scrophulariaceae. All the Scrophulariaceae that are partly or fully parasitic on the roots of other plants were moved to this family. The plant is native to Eastern North America from Nova Scotia to Manitoba, south to northern Mexico and east to Florida. In Missouri, it typically occurs in dry woods, ridges, meadows and prairies throughout most of the state (Steyermark). It is known by a large variety of different common names including Wood Betony, Beefsteak Plant, Canadian Lousewort, High Heal-all, Snaffles and Canada Lousewort, Common Lousewort, lousewort, Betony, Early lousewort, Canada wood betony, Early Wood Lousewort and Head betony. Genus name comes from the Latin word pedicularis meaning relating to lice. Specific epithet means of Canada. Common name is in reference to a once believed fable that animals (including cattle and sheep) became particularly susceptible to lice infestations after feeding on these plants.

Common name is in reference to a once believed fable that animals (including cattle and sheep) became particularly susceptible to lice infestations after feeding on these plants. Interestingly, a strong decoction of wood betony can be used to rid people and animals of lice, a possible alternative source of the name lousewort (i.e. louse = singular of lice and wort = an herb that treats) for this genus.

Lousewort (Pedicularis) is a perennial, low growing hairy plant that grows about 5 to 14 inches tall. The plant is found growing in Anthropogenic (man-made or disturbed habitats), forests, meadows and fields, woodlands, mesic to dry black soil prairies, open woodlands, sandy woodlands, savannas and sandy savannas, thickets, and borders of lakes and along roadsides and clearings. The plant normally prefers average, medium moisture, well-drained soils. The main stem is densely hairy. Leaves and stem may be green or tinged red. The plant does not have any bark.

Leaves are mostly basal, alternate up to 6 inches long and 2 inches wide, with many deeply cut, toothed, rounded, often wavy lobes around the edges and a long stalk sparsely covered in long white hairs. A few leaves much smaller than the basal leaves are also alternately attached on the stem. The leaves have a fuzzy texture from small soft hairs that also over the stem of the plant. The leaves appear fern-like and many grow from the base of the stem. Leaves remain green through the growing season.

Flowers are in a thick spike up to 3½ inches long at the top of the stem. Individual flowers are yellow, rarely reddish brown, ½ to 1 inch long; tubular with the upper lip longest and curving over the lower lip like a hood. The upper lip curves downward (like an elephant’s trunk) and functions as a protective hood, and the lower lip serves as a landing pad for insects. The lower lip may be white. The leafy bracts are lobed and toothed, with long hairs around the edges. The bracts are twisted so that the flowers are turned sideways. From the top of the plant the arrangement resembles a pinwheel. Flowering normally takes place from July to August. Flowers are followed by long brown angular capsule about ½ inches long, containing many small seeds. Seeds are swollen, sometimes winged, pitted, net-veined, striated or ribbed. It is a parasite, attaching to the roots of diverse species.