Trending
You are at:Home»Foods»What is Margarine 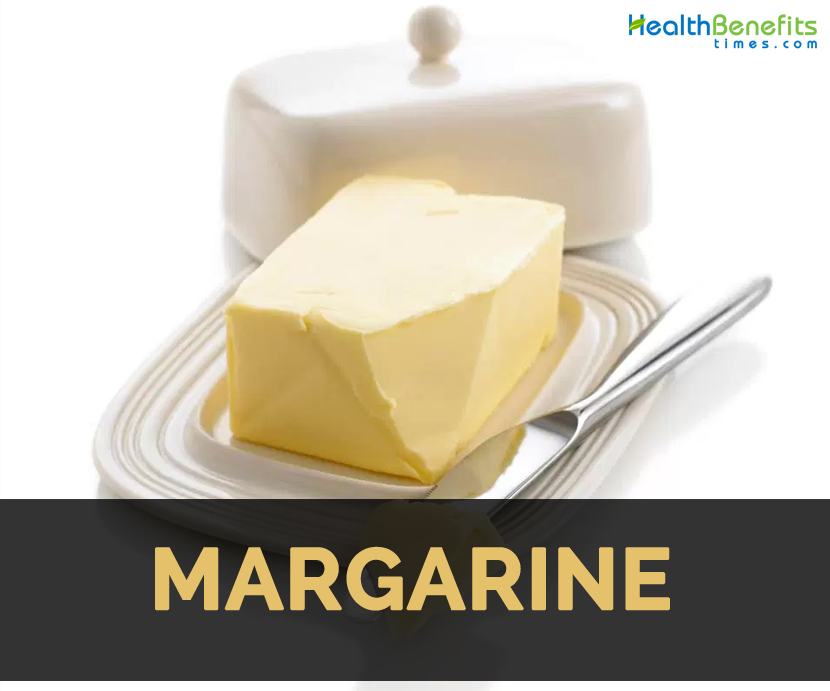 Margarine resemble butter spread which is used for baking, flavoring and cooking. It was created by Hippolyte Mege-Mouries in 1869 in France which was responding to a challenge kept by Emperor Napoleon III to make a butter substitute for beef tallow for lower classes and armed forces. It was firstly named as oleomargarine derived from Latin oleum which refers beef fat and Greek for margarite which refers pearl indicating luster. Later it was named as margarine. As butter is made from butterfat of milk, margarine is made up of water and refined vegetable oil and might contain milk as well. In United States, it is referred as oleo in some places which is a short form for oleomargarine.

Margarine comprises of water-in-fat emulsion having tiny droplets of water that is dispersed uniformly all through fat phase in stable crystalline form. Margarine is versatile in use so is used as an ingredient in other food products such as doughnuts, pastries and cookies. As it is made from vegetable oils, it contains unsaturated good fats such as monounsaturated and polyunsaturated fats. These fats help to reduce low density lipoprotein which is bad cholesterol. It is not a compulsion that margarine is made equal, some margarine might contain trans-fat. More the margarine is solid, it contains more trans-fat. So stick margarine contains more trans-fat in comparison to tub margarines. Similar to saturated fat, trans-fat promotes level of blood cholesterol and the chances of heart disease. Moreover, trans-fat reduces good cholesterol levels. So instead of stick, one should go for liquid or soft margarine.

Margarine is originated in 1813 by French chemist Michel Eugene Chevreul of margaric acid that means pearl or pearl oyster. At the time, scientists regarded margaric acid like stearic acid and oleic acid which is one of the three fatty acids that when combined form most animal fats. Wilhelm Heinrich Heintz, a German structural chemist, in 1853 analyzed that margaric acid is a combination of stearic acid and palmitic acid.

In France, Emperor Napoleon III offered prize to one who could make a alternative for butter and also suitable to use by lower classes and armed forces. Then Hippolyte Mege-Mouries, a French chemist, invented a substance which he called oleomargarine and now shortened as margarine. In 1869, Mege-Mouries patented the concept and expanded the initial manufacturing operation which has little commercial success. He sold the patent in 1871 to Dutch company Jurgens which is now a part of Unilever. The same year, Benedict Klein, a German pharmacist from Cologne founded “Benedict Klein Margarinewerke”, the first margarine factory which produces brands Botteram and Overstolz.

The key raw material in original formulation of Margarine was beef fat. Henry W. Bradley of Binghamton in 1871 received U.S. Patent 110626 for the process of making margarine which combined vegetable oils with animal fats. By late 19th century, 37 companies manufactured margarine in opposition to butter industry which protested and lobbied for government intervention that eventually lead to 1886 Margarine Act which imposed punitive fees against margarine manufacturers.

The shortage in beef fat supply linked with advances by Sabatier and Boyce in hydrogenation of plant materials increased the use of Bradley’s method and in between 1900 and 1920 oleomargarine was produced from the mixture of animal fats and unhardened and hardened vegetable oils. In 1930s, World War II led to lower supply of animal fat and butter and in 1945 the original margarine almost disappeared completely from the market. In US, the problems of supply made some changes in legislation which caused manufacturers to switch completely to vegetable oils and fats by 1950.

Mostly margarines compose of 80% fat which is a combination of unsaturated and saturated fats. Margarine has 7 to 86 percent saturated fats which depend on the type of vegetable used. Fat found in margarine possess vitamin D, vitamin A, vitamin K and vitamin E. It also contains alpha-lineolic acid which is an omega-3 fatty acid that helps to reduce the level of total cholesterol, inflammation and triglycerides. The commercial brands of margarine contain plant sterol which is added to their oils. Plant sterols help to reduce cholesterol levels.

Check the label before buying.

Margarine is used as an ingredient in food products such as doughnuts, pastries and cookies.