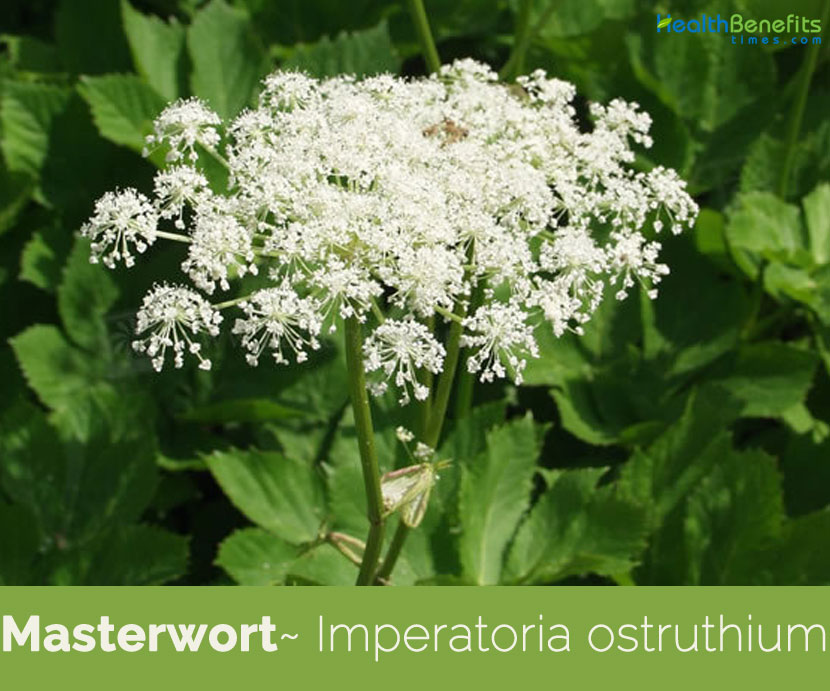 Peucedanum ostruthium or Imperatoria ostruthium popularly known as Masterwort is a species of flowering plant belonging to the celery, carrot or parsley family (Apiaceae). It is native to the mountains of Central and Southern Europe, including the Carpathians, Alps, northern Apennines, Massif Central and isolated occurrences in the Iberian Peninsula. It has, however, been widely introduced and cultivated and its native range is therefore not entirely clear. It can be a beautiful plant of any decorative or herbal gardens boasting white, pink or blue flowers. Masterwort, Imperatoria, hogfennel, Madnep, Cow Cabbage, Imperatoria, Cow parsnip, Youthwort, Hogweed, Madnep, Heracleum lanatum, Heracleum maximum and also Wooly parsnip are some of the well-known common names of the plant. The Latin name of the genus Peucedanum means “bitter” and refers to the plant’s content of bitter substances.

Masterwort, a common name shared by at least two members of the carrot family, is a clump-forming or slowly stoloniferous perennial herb that normally grows about 2 to 3 feet tall when in flower, but only half that when in leaf with a knobby rhizome (sometimes with runners) containing a milky sap. The plant is found growing in woodland, damp fields, river banks and mountain meadows. It grows best in a rich, organic woodland soil.  Leaves are rich green with a palmate arrangement and five prominent lobes, each of which is cut or incised terminally.

Flowers emerge in late spring on upright, branched panicles and appear sporadically through the summer. The flowers are technically an umbel but very different than Queen Anne’s lace and other members of the parsley family, because in Astrantia each bloom is subtended by a broad, papery bract giving the bloom heads an almost daisy-like look. Flower heads are 1 to 1 ½ inch wide and produced in considerable numbers. Bloom color of the species is white, but in most of the clones now being marketed the flowers are pink, maroon or red. Flowering normally takes place in between June to August.

The flowers of masterwort are good for fresh or dried arrangements. They are grown commercially as cut flowers, making a good, long-lasting bloom because the papery bracts persist longer than the petals of many blossoms. They are recommended for use as a stream side planting, or as an informal ground cover in open woodlands or in the mixed perennial border.

Fertile flowers are followed by round fruit that are yellowish brown with broad, pale yellow winged edge. 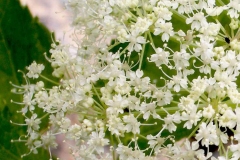 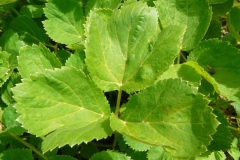 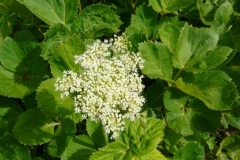 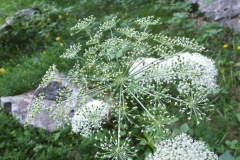 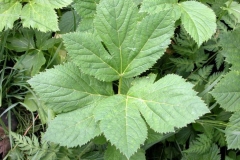 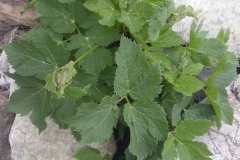 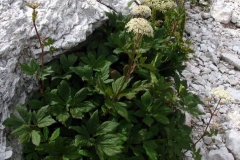 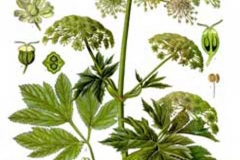 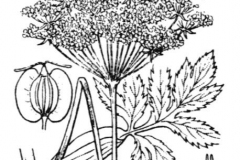 Traditional uses and benefits of Masterwort