Trending
You are at:Home»Foods»Noodles facts and benefits 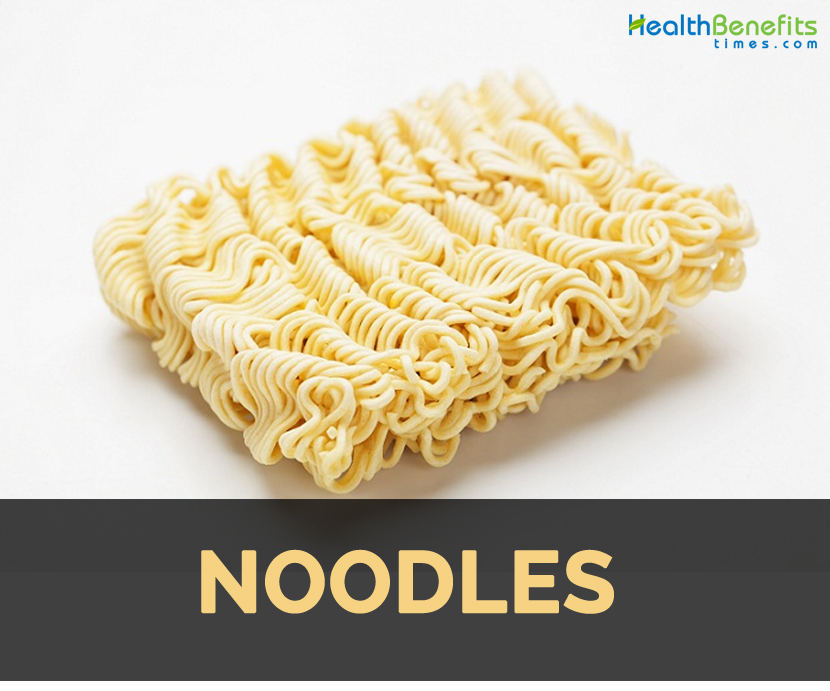 Noodles are staple foods in many Asian countries. Instant noodles are internationally well-known food and the consumption worldwide is on the top. Instant noodles have properties such as nutrition, taste, safety, convenience, reasonable price and longer shelf life makes it popular. Noodles are unleavened dough which is stretched, rolled fat or extruded and cut into one of variety of shapes. It is made from wheat flour, water, starch, salt or kansui and other ingredients which enhance the flavor and texture of noodled being cooked partially by steaming and cooked further or dehydrated by deep frying process. Instant noodles are precooked or dried noodles fused with oil and sold with a flavoring packet.

As early as 5000 BC, noodles came to China and spread to other Asian countries such as Japan, Korea, Thailand and Malaysia. Today it is one of the fastest growing sectors in world having compound annual growth rate 4%. China is the leading country in consumption of noodles followed by Indonesia, Vietnam and Japan worldwide.

Wheat flour noodles with range of materials promote fiber and protein. Nowadays, the manufacturers has responded to consumer demand for foods having high fiber content by producing foods with high fiber ingredients which impart some functional properties to foods such as increase oil holding capacity, water holding capacity, emulsification or gel formation. Generally consumers choose foods such as fruits, whole grains and vegetables as sources of dietary fiber. Hard wheat flour is the basic ingredient usually used for making instant noodles low in fiber and protein content with poor amount of lysine, an essential amino acid.

Noodles could be prepared from other flours such as buckwheat, rice, bambara groundnut and starches extracted from potato, pulses and sweet potato. Asian noodles symbolize major end use of wheat estimating more than 12% of total production of wheat for making these products.  On the basis of processing methods, noodles are categorized as dried, fresh, steamed, boiled and instant types. The basic steps for all these noodles are similar which involves mixing of ingredients (such as water, salt, wheat flour), sheeting, resting and cutting. Noodles which are sold directly after processed in this way are called fresh noodles. Usually they are dusted with fine flour or starch immediately after cutting for preventing strands from sticking each other during transportation and handling.

Asian noodles were originated in 5000 BC in China. Chicken Ramen TM was developed by Momofuku. Then in 1958, Nissin Foods of Japan produced first instant noodles on large scale. The revolution conveyed by means of his accomplishment in culinary culture. He developed manufacturing technique of flash frying noodles once it is made for developing instant noodle. This process dried noodles and provide longer shelf life. Each noodle block sold for 35 yen and become preflavored. Firstly, due to high price and novelty, Chicken Ramen was regarded as a luxury product. Eastern grocery stores sold fresh noodles for one sixth their rates. After it was sponsored by Mitsubishi Enterprise, instant noodles got enormous recognition. In 1971, Nissin cup noodles was formed which is a polystyrene cup with instant noodles and to cook the noodles, boiling water is brought for making complete instant soup dish. Moreover, innovation included dried vegetables to the cup.

Let us discuss on the health benefits offered by noodles:

Rice noodles offers 44 grams of carbs per cup. It has higher glycemic index which means body breaks it down into sugar quickly.

One bowl of instant noodles keeps one full for longer time period as it takes time to get digested.