Facts and Food Sources of Curcuminoids 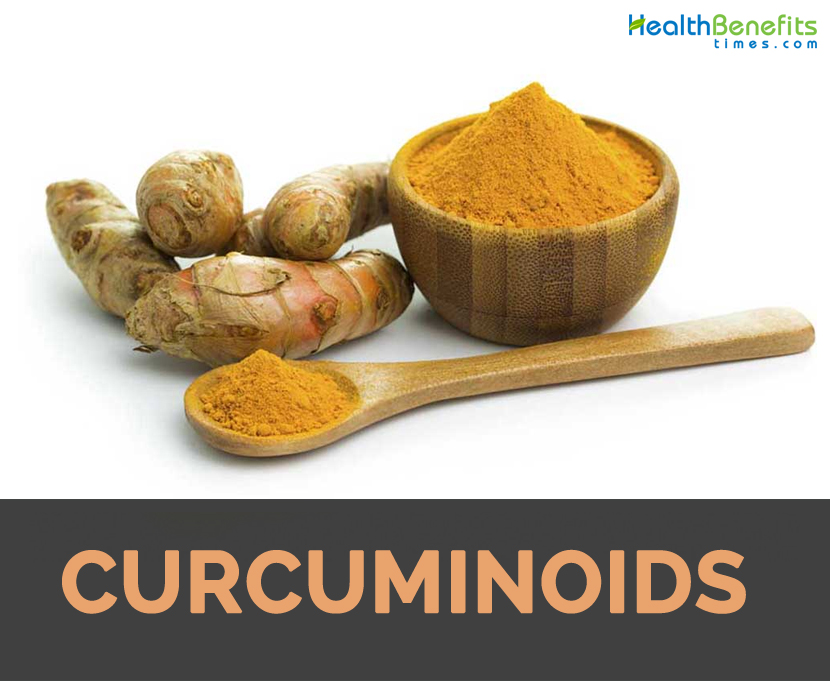 Curcuminoid is a linear diarylheptanoid having molecules such as curcumin or derivatives of cucurmin accompanying various different chemical groups which are formed for raising cucurmins solubility and make them appropriate for drug formulation. These compounds are natural phenols which forms a yellow color. The curcumin characters are not suitable to use as drugs by themselves. It has poor solubility in water at acidic or physiological pH and hydrolyze rapidly in alkaline solutions. Thus curcumin derivatives are incorporated to promote its solubility and bioavailability. Curcuminoids are dissolved in dimethyl sulfoxide, ethanol and acetone but poorly dissolves in lipids. It promotes to enhance curcuminoid solubility in aqueous phase with co-surfactants or surfactants. Some of the derivatives are incorporated which could possibly be more potent than itself. Common derivatives have various substituents on phenyl groups.

There are more than 100 species in Curcuma family and it is a characteristic of these species is yellow orange hue. Curcuminoids are the compounds responsible for this color. Three main cucurminoids are: bis-demethoxycurcumin, curcumin and de-methoxycurcumin. It account for 2 to 6% of rhizome content. Studies have shown the use of curcuminoids in medication of stroke, Alzheimer’s disease and memory deficits. The requirement to form synthetic variations of curcuminoids is that it has poor oral bioavailability and is metabolized rapidly. More than 30 metabolites of curcuminoids are identified from human samples after consumption of curcuminoids.

Now let’s discuss on the health benefits offered by Curcuminoids:

It helps to treat various skin conditions associated to inflammation. Animal study shows that curcumin to mice slashed proliferation of inflammatory cells by 50 percent and improves symptoms of psoriasis. It could be used in treating skin conditions such as scabies or radiation induced dermatitis.

It causes diabetes symptoms such as increased thirst, unintentional weight loss and fatigue. High levels of blood sugar could come up with harmful consequences such as impaired wound healing, nerve damage and loss of vision. Evidence shows that curcumin helps to maintain normal levels of blood sugar for preventing serious side effects. Curcumin helps to lower glucose production, stimulate glucose uptake, decrease inflammation and promote secretion of insulin from pancreas. Human study shows that curcumin capsules for nine months lower number of prediabetics who developed diabetes in comparison to placebo.

Diet has a major role in development and growth of cancer. Cancer combating foods such as turmeric effectively shrink tumors and eliminate cancer cells. Curcumin blocks cell signaling and inhibit cell division in various types of enzyme and growth factors which is directly associated in development of cancer. Vitro study shows that it is effective for several types of cancer including colorectal, pancreatic, lung and breast cancer as well as multiple myeloma.

Blood clots occur through a process named platelet aggregation that causes blood platelets to clump together and form a clot. This leads to some serious health problems such as deep vein thrombosis, stroke and pulmonary embolism. Research shows that curcumin adapt eicosanoid biosynthesis which is a natural process which is involved directly in inflammation. It affects synthesis of thromboxanes, a type of eicosanod that has a crucial role in formation of clot. Animal models and vitro studies resulted that curcumin inhibit aggregation of platelet to lower chances of blood clot formation and lower the chances of adverse effects on health.

High cholesterol is the major causes for heart disease. The waxy or fat like substance build in arteries causes it to harden and become narrow which causes heart muscle to work harder to pump blood. It enhances heart health by managing cholesterol levels. Curcumin lowers the level of both total and bad cholesterol in acute coronary syndrome patients. Another study conducted with intake of 500 milligrams regularly of curcumin promoted beneficial cholesterol and cause a drop in total cholesterol by 12 percent in 10 healthy human volunteers.

Body has powerful detox system build in the body: lungs helps to expel carbon dioxide, kidneys filter blood, liver flushes out toxins and intestines extract nutrients from food or excrete waste products. This system works on its own and is various ways to keep it running more efficiently discarding bacteria and toxins. Curcumin detoxify and maintain body through several mechanisms. Review reported curcumin to protect liver from disease and damage by eliminating toxins or harmful compounds from the body. I promote levels of specific enzymes involved in detoxification for preventing toxins buildup or cancer causing compounds.