Facts and Food Sources of Cysteine 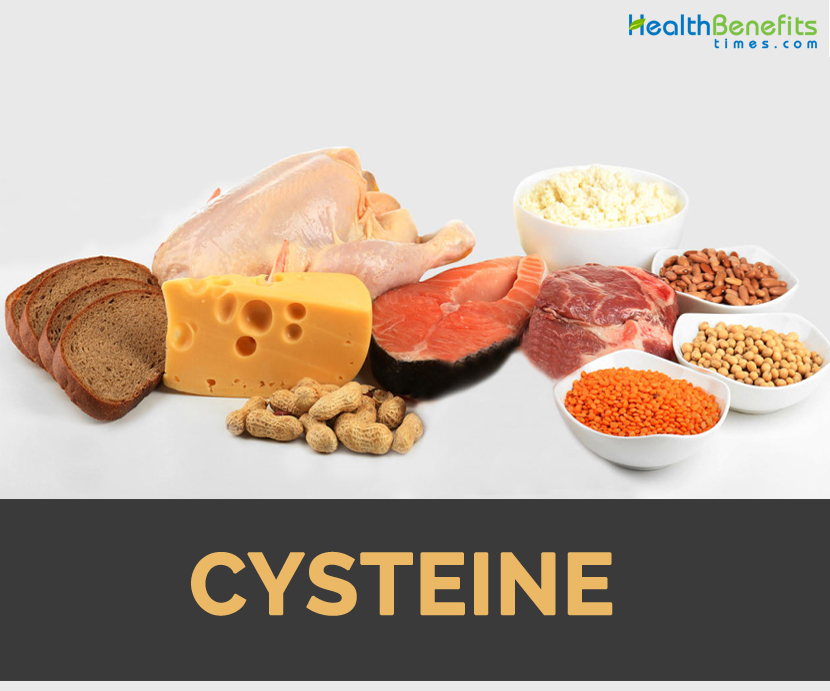 Cysteine is a semi essential proteinogenic amino acid having formula HO2CCH(NH2)CH2SH. In cysteine, thiol side chain participates in enzymatic reactions as neucleophile. Thiol is vulnerable to provide disulfide derivative cysteine which acts as important structural roles in various proteins. When used as food additive, it has E number E920 and encoded by codons UGC and UGU. Cysteine has similar structure to serine but one if its oxygen atoms are replaced by sulfur and replacing it with selenium provides selenocysteine.

Cysteine is among 20 natural amino acids as it possess thiol group. Thiol groups could undergo oxidation or reduction reactions; when cysteine becomes oxidized, it could form cysteine which is two cysteine residues combined by disulfide bond. This reaction is changeable since reductions of disulphide bond restablish two cysteine molecules. Disulphide bonds of cysteine are important to define structures of various proteins. It is involved in electron transfer reactions and assist enzyme catalyze its reaction. It is a part of antioxidant glutathione. The word cysteine is termed after cysteine derived from Greek word “kustis” which means bladder. First cysteine was detached from kidney stones. Cysteine oxidation could form disulfide bond with another thiol and further oxidation could form sulfonic or sulphfinic acids.

Cysteine is an essential source of sulfur in human metabolism and classified as non-essential amino acid. It is crucial for infants, elders and individuals having some metabolic disease and those who suffer from malabsorption syndrome. It is required for energy metabolism. It is a fundamental component of various tissues and hormones. It is clinically used for baldness, psoriasis and prevent smoker’s hack. Cysteine promotes effect of topically applied tin, silver and zinc salts in preventing dental cavities. It has a role in treating diabetes, cobalt toxicity, seizures, cancer and psychosis.

Cysteine is present in most high-protein foods which include: