Trending
You are at:Home»Foods»The Sprouted Lentils: recipes and nutritional value 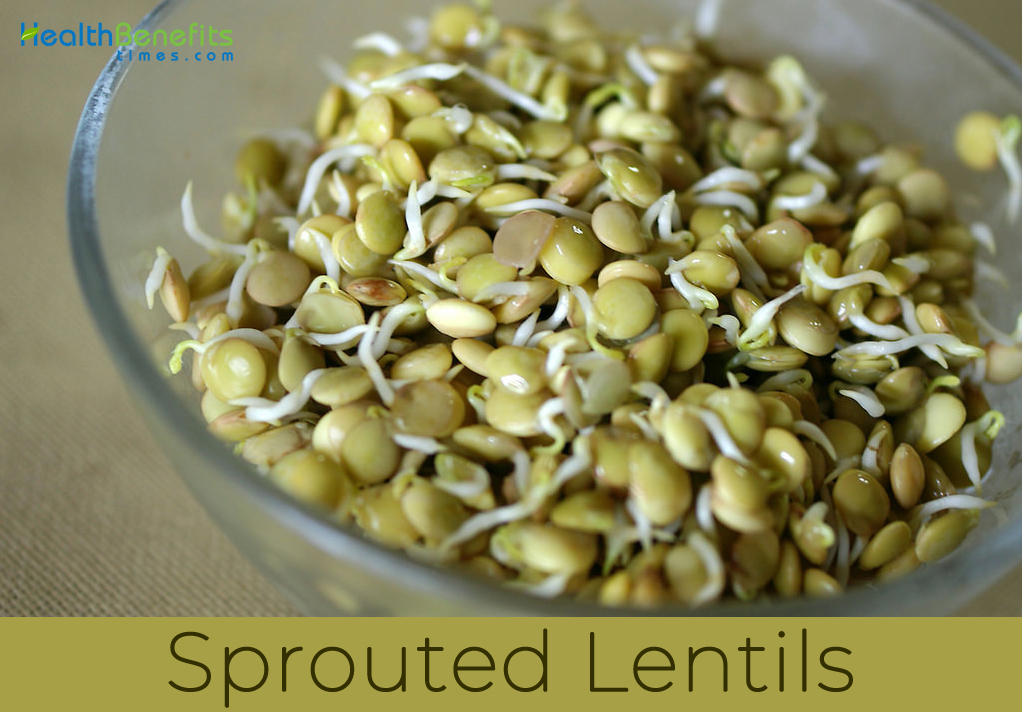 Sprouted Lentils are legumes, like beans, but they contain different levels of nutrients that are specific to lentils themselves. As a legume, lentils are high in protein, which is what legumes are typically known for, but lentils are also high in molybdenum, folate, dietary fiber, tryptophan, manganese, iron, copper, vitamin B1, and potassium, all of which are necessary for your body to function well. The most common types in the United States are either green or brown, but lentils are also available in black, yellow, red, and orange.

Traced back for thousands of years, sprouts have been referenced in history for medical and other nutritional reasons. In 1282 B.C., Shen-Nung, the Emperor of China, reported how good he was at growing mung beans himself. Whether or not he used the term “sprouted” or even knew what this report would do for the future of sprouting in the world, this record shows that sprouting was happening domestically thousands of years ago.

Throughout history, food has been used not only as nourishment but also to heal. In early civilizations, food and plants were the only things available to people when it came to curing diseases or treating infections, headaches, and stomachaches. Many of those early people found that certain foods did have healing powers and began to use them for medicinal purposes, as well as to feed their families and keep them healthy throughout the year.

Throughout history, some cultures and groups have documented using seed, legume, and grain sprouts for medicinal cures and nutritional reasons, as well as recording simple things like how they grew new plants or sprouts on their own. Historically, in Chinese culture, many families were known to grow sprouts themselves because sprouts, whether from seeds, legumes, or grains, were a low-cost food to produce and provided impressive nutritional benefits.

One other historic recorded use of sprouts is from the 1770s. Captain James Cook was looking for cures and solutions for his ship’s crew because the sailors were getting sick while out at sea. When a large number of his crew were found to have scurvy caused by the extreme lack of vitamin C, Captain Cook began to use sprouts as one way to easily give his men more vitamin C to help keep them healthy while they were onboard the ship. Along with citrus fruits and other vegetables, the regular use of sprouts in the men’s diets cleared up the scurvy and solved one of the biggest health problems they were facing.

Traditional use and modern fact:

Lentils have phytic acid in it which is difficult for the body to digest. Sprouting nullifies the phytic acid letting more vitamins as well as minerals could be absorbed by the body as digested. Sprouting means the germinating process that changes the composition of lentils. It also promotes the amount of beta carotene and B vitamins. It also helps to break down the sugars which are the cause for forming intestinal gas.

Sprouted lentils offer the macronutrients such as protein, carbohydrate and fat. The serving size of half cup grants 3.5 grams of protein required to form healthy tissues, skin, bones and hair. Moreover, sprouts offers 7.5 grams of carbohydrates and 0.25 grams of total fat. Carbohydrates and fats are the elementary source of energy for the cells. Sprouted lentils also curb the intake of calories. The serving size of half grams of lentils provides 41 calories.

Sprouted lentils also grants copper and zinc. Zinc is crucial for regulating enzyme activity and has a crucial role in cell communication; prevent free radical damage to the cells and hormone production. It also maintains the tissue health, allows formation of ATP and upgrades nerve communication. Half cup of sprouted lentils offers 136 micrograms of copper i.e. 15 percent of daily recommended intake for adults. It provides 0.6 milligrams of zinc i.e. 8 percent of daily recommended intake of zinc for women and 6 percent for men.

Sprouting lentils extends the Vitamin C content. It encompasses 6.5 milligrams of vitamin C per half cup. Vitamin C is required for functioning of brain, facilitate iron absorption from food and supports immune system. The diet with high Vitamin C reduces the chances of cancer. Half cup of sprouted lentils helps to derive 9 percent of daily recommended intake for women and 7 percent for men.

Sprouts promote flow of blood and erectile dysfunction could be treated with an intake of sprouts. Promoting blood flow lowers the chances of heart attack. Increase in flow of blood controls the cholesterol level.

Sprouts have high content of Vitamin A which supports hair growth, minimizes night blindness, enhance sperm health and improve eyesight. It is essential for development of brain and assists to maintain overall health. Regular intake of sprouts prevents macular degeneration and formation of cataracts.

Sprouts effectively prevents anemia. The low level of red blood cells promotes fatigue. The stomach conditions such as nausea could be prevented with an intake of adequate iron levels in the human body.

Sprouts prevent the chance of constipation and diarrhea. High fiber content minimizes the chances of colon cancer and also cleanses the bowel system. It ensures absorption of nutrients and also provides more strength.

Sprouts have ample amounts of omega-3 fatty acids and improve heart health. It upgrades HDL cholesterol in the body. Sprouts also lower the stress on heart muscles. High content of potassium assures to manage blood pressure and control the chances of strokes. It also improves the oxygen level in blood.

Sprouts assist in providing glowing skin and also prevent occurrence of skin cancer. Sprouts have high content of Vitamin B which assists hydration of skin as well as speeds up regeneration of cells. It upgrades the collagen production and also prevents occurrence of acne. It lowers the occurrence of wrinkles and also reduces other forms of aging. It detoxifies the body and performs internal cleaning and benefits skin.

How to sprout Lentils

Lentils have the most variety when it comes to sprouts. People can find different colors and sizes of lentils to sprout at home, giving your dishes a nice pop of color.

Lentils and pizza aren’t two words normally associated with each other. But this salad takes all the great flavors of pizza and mixes them together with heart-healthy and filling lentils.

How to make Lentil Pizza Salad

Since lentils have a subtle flavor of their own, using them in Mexican-spiced recipes transforms them into a dish where lentils wouldn’t normally be used.

How to make Lentil Enchilada Casserole

To speed up prep time, you can use fresh raw almonds and cashews (without soaking them), and sun-dried tomatoes, available marinated in olive oil, which are ready to use when you’re ready to cook. This spicy soup is delicious served with couscous.

How to make Moroccan Lentil Soup

Sprouts are known to cause E. coli bacteria, salmonella and virus attack in the body. It takes place when low quality sprouts are used. It makes people to be more prone to diarrhea, fever and abdominal cramps. When developed in wrong way provides the harmful bacteria to thrive and neutralizes the beneficiary effects on the body.