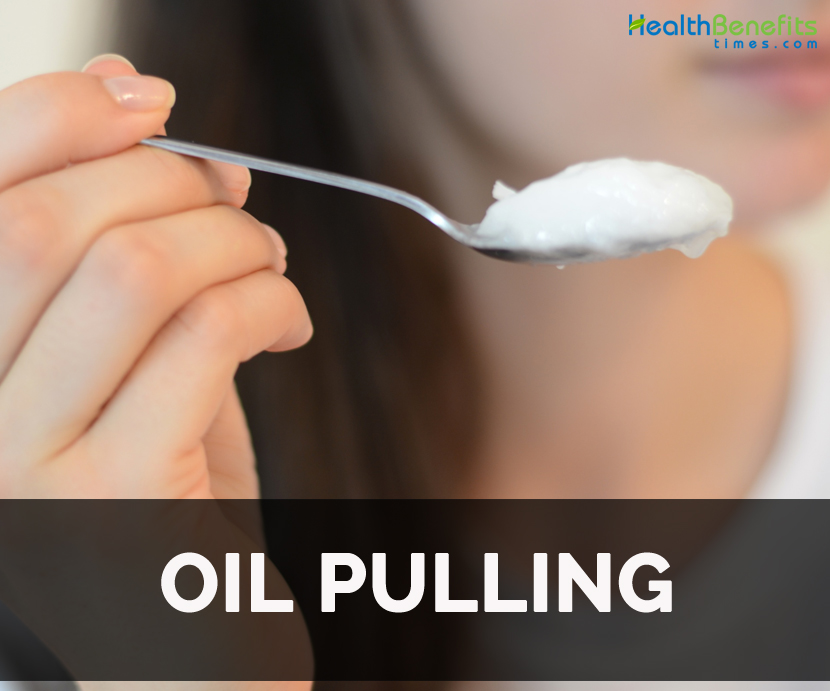 The traditional Indian folk cure which promote the oral hygiene and eliminates toxins from the body. The process includes swishing of oil in the mouth for eliminating bacteria that could turn into a plaque and makes the teeth appear yellow. Any oil could be used to perform oil pulling. Most of the people prefer coconut oil due to its various properties and furthermore health benefits. Coconut oil has lauric acid that helps to lower inflammation and wipe out bacteria. Oil pulling is done by putting a tablespoon of oil which might be olive oil, sesame oil or coconut oil and swish it for about 20 minutes. While spitting, the oil should be thin white foam. The clear or yellow oil shows that it is not done enough. After the oil is spit, it should be rinsed well.

No one could imagine their life without flossing or brushing the teeth regularly. Tooth brushing has become the part of life. Until 1930s, nylon toothbrushes had not become the part of Americans. For thousands of years, our ancestors did not use brush their teeth. It was introduced in India as healing practices in Ancient Ayurveda. It was formed by Ayurveda 3000 to 5000 years ago. Sesame oils and sunflower are used for the prevention of decay, bleeding gums, oral malodor, throat dryness, strengthen teeth and cracked lips.

Oil pulling has antiviral and antibiotic properties which help to clean as well as brighten the teeth. One should perform it for about two weeks to see the results.

As oil pulling clears the toxic waste from the body it helps to increase the level of energy. Oil pulling reduces the bodily works.

The presence of germs is the cause for diseases, inflammation and illness. It eliminates toxins from the body before it spread.

It helps to balance the hormonal changes and its functions.

Migraine and headache is caused due to the under toxic stress. Oil pulling helps to eliminate bacteria from the body due to which these conditions could be treated.

Oil pulling effectively reduce tooth cavities and eradicates bad breath. It eliminates Streptococcus mutant bacteria and other microorganisms which are responsible for tooth decay. It also deals with plaque-induced gingivitis.

In Ayurvedic medicine, it is regarded as an oral detoxification procedure which is done by putting a tablespoon of coconut oil, sesame or olive oil and swishing it in mouth for around 10 to 20 minutes. It cleans the oral cavity. It extracts the toxins from the mouth. It provides adequate flow of dental liquid which is essential for the prevention of diseases and cavities. Coconut oil should be used for oil pulling to whiten the teeth.