Trending
You are at:Home»Health & Beauty»Only Cardio won’t help you lose much weight 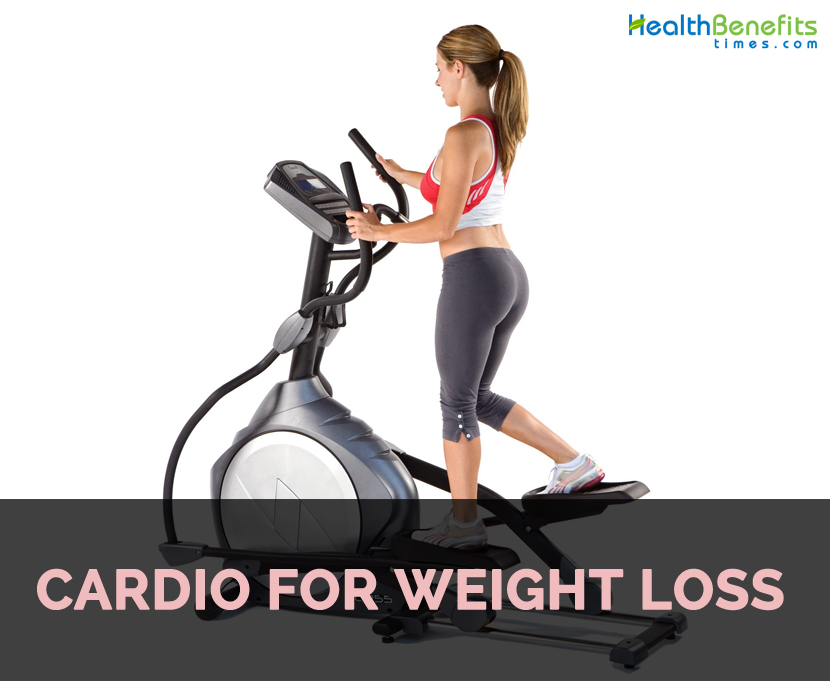 This being said, the reality is that most people who pose the question “what about my cardio?” couldn’t care less about their blood vessels, arteries, or the health of their hearts. They’re way more interested in losing body fat and have been told that cardio equals aerobic, and aerobic equals fat burning. This is simply a misconception built upon a false assumption.

To be sure, there is no such thing as a “fat loss exercise.” Any fat that you see is simply a sign that a surplus of energy has been consumed. And any energy consumed beyond that which the body requires to fuel its vital life processes and activity levels is simply stored in your body in the form of fat cells. With beauty and weight loss advice, visit Online Magazine for Women sure to inspire a whole new look.

All exercise first draws energy from a limited supply that exists within the muscles in the form of adenosine triphosphate, or ATP. When this supply runs out the body will utilize whatever glycogen is stored in the particular set of muscles that are being trained. When the glycogen supply runs down, the body will start to manufacture more glycogen through a process that takes place in the liver known as gluconeogenesis. If the muscular activity that one is engaging in is carried on beyond this point, oxygen will be required and the preferred fuel will be fatty acids. Once this happens, then continue activity (assuming the pace isn’t too demanding) for a long period of time. A pound of fat, for example, contains a lot of energy—somewhere between 3,500 and 4,400 calories. However, if looking to burn a pound of fat from running, it might help to know that depending on weight running a mile outside or on a treadmill will burn approximately 100 calories. Do the math: Are you prepared to carry on your running activity nonstop for 35 to 44 miles in order to lose one pound of fat? And even if you are that dedicated, the amount of fat you will end up losing through such increased activity is much lower than you probably realize. A study published online in September 2009 in the British Journal of Sports Medicine reported that 58 obese people who completed 12 weeks of supervised aerobic (“cardio”) training (which consisted of five cardio workouts per week) lost an average of a little more than seven pounds, with the majority losing less than half that amount. As you can see, low-intensity cardio activity simply doesn’t burn that many calories. According to Dan Carey, PhD, an assistant professor of exercise physiology at the University of St. Thomas in Minnesota, who studies exercise and metabolism, “Walking, even at a very easy pace, you’ll probably burn three or four calories a minute.”24 This is over and above what you might burn if you were sitting in a chair.

Without some sort of dietary reduction (calories, carbs, fats, proteins, etc.) fat loss from exercise alone is at best an exercise in futility. Every client I’ve ever had who has decided to add, say, running to a reduced-calorie diet in order to lose fat has ended up with a diet that isn’t so calorie reduced, as the body sends very strong biological prompts to replenish the energy that was output during one’s daily runs. In fact, an interesting study by Harvard University was reported in the Daily Mail in which the results of 64 individuals who were put on a marathon running training program in an effort to lose weight were analyzed. The results showed that 78 percent of those involved didn’t lose any weight at all. Only 11 percent lost any weight, and this was washed out by the fact that the remaining 11 percent gained weight. And of those that gained weight, almost all of them were women. The study reported that three quarters of the women in the study reported eating more food. You’ve heard the phrase “working up an appetite”? Well that’s exactly what happens when you output a steady stream of energy on a frequent basis; your body wants it back—with interest. Do this several days a week and pretty soon the body’s demand for inputting energy back into the system will quickly outweigh the mind’s willingness to restrict energy input.

The ultra-thin athletes that people see gracing the pages of running magazines had a genetic predisposition for being thin long before they began running. In other words, they were thin prior to their running, not because of it. Such a body type (ultra-thin) is the ideal body type for successful running, particularly running marathons, since less body mass has to be transported (less muscular work, less energy output) over the distance and the duration of the run.

Since the activity of running burns so few calories, one has to wonder how it somehow became associated in so many people’s minds with fat loss. Again, it certainly couldn’t be the calorie-burning component of the activity—unless one is running so often and for so long that you simply don’t have time or opportunity to eat, which is rather a convoluted way to avoid putting food in the mouth (and more a testament to one’s lack of self-control than it is to the diligence paid to one’s exercise program).

Most personal trainers of any experience know that a six-pack is made in the kitchen—not in the gymnasium or on the running track. This became evident to me during an informal study that we conducted some years back, wherein 33 clients were put through a 10-week diet and strength-training program that saw them eat a balanced but calorie-reduced diet. Every two weeks their energy intake was reduced by 100 calories until the men were only consuming 1,300 and the women 1,000 calories a day for the final two weeks of the study. The subjects had been training for a year prior to starting the study and their ages ranged from 20 to 65. Prior to the study their body composition was tested and it was continuously tested every two weeks once the study started. The subjects started off with a workout consisting of one set each of six different exercises and trained but once a week. After two weeks their number of exercises was cut back from six to four, and the subjects’ body composition was tested to see how they were progressing. For the first five weeks of the study whenever the subjects were tested it was discovered that not only had they lost fat, but they had also lost muscle, which had not been expected or desired. In an effort to correct this, the subjects’ workout volume was cut back to one set each of three exercises and when their composition was tested again it was noted that they didn’t lose any more muscle, but they did lose more fat. So, to test a hypothesis, the group was then divided in two, with half of them sticking with the three-exercise workout once a week, and the other half performing a two-exercise workout once a week. And to our surprise, when the data was examined at the end of the study, the group that had reduced the volume of their workouts to one set of two exercises and trained but once a week gained twice as much muscle and lost twice as much fat than did any other group. Indeed, when the data at the end of the 10-week study was examined more critically, it was discovered that a workout consisting of two sets once a week outperformed a three-set workout, a four-set workout, and a six-set workout—despite the subjects being at their lowest calorie intake during the entire program.

What this study revealed was the fact that when calories are restricted in a fat loss program (which they need to be if fat loss is the goal), a two-minute exercise program contributed more to the fat loss process than did exercise programs of longer duration. Again, the reality is that exercise doesn’t burn that many calories, and doing as much exercise as one can tolerate (as in the case of the marathoners) can actually cause to gain weight, as it will spike your appetite dramatically. Further, losing body fat can be a very stressful process to the body, resulting in stress hormones making an impact on physiology and metabolism. Just the act of reducing daily energy intake is stressful to the body. And when the body is under stress, burdening it with a frequent stress-producing activity (such as exercise) may result in the body becoming reluctant to let go of its stored energy (body fat), as with all of this energy going out and very little coming in, the body perceives that it is in a low energy-yielding environment that is threat to its survival. Consequently, fat (which is stored energy after all) becomes a very desirable thing to have around.

In conclusion, one doesn’t require daily cardio sessions in order to lose body fat. It’s not that such activities don’t burn calories—they do, and, if calorie intake is closely regulated, such activities can contribute to burning some body fat—but they just burn so few calories that they’re not really worth engaging in, particularly given the high wear and tear factor of most cardio exercises. I do believe that it is important that one remain active, however, as this sends the appropriate metabolic message to the brain that all is well and that carrying stored body fat is not necessary as you are quite capable of moving and, thus, locating energy (food). However, it isn’t necessary to have a regimented cardio session performed at a modest level of intensity for it to be that way. All that’s required is for one to be normally active.

One must keep in mind that every time one outputs energy—however low the intensity—one is going to receive a strong biological prompt to input energy back into the system again. And if one outputs energy on a daily basis that is at a level that is higher than normal, it’s going to take a will of iron to resist those constant internal signals telling you to replace the energy that you’ve used up through activity. This is precisely why the sales of “cardio” machines, such as treadmills, have never been higher, and yet our national levels of obesity have also never been higher.