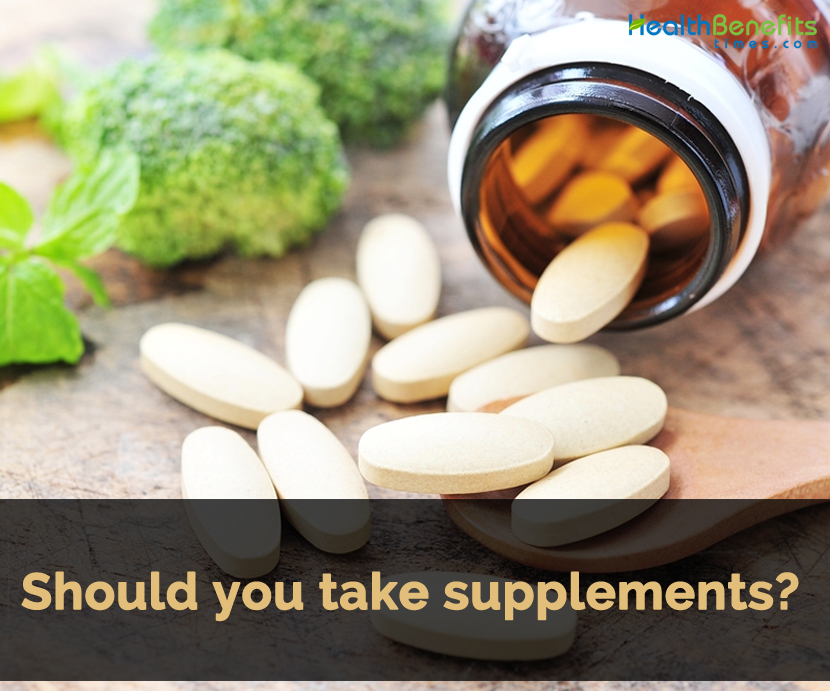 If there is a single area of sports nutrition that is constantly changing (in terms of the products being marketed) and which athletes are always interested in its dietary supplements. Supplementation is considered to be the third tier of the pyramid (after overall daily nutrition and around workout nutrition) in terms of what athletes should concern them with. Dietary supplements are divided into several categories:

Supplements are categorized into three categories in terms of their relative importance. The first is simply general supplements, actis as nutritional insurance or essential nutrients (such as fish oils) that almost all mixed sports athletes can benefit from. Once those have been taken care of consistently, supplements that directly impact on performance and which have good research backing should be considered. Once that tier has been taken care of, various supplements such as esoterica can be considered.

The tip of this pyramid should only be considered by athletes who have all aspects of both their overall diet, around workout nutrition and other supplements taken care of. Simply, esoteric products can, at best, offers the final tiny percentage point for performance and recovery. Worrying about that when the majority aspects of diet and supplementation have not been taken care of consistently is pointless.

As noted above, general use supplements are those products that basically all athletes can not only benefit from but probably should at least consider. Unless they are correcting a frank deficiency, general use supplements don’t generally generate vast noticeable improvements in performance per se; rather they simply support overall health and daily nutritional requirements.

Many of the nutrients discussed below are simply those that are commonly deficient among athletes, others (e.g. vitamin D, fish oil) are usually deficient in just about everyone. Generally, these supplements should be taken with meals and doses can be split morning and evening and taken with meals.

Athletes need increased amounts of vitamins/minerals due to their heavy training so they require increased nutrient intake. It is considered that a basic one per day multi-vitamin/mineral a cheap nutritional insurance. It won’t hurt and may correct and/or prevent any minor deficiencies that might occur otherwise. Athletes who are obsessed with such can buy cheaper products and simply take two per day split morning and evening with meals.

It is noted that men, especially those who eat a lot of red meat, may want to find a product that does not contain iron. Women, due to their propensity to develop anemia (due to both dietary choices and monthly blood loss) should choose a product containing iron.

Moreover, athletes should not ignore vital aspects of their overall diet with the use of multi- will ‘cover it’.

Protein powders have been staple of athletic nutrition for decades and exist somewhere between food and a supplement. While obtaining all but the highest intakes of protein can generally be done with nothing more than food, protein powders contribute convenience and flexibility for athletes who have problems in fulfilling their protein needs. They can be especially valuable when athletes travel and may have their normal food patterns disrupted.

Commercial protein powders  is a losing proposition; one will pay twice as much for half the product and recommended that athletes find reliable online suppliers to purchase protein powder in bulk.

If there is a single nutrient that is almost impossible to achieve adequate amounts of from the modern diet (outside of the handful of people who eat a lot of fatty fish), it’s the w-3 fish oils. In a very real sense, fish oils ‘do everything’ and impact on not only overall health but help to restrain inflammation, promote oxidation of fat, hinder storage of fat and a host of others. It’s a list of benefits that seems almost too good to be true but the research is there.

Due to their general unavailability in the food supply, supplementation is almost necessary and both pills (different amounts of the active EPA/DHA) & liquids are feasible. Both are acceptable and some people simply prefer the liquids (which can be used on salads or in blender drinks) to pills (which often cause burps).

Years ago, flaxseed oil was suggested as a source of the essential fatty acids as it contains the parent fatty acid that can be converted into EPA/DHA. However, that conversion is exceedingly inefficient in most people (vegetarians appear to be an exception to this for some reason) and flax is not an acceptable substitute for fish oil supplementation. Athletes find an omega-3 fatty acid source that they like and consume it daily.

While little research has examined athletes, it is recommended an intake of EPA/DHA of 1.8-3.0 grams per day. A fairly standard capsule of fish oils may contain 120 mg EPA and 180 mg DHA (300 mg total fish oils) so that daily dose would require 6-10 capsules per day which should be split at least morning and evening (taken with meals).

Higher concentration fish oils are available (at a premium cost) but may be preferred by athletes who don’t like swallowing pills. One should aim an intake of 1.8-3 grams of total intake per day.

Calcium deficiencies are  possible in athletes; if athletes won’t consume dairy products. And from an overall health issue, calcium is critical, perhaps more so for female athletes to ensure good bone health later in life.

Of course, telling athletes to take something on health grounds is often a losing proposition so consider that a great deal of research suggests that calcium (and dairy calcium more than other forms) may improve body composition.

A minimum daily intake of 1000 mg calcium is recommended and noted that a serving of dairy foods will contain approximately 300 mg. Intake of 3 servings per day of dairy fulfills the calcium requirement. If intake is less than this, supplement is required to fulfill the calcium needs (multi-vitamin/mineral pills does not contain sufficiently).

Calcium citrate is the preferred form and most calcium products will contain some Vitamin D as well.  The calcium supplements should bee split into two doses, consume one in the morning and other in the evening evening with meals.

It’s not an exaggeration to say that concerns about Vitamin D levels are currently a ‘hottopic’ in nutrition. And while Vitamin D can be made by the body (through exposure of the skin to sunlight), it’s turning out that Vitamin D deficiencies are absolutely epidemic, especially for people who work indoors and/or live in cold weather countries where sun exposure is minimal.

Athletes who are forced to train indoors for weather reasons are potentially at risk as well. This is true even of athletes who train outdoors part of the year as Vitamin D levels in the body fall fairly quickly when regular sun exposure is eliminated.

Unfortunately, determining serum levels of Vitamin D consumption to determine optimum levels of supplementation requires blood work. Athlete with access to testing should strive for levels of 50 ng/ml or higher. It requires 100 IU’s of Vitamin D to raise serum levels by 1 ng/ml and athletes having access to blood testing can determine their dose that way ( to promote levels from 30 ng/ml to 50 ng/ml requires 2000 IU’s per day).

Failing that, a daily supplementation level of 2000-4000 IU’s should be safe and reasonable for most (Vitamin D supplements should be taken with a meal that contains dietary fat).

For athletes who don’t want to take yet another pill, tanning once or twice weekly provides another way to obtain Vitamin D.

Both zinc and magnesium are usually deficient in athletes; zinc is often low in athletes who avoids red meat and magnesium is lost rapidly during heavy training. Both are critical for optimal performance and various processes important to athletes. As well, many find that the combination of the two taken at bedtime helps with sleep, a process critical to overall recovery.

On average, a daily supplement of 25 mg of zinc (any form is basically fine) with 400-500 mg of magnesium (citrate is the preferred form) taken 30 minutes before bedtime helps many go to sleep. Various commercial zinc/magnesium products contains B-6, this seems to hurt sleep for some people and so it is suggested to purchase the ingredients separately if they are taken. Magnesium oxide, most common form of magnesium is poorly absorbed so citrate is the preferred form.

A supplement that is insanely popular with bodybuilders (who think it builds muscle, which it doesn’t), glutamine is an inessential amino acid that is heavily involved in immune system function. Given the propensity of athletes to suffer problems with their immune system secondary to heavy training, anything that helps support the immune system is potentially good.

Research on glutamine and immune system function concludes mixed result. Some finds that it applicable while other work does not.

From a purely experiential standpoint, it is concluded that the consumption of high doses of glutamine and Vitamin C at the first sign of a cold tends to stop it in its tracks. Two to three grams of glutamine with 500 mg of Vitamin C taken multiple times throughout the day seems to do the trick.

Anti-oxidant refers to a substantial number of different compounds (including but not limited to Vitamin C, Vitamin E, Vitamin A, Beta-carotene and many others) that help to scavenge free radicals in the body. Free radicals are formed during heavy exercise and early ideas held that this was damaging to the body.

Additionally, while research on diets that are high in anti-oxidants (e.g. whole food diets containing lots of fruits and vegetables) often find health benefits, studies with  isolated anti-oxidants do not obtain the similar results. This again points to the importance of obtaining most nutrients from whole foods rather than isolated pills.

It is not recommended an intake of high-dose isolated anti-oxidants for mixed sports athletes. An exception is the high-dose Vitamin C/glutamine combination mentioned above when an athlete starts to feel a cold coming on. This is true during primary training phases where excessive supplementation of anti-oxidants have the possibility to impair optimal adaptation.

However, during the season, when the goal is primarily to survive competition (which may be very frequent depending on the sport), supplementation may be useful. Some athletes report decreased soreness and improved recovery with supplementation. Since the goal in season is competition and not improving fitness per se, this may be worth considering.

So while avoiding anti-oxidants during the main training period is probably the best course of action, there may be some merit to supplementation to survive the competition season.