Trending
You are at:Home»Foods»Soybean sprouts Recipe and Nutrition 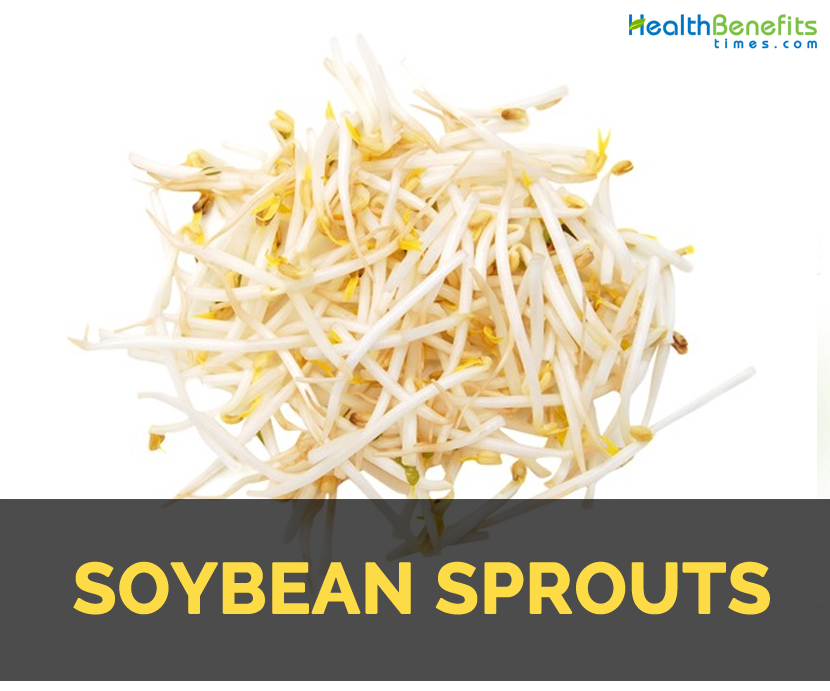 Being a versatile and inexpensive legume, Soybeans are used in various recipes. Due to its low germination rate, soy sprouts are considered to be done when 50% of them are sprouted. Soybean sprout is a culinary vegetable cultivated by sprouting soybeans. It could be cultivated by placing or watering sprouted soybeans in shade till roots grow long. These sprouts are consumed and cultivated extensively in Korea.

Soybeans are crucial part of typical Korean diet due to its oil, protein and other components. Soybean seeds possess average of 20% oil and 40% protein on dry weight basis. Remaining 40% comprises of vitamins, carbohydrates, minerals, phytochemicals and other minor elements. Sprouts are common vegetable for centuries. Soybean sprouts are used in various recipes such as soy sauce, in soup, mixing with rice or as a fresh salad.

Soybean sprouts are used for consumption of human for more than 5000 years. It possess delicate and distinctive flavor and provides various required nutrients.

Assumed, Soybean sprouts are consumed since the Three Kingdoms of Korea. In early 13th century medical book, Emergency Folk Medicine Remedies, records of kongnamul cultivation was found which was published in Goryeo. During foundation of Goryeo, Bae Hyeon-gyeong, a Taebong offered Soybean sprouts to starving soldiers.

In Farm Management, Joseon farming & living book, cooking methods of Soybean sprout dishes were listed. Literally Miscellany of Seongho, a Joseon document, stated that soybean sprouts were used by poor to make juk i.e. rice porridge. An essay collection from Joseon era, according to Complete Works of Cheongjanggwan, soybean sprout was regarded as the main food consumed at the time of famine.

Soybean sprouts possess nutritional components such as riboflavin, isoflavones and niacin with amino acids, crude protein and lipids. It has high content of micro and macro elements such as zinc, sodium, potassium, copper, magnesium, phosphorus, iron, manganese and magnesium. The presence of constituents in cotyledons and hypocotyls depends on the variety of soybean. Soybean sprouts helps to lower the chances of cancer, cardiovascular diseases due to the presence of various health promoting phytochemicals having high antioxidant properties. Moreover, anti-nutritional factors such as trypsin inhibitors, hemagglutinin and lipoxygenase reduce during sprouting.

Put the Soybean sprouts in plastic or zip-lock containers and refrigerate. It should be used within two days.