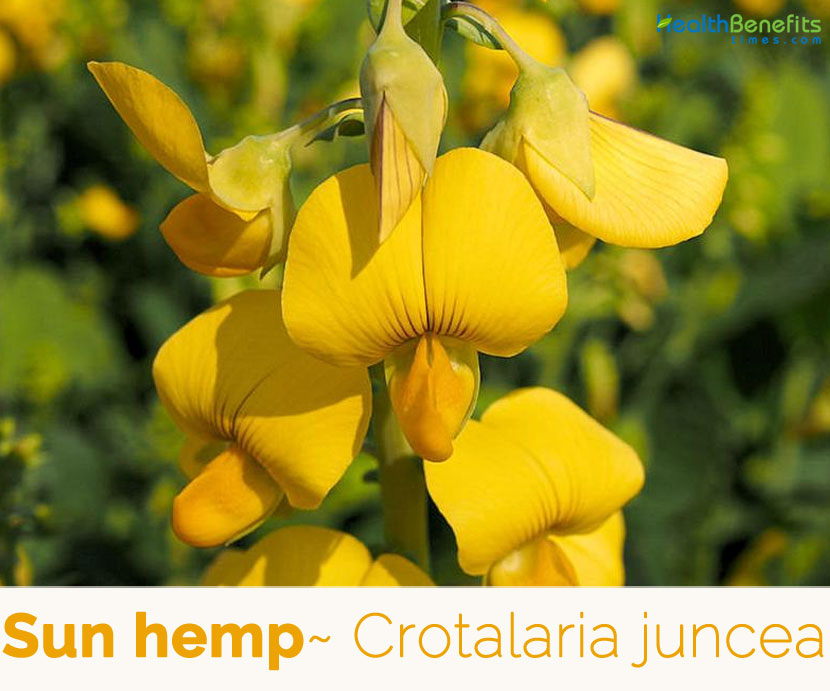 The genus name Crotalaria means rattle and is indicative of the noise made by the seeds shaken in the mature pods. The species name juncea was given to this plant by Linnaeus because of its resemblance to Spartium junceaum L., the Spanish broom of the Mediterranean region with its green rush like, scantily-leaved branches. Crotalaria juncea is the fastest growing and most important species of the Crotalaria genus. Sunn hemp is not related to industrial hemp or marijuana. It is actually in the genus Crotalaria but it is not toxic to livestock like Crotalaria spectabilis. The plant is considered as a source of green manure, fodder and lignified fiber obtained from its stem. Sunn hemp is also being looked at as a possible bio-fuel. It can be an invasive weed and has been listed as a noxious weed in some jurisdictions.

Sunn hemp is a multipurpose, short-day, annual, erect shrubby, tropical and subtropical legume that grows about 1 to 4 m tall. The plant is found growing in scrub jungles, dry deciduous forests, and sparse forests and along trails. The plant grows best on fairly light textured soil like sandy loam or loam of at least moderate fertility. It also grows well on clay soils and will tolerate low fertility providing that soils are well-drained. The plant has well developed, long, strong taproot with lateral roots, and much branched and lobed nodules, up to 2.5 cm in length. Stem is up to 2 cm in diameter, cylindrical and ribbed with short appressed hairs.

Leaves are simple, about 2.5-10.5 cm long, and 6–20 mm broad, linear or oblong, obtuse or sub-acute, apiculate, pubescent on both sides, hairs appressed and silky. Leaf-stalk is about 1.2-2.5 mm long. Stipules are almost absent. 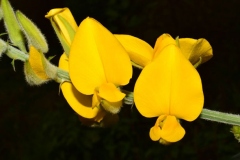 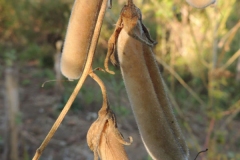 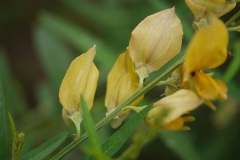 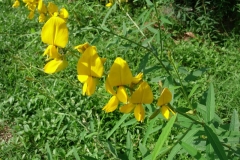 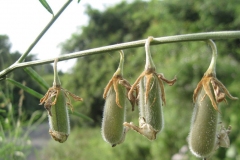 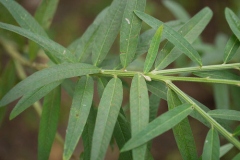 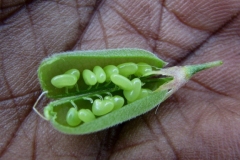 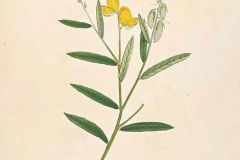 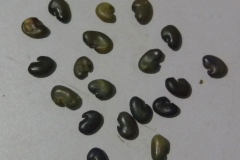 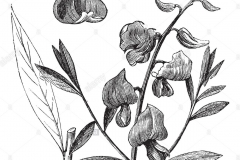 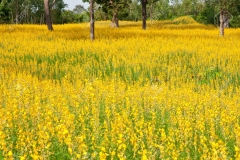 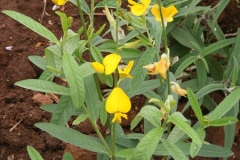 Flowers are bisexual, zygomorphic, and 5-merous. Calyx is 1.5–2 cm long, covered in short brown hairs with some longer ones interspersed, lobes 3–4 times as long as the tube.  Corolla is bright yellow; with elliptical standard faintly reddish marked or tinged wings a little shorter than keel. Keel is 17–22 mm long, with a long, slightly incurved twisted beak; stamens 10, all joined in a sheath open at base. Ovary is superior, 1-celled, style curved and small stigma.  Flowering normally takes place from May to September.

Fertile flowers are followed by cylindrical hairy pod that is 3-6 cm long and 1-2 cm in diameter, short, velvety hairy and about 6–12-seeded. They are green when young turning to light brown as they matures. Seeds are small flattened, oblique, cordiform, 6-7 mm long, heart-shaped, grayish olive, dark grey or dark brown to black and loosened in the pod at maturity.