Trending
You are at:Home»Herbs and Spices»Health benefits of Tonka Bean 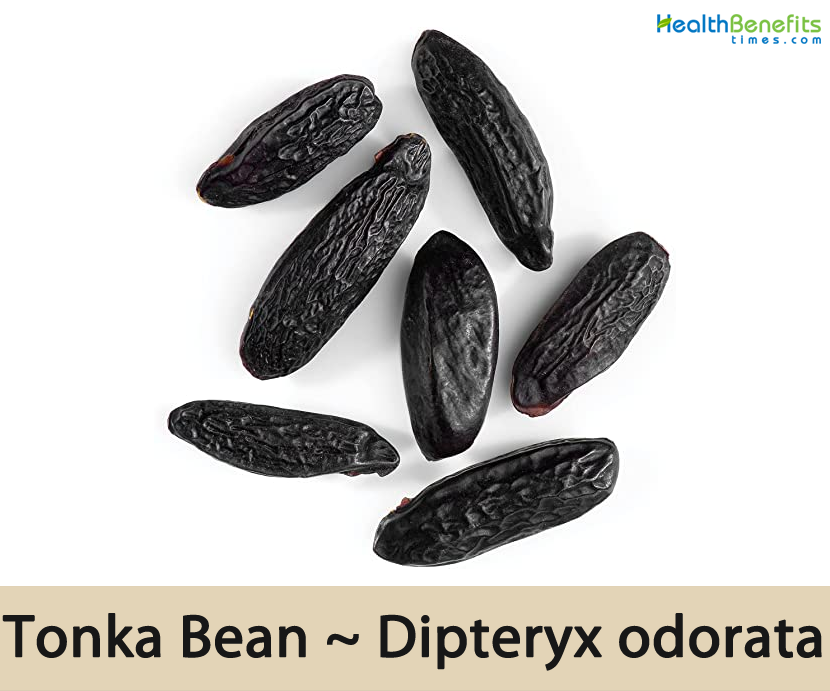 The word “tonka” is taken from the Galibi (Carib) tongue spoken by natives of French Guiana. It also appears in Tupi, another language of the same region, as the name of the tree. The old genus name, Coumarouna, was formed from another Tupi name for tree, kumarú. Its seeds are known as tonka beans (sometimes Tonkin beans or tonquin beans). They are black and wrinkled and have a smooth, brown interior. They have a strong fragrance similar to sweet woodruff due to their high content of coumarin. Their fragrance is reminiscent of vanilla, almonds, cinnamon, and cloves. Many anticoagulant prescription drugs, such as warfarin, are based on 4-hydroxycoumarin, a chemical derivative of coumarin initially isolated from this bean. Coumarin, however, does not have anticoagulant properties.

Tonka bean is a tropical, semi-deciduous or semi-evergreen flowering tree with a small, rounded crown, generally growing up to 30 meters tall but with some specimens up to 50 meters. The straight, cylindrical bole is unbuttressed; it can be unbranched for 18 – 24 meters and is usually 45 – 75 cm in diameter, though diameters up to 100 cm have been found. The tree bark is smooth and gray, whereas the wood is red. The plant is found growing in rainforests and often beside rivers. The plant succeeds in a wide range of soils as long as they are well-drained, though it prefers a well-drained gravelly or sandy acid soil with ample rainfall and humidity. Established plants can tolerate a certain amount of drought.

Leaves of Tonka beans are alternate as well as pinnate having three to six leaflets arranged on either sides of a common axis. The leaves are leather-like (rubbery), shiny and have a deep green color

Even the purple or pink hued flowers of this tree have resemblance to a pea and characteristically they blossom during the period between the late spring and the end of summer. The Tonka bean flowers appear on the branch ends or their sides.

Fertile flowers are followed by brown hued fruit enclose a sugary pulp, which is used to make jams and liquors. The beans are shaped like almonds and their color varies from gray to black. The aroma of the beans is similar to that of vanilla and they are usually roasted and then pounded for preparing a coarse meal. The extracts obtained from the Tonka beans are used therapeutically as well as for flavoring other foods.

The tree is harvested from the wild for local use as a food, medicine and source of materials. The seed of Dipteryx odorata is rich in coumarin compounds and it is often harvested from the wild and also occasionally cultivated in parts of the tropics, especially S. America, for these compounds which have a local and international market. It is the main source of these compounds in the genus, and has at times been traded in large quantities However, commercial use of this flavoring has been banned in some countries, particularly the USA, and the market for the beans has rather reduced. The tree also yields an exceptionally attractive timber that is used locally and also exported. 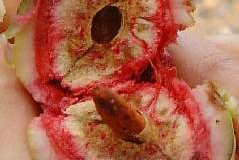 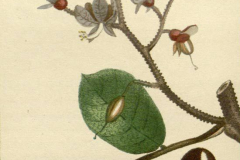 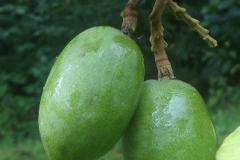 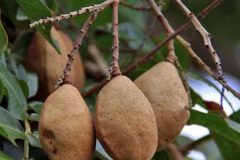 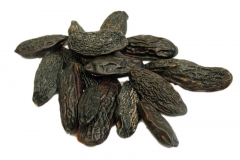 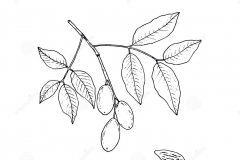 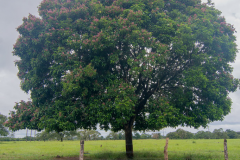 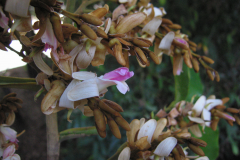 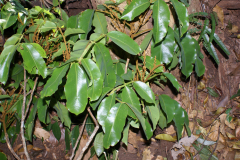 Despite serious safety concerns, people take tonka bean as a tonic; to increase sexual desire (as an aphrodisiac); and to treat cramps, nausea, cough, spasms, tuberculosis, wasting due to chronic disease, swelling caused by a blockage in the lymph system (lymphedema), and a parasitic disease called schistosomiasis. Listed below are uses and benefits of tonka beans in our daily life

Coumarin, the main ingredient present in tonka bean is a lethal anticoagulant and has analgesic effects in which it can give natural pain relief after surgery. It can also reduce chronic back pain, sore muscle pain and tension in the body. It is also being used as homeopathic pain killer in natural medicine.

If there’s a Snake bite, the application of Tonka bean extracted organic oil can bring little relief to the victim and prevent infections before taking the person for medical care.

Serotonin is a monoamine neurotransmitter which is usually found in blood platelets and serum, and helps in constricting the blood vessels. Thereby, it prevents blood loss, increase vascular resistance, control body temperature as heat is retained.

Since it can control blood pressure, it prevents damages to the brain’s blood vessels, especially rupture and narrowing of the brain blood vessels which can block the supply of blood to the arteries leading to your brain- a quick trigger of stroke.

It prevents deep vein thrombosis naturally or the risk of embolism can be reduced with regular use of tonka bean extracts.

Additionally, people suffering from chronic atrial fibrillation can be given cumarin-containing medication. Thus, thrombi can be suppressed in the atrium of the heart and also reduces the risk of suffering a stroke.

Tonka bean is also aphrodisiac as the oil extracted from it can be used in cream and the smell can suddenly arouse your lover and turn him or her on. The fragrance it produced in perfumes can make your wife or husband gets into the mood naturally without drugs or even romance.

Coumarine present in Tonka Bean is known to be repellant to bugs, mosquitoes, fleas, ticks and other insects. Because of the high coumarine value in tonka bean, it can be extracted locally to produce homemade insect spray for homes and for pets just like tea tree oil, peppermint, lavender oil and other natural insect’s repellants. Tonka bean essential oil is not just a repulsive to insects but also healthy on the skin when used.

It can be used to protect babies from mosquito bites and prevent ecto parasites on pets like dogs, cats, horses and other domesticated mammals.

Tonka bean can also help you in getting rid of bacteria from your body naturally and clean the system from germs.

When the fragrance of the tonka bean oil in inhaled, it triggers the body to increase secretions and expel bacteria out of the body through mucous in the nose. This will also help in removing mucous from the lung passage, detox and clear it from mucous and cough, and also relieving you from asthma.

Tonka bean essential oil is much effective when treating nausea, cough, spasms, tuberculosis, schistosomiasis, asthma and earache. But it should only be used as instructed by physician and you should inform your doctor before any application of this medicine.

8. Effects on the Brain

Tonka bean has relaxing effect on the brain. The herbs can help enhancing your mood, making you feel relaxed and happy when you’re worried. Also, it helps curing excessive sleep (insomnia) and positively affects the gastrointestinal tract.

Tonka bean can be extracted, and a little mix of it with nutmeg can be added to a smoking mixture to clean the lungs for smokers.

Little bit of Tonka bean is rubbed off with the nutmeg grater and added to a smoking mixture. The vanilla aroma and almond aroma as well as a spicy note are particularly effective.

Tonka bean is not only used in preventing excessive heat loss from the skin or reducing inflammation and feeling of pain in the skin, it is also antiseptic and used in bath soap to remove germs from the external body.

It can also be applied on the hair to get rid of scalp inflections and inflammations. It also used in cosmetics industry to produce shampoo and hair oil to protect the scalp and prevent loss of hair as a result of infections.

Tonka bean is also extracted and used in making scented candles because of the good odor that can make your room really appealing to visitors and loved ones. As the candle melts, the fragrance spreads across the whole room, creating a relaxing, and romantic environment. 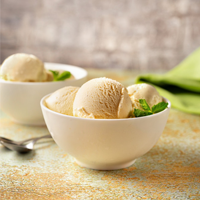 For about 1 liter of ice cream