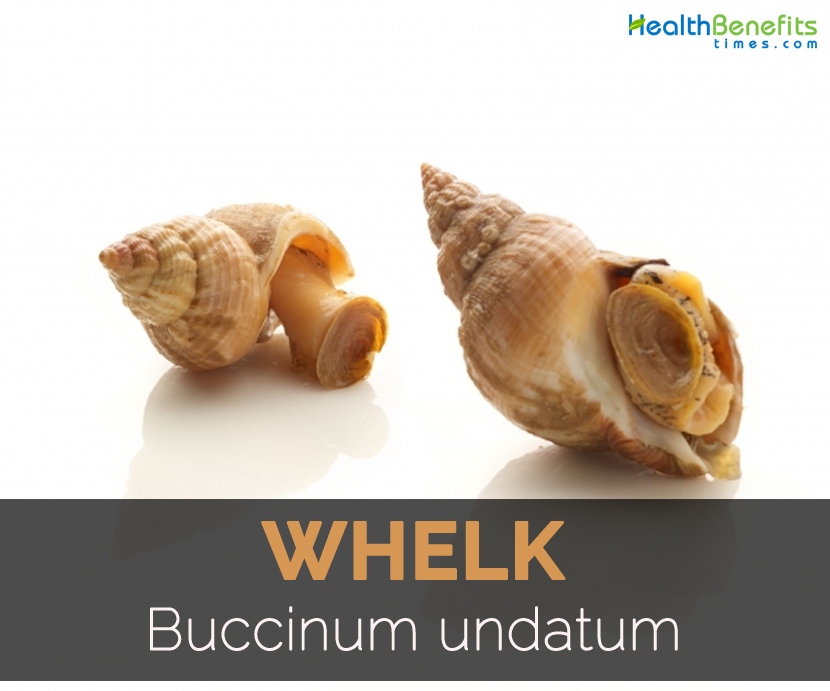 Buccinum undatum is a sea snail found on the coastal areas of Northern Atlantic Ocean and Eastern coast as well as western coast. It survives on the cold water containing 2 to 3 percent of salt content. The whelk is 11 centimeters long. The sexes are separate. The breeding takes place from October to May. Reproduction exists by internal fertilization which promotes the production of egg capsules for the protection of eggs. The egg is laid in whole capsule packets. The whelk has the life expectancy of 10 to 15 years. They are carnivores which feed on worms, mussels, crustaceans and molluscs. It is used for food by humans or other animals. It is also known as Sea wash balls, Buckie, Common Northern Whelk, Common whelk, Sinuous whelk, Waved whelk and Waved buccinum. The body is solid, ventricose, ovate-conical shaped measuring 10 cm in height and 6 cm wide.

It belongs to normal benthic fauna of North Sea. It is found in sea at deeper depths. It is available on France, United Kingdom, Iceland, Norway and other Northwest European countries. It is unable to survive above the temperature of 29°C and prefer colder temperatures.

Finding a whelk depends on the species you’re looking for. In general, whelks may be found in many parts of the world, and are typically found on sandy or muddy bottoms, from shallow tide pools out to waters several hundred feet deep.

As we all know that Whelks are carnivores, and normally feed on crustaceans, mollusks, worms and even eat other whelks. They can drill a hole into the shell of their prey with their radula, or may wrap their foot around the hinged shells of their prey and use their own shell as a wedge to force the shells open, then insert their proboscis into the shell and consume the animal inside.

Whelks reproduce by sexual reproduction with internal fertilization. Some, like the channeled and knobbed whelks, produce a string of egg capsules that maybe 2-3 feet long, and each capsule has 20-100 eggs inside which hatch into miniature whelks. Waved whelks produce a mass of egg capsules which look like a pile of egg cases.

The egg capsule allows the young whelk embryos to develop and provides protection. Once they have developed, the eggs hatch inside the capsule, and the juvenile whelks leave via an opening. 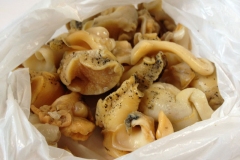 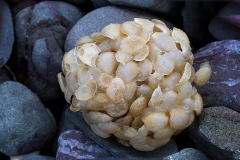 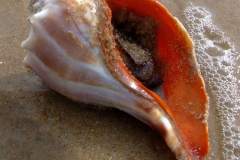 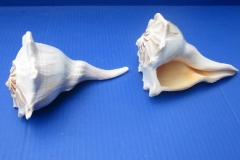 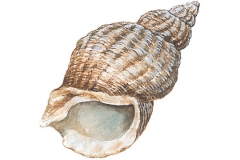 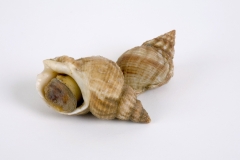 Whelk is an excellent source of essential fatty acids that prevents the chances of cancer, heart ailments if consumed in moderate amounts. The seafood lovers would like this. It provides vitamins, proteins and minerals along with low amount of fat. It does not increase the cholesterol of blood. Due to the low content of calories, it is effective for weight loss.

Cobalamine helps to treat Alzheimer’s disease which shows the symptoms such as cognitive degeneration and confusion. The study shows that Alzheimer’s patients has low content of Vitamin B12 in the body. (1)

Copper helps to prevent cell membrane from the damage of free radicals which attack organs  that are the cause for age spots, wrinkles, macular degeneration, cancer and kidney ailments. (2)

Iron helps to increase the development of brain. It aids the supply of oxygen to the brain as it uses about 20% of oxygen. It promotes the cognitive activity and formation of neural pathways that helps to prevent from Alzheimer’s disease and dementia. The adequate intake of iron as well as oxygenation of brain is vital. (3)

Protein maintains the hair health and prevents its damage. The study shows that it is essential for the growth of hairs. With its benefits, it is used in conditioners. (4) (5)

Iron assists in transporting oxygen to the body cells which assist the organs to perform its various functions. (6)

Pyridoxine is essential for the immune health in the body. It assists the body to prevent infections which could be victimized in the deficiency of Vitamin B6. (7)

Manganese has antioxidant properties which monitor the free radicals activity that damage human cells and cause cancer. The supplements help to prevent these health conditions. (10)

Vitamin B2 is vital for the energy production by supporting metabolism of proteins, carbohydrates and fats. (11)

Whelks are a popular food. People eat the mollusks’ muscular foot—an example is the Italian dish scungilli, which is made from a whelk’s foot. These animals are also collected for the seashell trade. They may be caught as bycatch (e.g., in lobster traps), and they may be used as bait to catch other marine life, such as cod. Whelk egg cases may be used as a “fishermen’s soap.”

The veined rapa whelk is a non-indigenous species that have been introduced into the U.S. The native habitat of these whelks includes waters in the western Pacific Ocean including the Sea of Japan, Yellow Sea, East China Sea, and the Bohai Sea. These whelks were introduced into the Chesapeake Bay and may cause damage to native species.