Trending
You are at:Home»Herbs and Spices»Health benefits of Wild Leek 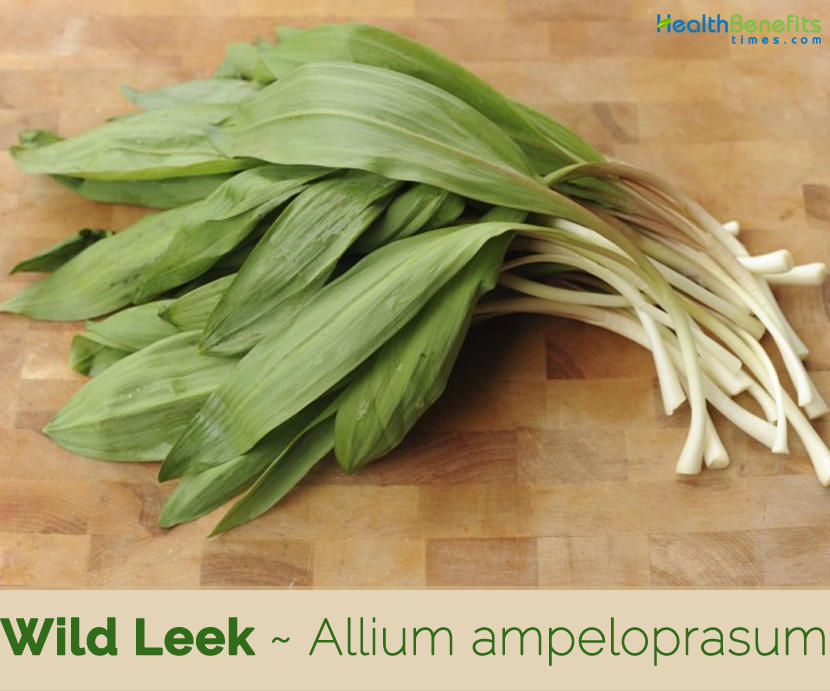 Allium ampeloprasum commonly known as Wild Leek is a part of the allium family which includes leeks, onions, garlic, shallots, green onions (scallions) and chives. The wild plant is commonly known as wild leek or broadleaf wild leek. Allium ampeloprasum is regarded as native to all the countries bordering on the Black, Adriatic, and Mediterranean Seas from Portugal to Egypt to Romania. In Russia and Ukraine, it is considered offensive except in Crimea, where it is native. It is also native to Ethiopia, Uzbekistan, Iran and Iraq. It is considered naturalized in the United Kingdom, Ireland, the Czech Republic, the Baltic States, Belarus, the Azores, Madeira, the Canary Islands, Armenia, Azerbaijan, Pakistan, China, Australia (all states except Queensland and Tasmania), Mexico, the Dominican Republic, Puerto Rico, Haiti, the United States (southeastern region plus California, New York State, Ohio and Illinois), Galápagos, and Argentina. In tidewater Virginia, where it is commonly known as the “Yorktown onion”, it is protected by law in York County.

Genus name comes from the classical Latin name for garlic. Specific epithet comes from the Greek word ampelos meaning vine and parson meaning leek for a leek found growing in vineyards. Few of the popular common names of the plant are Elephant Garlic, Giant garlic, Great-headed garlic, garlic, Levant, Russian garlic, Wild leek, Yorktown onion, Broadleaf wild leek, garden leek, Puerro Silvestre.  Allium ampeloprasum has been distinguished into four cultivated vegetables, namely leek, elephant garlic, kurrat and Persian leek. With a flavor best described as like green onions with a strong garlic smell, wild leeks are used in many springtime recipes like soup and egg dishes, or pickled and used in salads. They can also substitute for onion or garlic in any dish.

Leaves are alternate distichous, simple and sheathing; sheath closed, cylindric to low–ridged, to 600 mm long increasing from the lowest to uppermost leaf, to mid-plant and hiding peduncle (scape), with membranous, ligule like extension 2—3 mm above base of blade, persistent; blade long–tapered lanceolate–linear, 300—500 × < 15—36 mm, papillate–ciliate on margins, long–acuminate at tip, parallel–veined with midrib raised to keeled on lower surface.

The plant is known since antiquity. Although Theophrastus (third century BC) does not include a clear description of the species when he treats the cultivated leek, onion, and garlic, it is likely that he referred to A. ampeloprasum when he mentioned other wild similar species. Nevertheless, Dioscorides (first century AD) clearly stated the medicinal properties of the wild leek, a plant known as ampeloprason by the Greeks. He said that it is worse for the stomach than leeks but warmer and more diuretic, expelling the menstrual blood, and also being good for those bitten by poisonous beasts. Andres Laguna, the Spanish translator of Dioscorides, explained in his own comments that this wild species typically grows inside the vineyards, hence called ampeloprason (vineyard leek). According to the Spanish botanist Bernardo Cienfuegos (1627), this species was consumed in the seventeenth century in Spain and was described as a plant, with intermediate characteristics between garlic and leek. 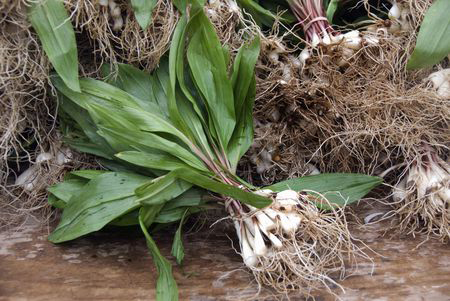 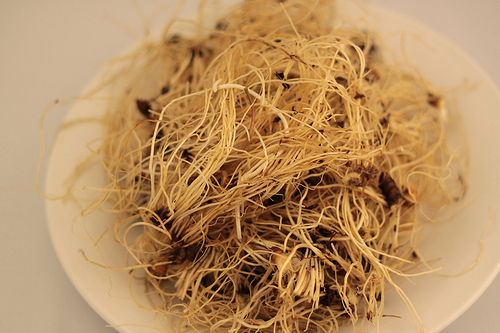 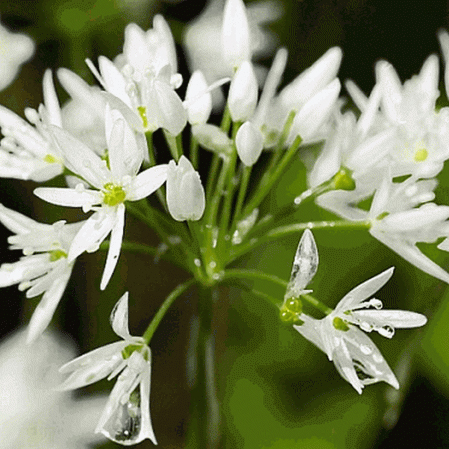 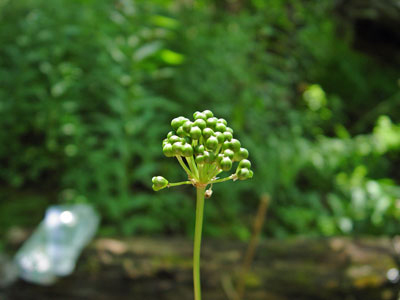 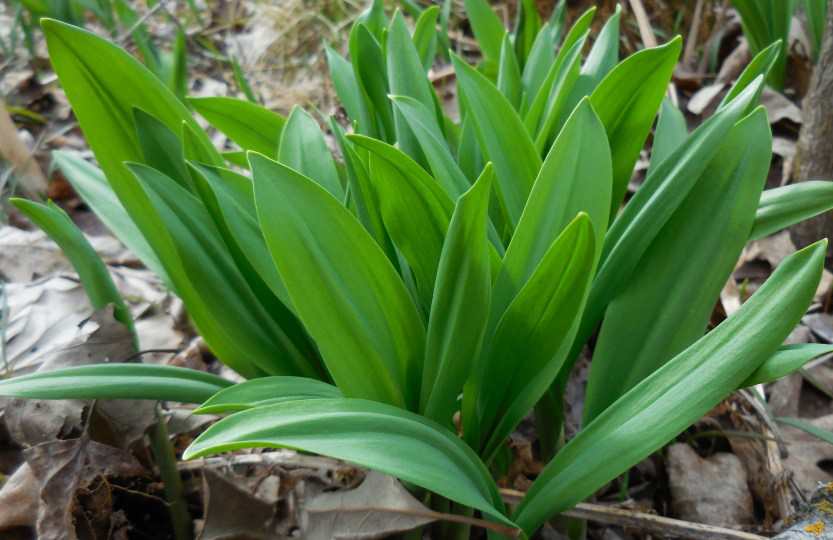 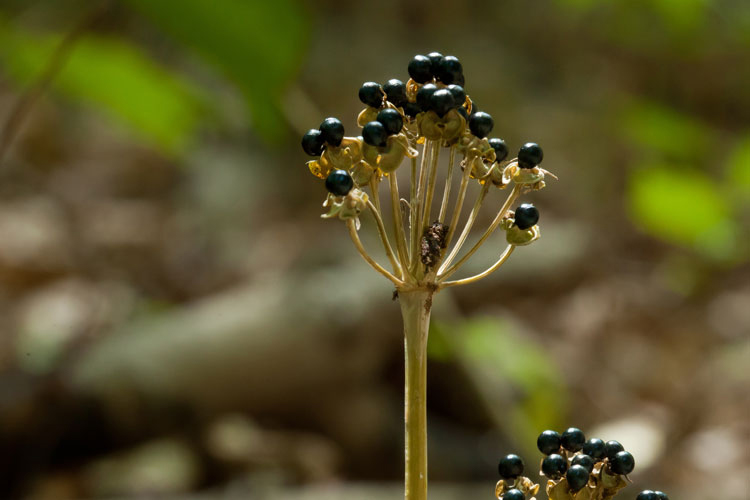 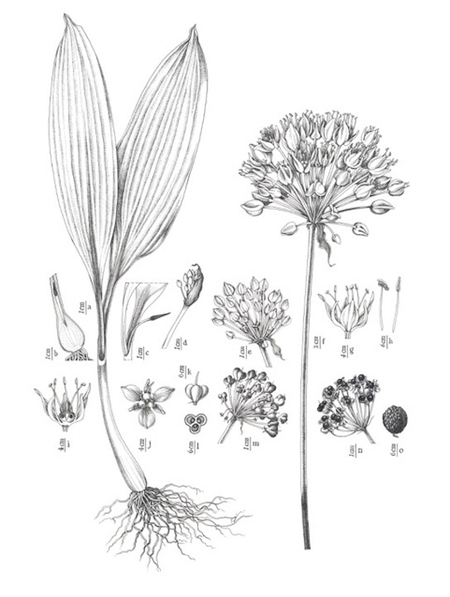 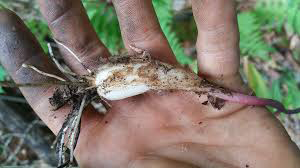 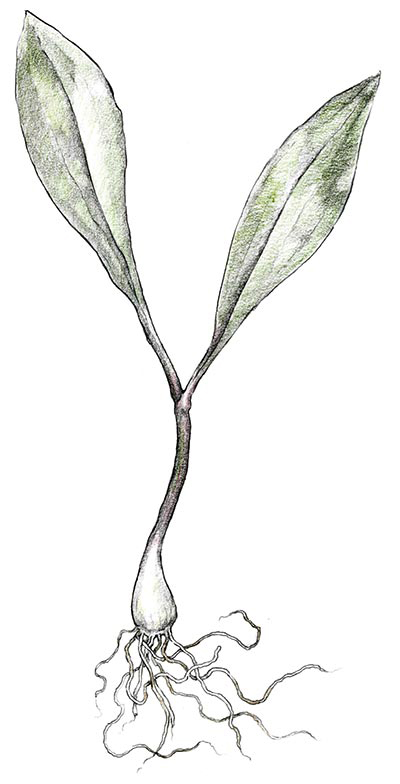 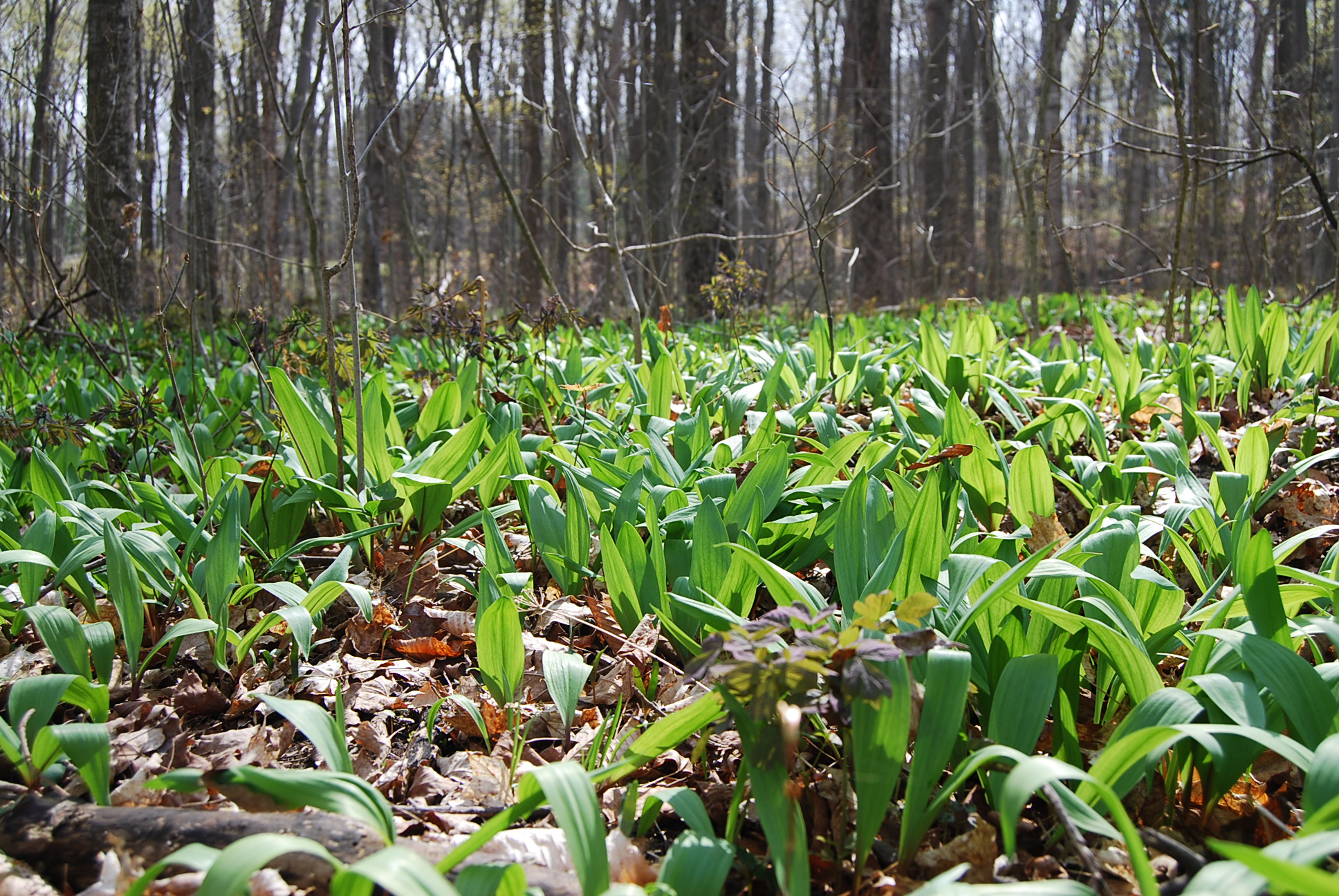 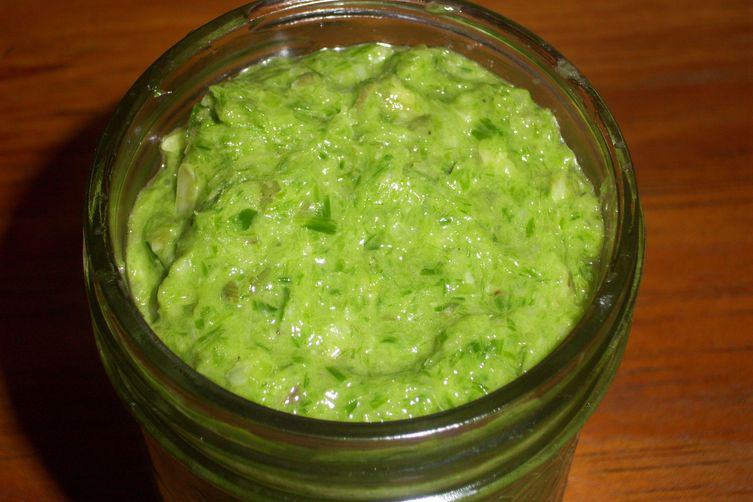 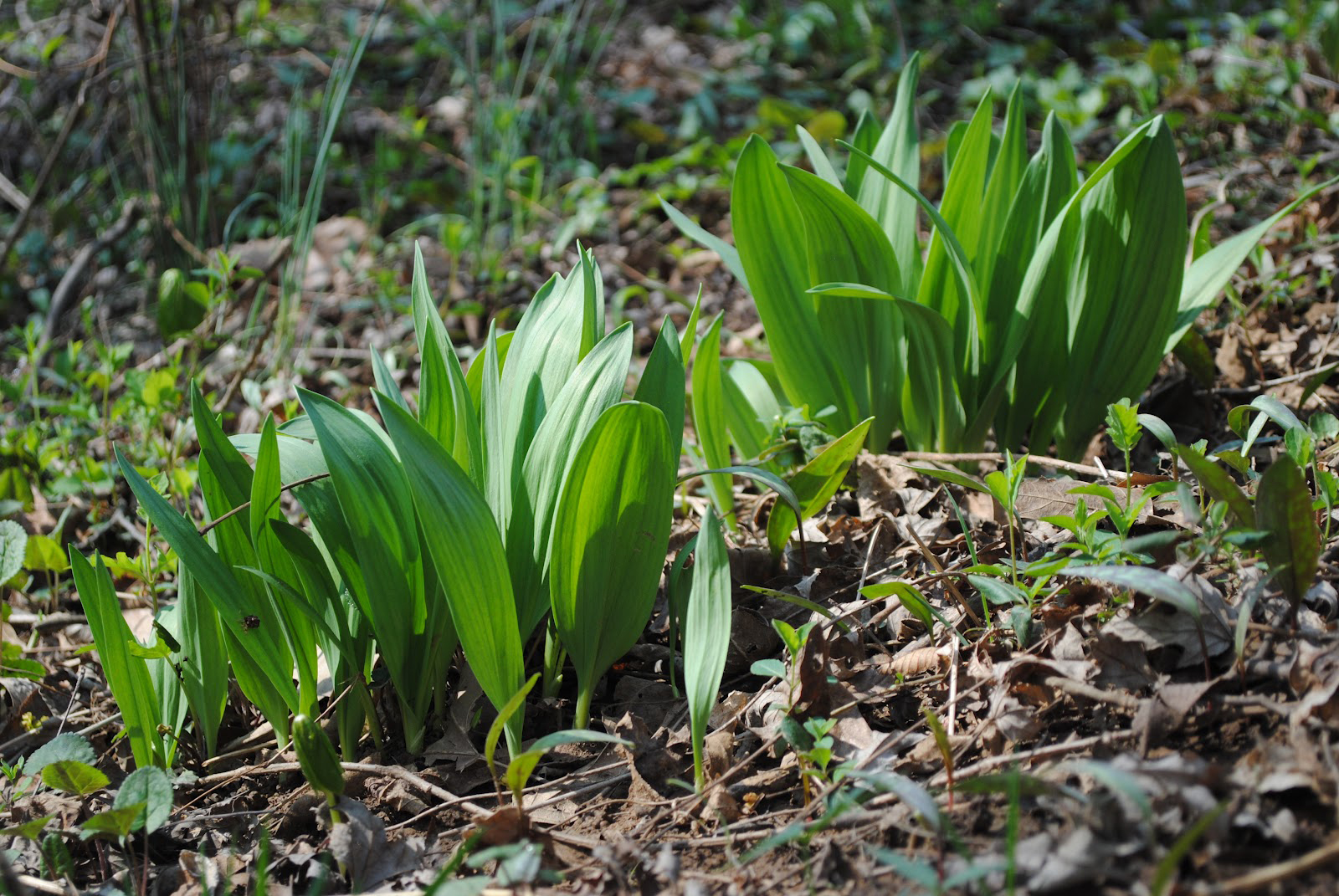 Iron found in wild leeks helps boost oxygen distribution in the body, increases energy levels, and supports healthy immune function. Iron is particularly important for premenopausal women, who experience iron loss during their menstrual cycles. There are various potential wild leeks health benefits to consider. Here are a few you should keep in mind:

As Native Americans have believed for centuries, Wild Leek could benefit the heart and circulatory system. Folate in wild leeks helps regulate the homocysteine levels of the body. In high amounts, protein homocysteine can contribute to heart diseases, especially atherosclerosis. Research also shows that the kaempferol in wild leeks may reduce the risk of cardiovascular diseases.

Kaempferol protects the blood vessels against damage, while also supporting the liver with elimination of cholesterol. Wild leeks may also reduce low density lipoprotein (LDL) cholesterol and total cholesterol, which is very important for preventing heart disease and atherosclerosis.

One of the most well-known health benefits of wild leeks is this vegetable’s potential to fight or prevent cancer due to its high antioxidant content.

Research suggests that the flavonoid antioxidant kaempferol found in wild leeks is involved in apoptosis (cell death) in various cancer types. Research published in the Journal of Agriculture and Food Chemistry in 2000 recommended that selenium-rich wild leek have potential for cancer reduction in humans. 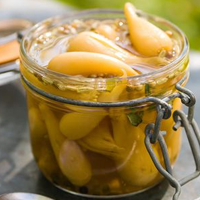 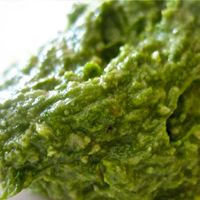