Trending
You are at:Home»Foods»Bagels benefits and precautions 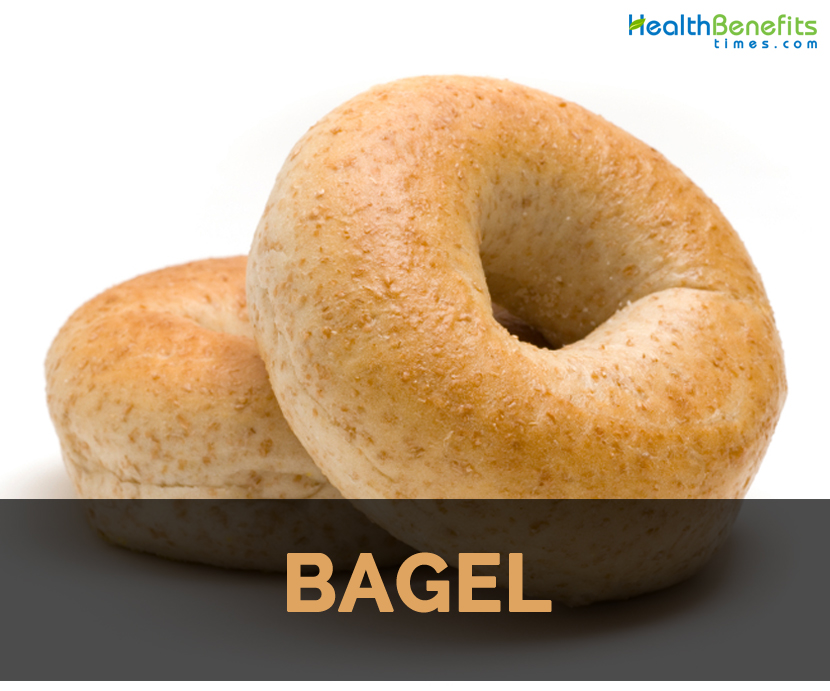 Bagel is the bread product which is firstly boiled and then baked. It has the interior doughy, chewy and dense with crisp and brown exterior. The seeds such as sesame seeds or sunflower seeds are used to top the bagels. The dough could be made from rye or whole grain. It could be prepared at home. It is shaped in the form of ring with hand. It could be found frozen or fresh. The hole in the middle of the bagel. It was originated in Poland. It was originated from in early 1600s in Krakow, Poland which is widely known to Jewish populations. It could be found in bakeries, coffee shops and grocery stores. It contains an abundant amount of calcium, Vitamin C, protein, iron and fiber which helps to reduce the chances of diabetes, heart disease and constipation. Vitamin C helps to maintain the strong immune system and prevent virus as well as colds. It provide strong teeth and bones.

The bagel’s history is ambiguous. It was believed to make bagel to tribute Jan Sobieski who saved Vienna from penetration of Turks in 1683. As a tribute, king has a baker fashion of bread which is in the shape of Sobieski stirrups. Then the shape becomes round and called bagel. The name bagel was derived from the German word beigen that means bend. The immigrants of Eastern Europe brought the bagel bakers to New World. They started to bake bagels in East Coast. Harry Lender and his son Murray made bagels in huge amounts and sell it to supermarkets. Dan Thompson was the first person to make machine for producing bagels in 1960. Till that period the bagels was rolled by hand.

The bread product made with the use of yeasted dough which keeps the stomach full for the long period of time. It requires the ingredients such as yeast, oil, fixings and sugar. It is tasty, quick and convenient to make. It has high content of carbohydrates, glycemic index and calories. It is loaded with various amounts of nutrients that provide various health benefits:

Manganese is vital for the growth of bone structure. It aids the raise of mineral density of spinal bones. The women are suffering from the deficiency of manganese after menopause so they should increase the intake of minerals to prevent from fractures. The research shows that manganese could prevent the chances of osteoporosis and slow down the process. (1)

Manganese helps to control the sugar level in the blood that helps to prevent the chances of diabetes. It normalizes the secretion and synthesis of insulin as well as unstable drops in the blood sugar. (2)

Vitamin B1 helps to oxidize the energy into usable form. It is an element of pyruvate dehydrogenase system that assists in sugar oxidation. Thiamine is essential for the enzyme functions that release energy for the various functions. (4)

Iron is essential for the maintenance of muscle health. It is found in the tissues of muscles and supply oxygen which is vital for the muscle contraction. Muscle loses the elasticity and tone in the absence of muscles. The sign of anemia is the weakness of muscles. (5)

Vitamin B2 is vital for promoting the growth as well as development of reproductive organs and tissues such as connective tissue, skin, mucous membranes, eyes, immune system and nervous system. Additionally, it promotes the health of nails, skin and hair. (7)

Phosphorus is essential to regulate the hormone balance in the body. It stimulates hormones that are essential for the maintenance of reproductive health. It has vital role for maintaining the health problems. (9)

Protein provides mechanical support and strengthens the tissues from the wear and tear. The collagen has positive results to restore the dermal collagen synthesis of protein. It supports the low wrinkled, healthy and skin’s youthful appearance that depend on the collagen level in the body. (10) (11)