Trending
You are at:Home»Dairy»Health benefits of Buffalo milk 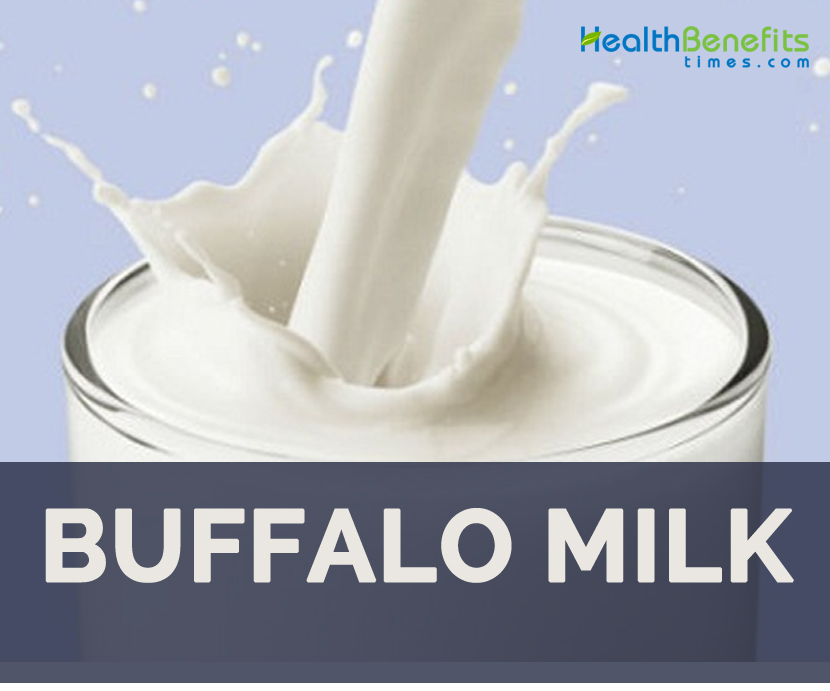 Buffalo milk is not popular type of milk and it is not used everywhere in the world. But this type of milk also many health benefits such as protect the heart, lower blood pressure, stimulate circulation, build strong bones and promote growth. When we talk about milk we usually think of cow milk. Many of us do not know that the buffalo milk exists. But also there are many people who want to drink this type of milk. In Asia and India there are many different varieties of buffalo and there this kind of milk is it in the primary diet. In the last years the number of people who start using buffalo milk is increasing. There are many scientific researches in which is proven that this kind of milk has many health benefits. It is rich with Vitamin A, phosphorous, calcium, protein, iron and many other components. But also you should know that this kind of milk has higher amounts of fat compared with the cow’s milk.

Buffalo milk has relatively lower cholesterol but then again more calories and fat in comparison to cow’s milk. Buffalo milk is prominently utilized in South Asian countries considering India, China and Pakistan being the largest producers. Since it is extremely nutritional, it is richer in calcium and protein than cow’s milk, and has less cholesterol and sodium. Buffalo milk is wonderful for healthy bones, dental health and cardiovascular health. It is also a good source of minerals, such as magnesium, potassium and phosphorus. Buffalo milk also has much higher Vitamin A content than cow’s milk (which is what gives it its milky white color, as opposed to creamy yellow).

Buffalo milk has many benefits for cooking. It is rich in fat, which is what makes it so creamy and thick. It also preserves longer than other milk varieties, and is more heat resistant (perfect for our Southeast Asian heat!). Buffalo milk produce is also high yielding, so although buffalo produce less milk, each liter goes much further in the kitchen.

Buffalo milk has become food for the majority of the world population. India and some other Asian made buffalo milk as a milk substitute for other species. Buffalo milk is milk that comes out of the mammary gland stem buffalo. Many people request the buffalo milk in some areas have encouraged researchers to examine the content of nutrients within. Perhaps regular use of buffalo milk helps to meet the body’s nutritional requirement. Now let’s see more detail about the health benefits of buffalo milk.

In comparison to cow milk, buffalo milk consists of less cholesterol, which is a good thing for anyone concerned about their cardiovascular health. Given the widespread epidemic of cardiovascular disease, atherosclerosis, heart attacks and strokes around the world, adopting buffalo milk and rebalancing your cholesterol isn’t a bad idea.(1)

It seems that milk of all varieties is quite well known for its impact on bone strength and development. As it turns out, milk from buffalo actually has more calcium than cow milk, making it even better for the prevention of osteoporosis and general bone strength and resilience. This is in addition to the number of other essential minerals found in buffalo milk, including copper, manganese, phosphorous and zinc.(2)

Research has shown that, buffalo milk is also impressively high in protein content. In fact, milk from a buffalo has about 10% more protein than its cow-derived cousin. This is good news for the growth and development of children and adolescents, as well as adults, considering that protein is needed for nearly every bodily process. Buffalo milk also offers complete proteins, which are extremely valuable and can be converted into usable energy or applied for the repair and growth of our body.(3)

This isn’t a well-known benefit of buffalo milk, as the potassium content of this milk variety is often ignored. However, there is more potassium in buffalo milk than regular cow’s milk, and since potassium functions as a vasodilator, buffalo milk can help you lower your blood pressure. By reducing the strain on blood vessels and arteries, milk from buffalo help to prevent the development of atherosclerosis and other coronary complications.(4)

Buffalo milk contains good amount of Vitamin A and vitamin C and these two vitamins are key to the functioning of our immune system and the overall protection of the body. Both of these vitamins act as antioxidants, cleansing the body of dangerous free radicals and toxins that may cause chronic illness. Additionally, vitamin C encourages the immune system into producing more white blood cells, the first line of defense for the body. Zinc and certain other trace minerals in this milk variety act as antioxidants and immune system boosters.(5)

Anemia is the formal term for iron deficiency, and this is a major problem for people all over the world. A great cure for this condition is high-iron foods, as iron is an important component of red blood cells. By increasing RBC count in the body, you are able to increase circulation, which boosts oxygenation to the extremities and organ systems, keeping them operating at full capacity. It also speeds healing and growth of new cells and tissues.(6)

When most people think of milk, they naturally picture the udders of a cow, the classic bovine, but there are many people in parts of the world who use buffalo milk instead. You might never have had a glass of buffalo milk, but you’ve likely consumed it in your “buffalo” mozzarella at one point or another. Buffalo milk constitutes over 12% of the global milk production, and it provides more energy per unit volume than provided by cow’s milk due to its higher fat and protein content. Besides, if compared with cow’s milk, buffalo milk is richer in fat and produces a milk with a higher percentage of proteins