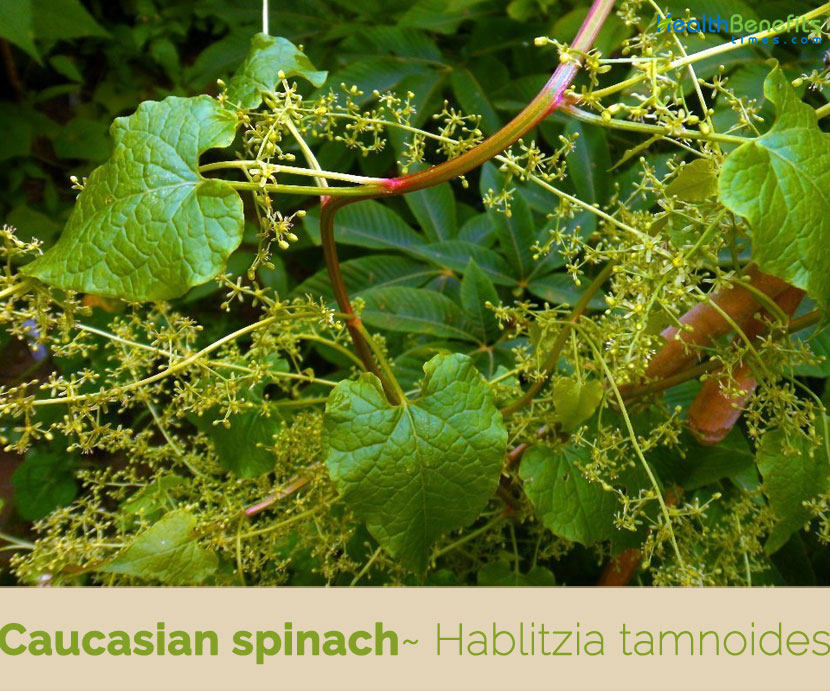 Caucasian spinach scientifically known as Hablitzia tamnoides, the sole species in the genus Hablitzia, is an edible, herbaceous perennial plant belonging to family Amaranthaceae and subfamily Betoideae. Originating in the Caucasus region, it has been grown in Scandinavian countries as an ornamental before making a bit of a renaissance recently by author and plant expert Stephen Barstow. In fact it is one of the very few vines in its family as one source put it, Hablitzia is remarkable and altogether irregular in the order to which it belongs by its tall climbing habit. It is also probable one of the longest lived plants in its family – one plant growing in Norrtälje, Sweden is reported to be over 50 years old. Some of the popular common names of the plants are Caucasian spinach, Caucasus spinach, Climbing spinach, Hablitzia, Spinach Vine and Rank Spinach.

Hablitzia was first described and documented for the international scientific community, by Friedrich August Marschall von Bieberstein, in the Mémoires de la Société impériale des naturalistes de Moscou. It was Bieberstein, who gave it its botanical name. The generic epithet, Hablitzia, is a Latinized version of Hablitz, a reference to Carl Ludwig Hablitz, the 18th Century naturalist. Tamnoides mean like or resembling. Now Permaculturists and forest gardeners as well as those interested in perennial vegetables are beginning to give it a try as another possible staple that can happily grow in any garden with a shady spot. The young shoots can be eaten in early spring as well as pickings from the more mature leaves over the summer.

Caucasian Spinach is a long-lived, semi shade loving, herbaceous perennial climber that climbs up to 3 m or more tall in summer. The plant is found growing in mesic woodland habitats especially spruce and beech woods in its native environment, among rocks and in ravines and along rivers. The stems are generally green, with noticeable ridges running their length, but those of Black Bryony can sometime have a purple or copper tinge to them, and Hablitzia’s can be flushed red.

Caucasian Spinach has green, heart-shaped (cordate) leaves, often slightly crimped, but without serration or lobing, which taper to a narrow point (acumiate), and sometimes have very soft, almost silky hairs on them. Hablitzia’s leaf-surface is more or less matt, and the veins are arranged around a single, central axis. The leaves are edible, similar to those of the related spinach.

Hablitzia flowers are individually quite small, a lighter green than the foliage, perhaps greenish-yellow, and like little five-pointed stars, a fact that is reflected in the Norwegian name, Stjernemelde, which means Star-chenopod. They are borne profusely in a racemose, paniculate and/or thyrsoid arrangement. The flowers appear from late May through July. The flowers have a noteworthy quality, and that is their scent. Individually it isn’t particularly pronounced. Even when flowers abound, you probably wouldn’t notice it from any great distance. But if you draw close to a particularly floriferous Hablitzia, you might notice the air filled with scent almost exactly like crushed Coriander (Cilantro) leaf – rather unpleasant. 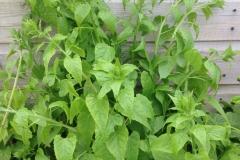 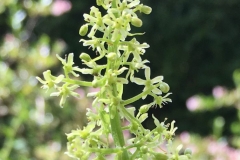 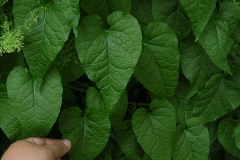 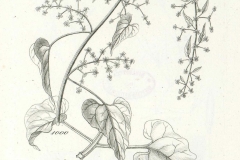 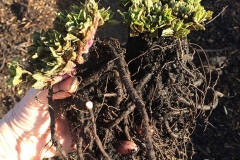 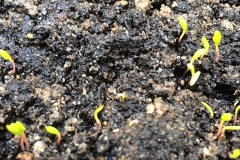 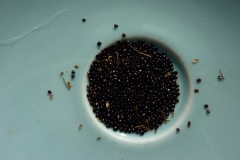 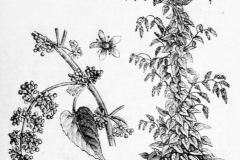 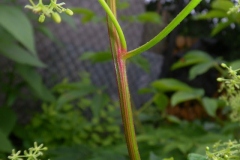 However, they have six rather than five petals, and are followed by plump, shiny green berries that ripen to red (and should be handled with care, as the pulp contains minute, needle-like calcium oxalate crystals, known as raphides). Hablitzia on the other hand produces tiny, glossy black seeds, sometimes in abundance. 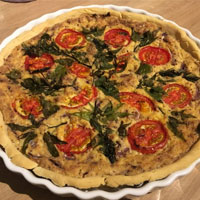