Trending
You are at:Home»Herbs and Spices»Facts about Early Purple Orchid 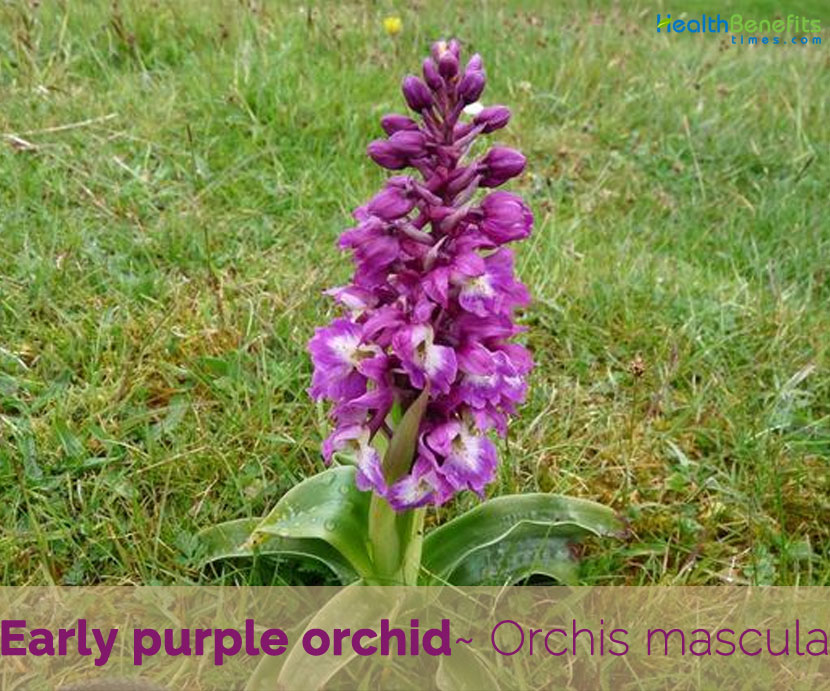 Orchis mascula, the early-purple orchid, early spring orchis, is a species of flowering plant in the orchid family, Orchidaceae. The plant is native to Europe including the British Isles, North-West Africa, the Middle East and western and northern Asia. Early Purple Orchid, salep, blue butcher, clue butcher orchid, male orchid, Salep Orchid, Dead Mans Fingers and Male Orchis are some of the popular common names of the plant.

Early purple orchid is a perennial herbaceous plant that normally grows about 25–40 cm (10–16 in.) tall. The plant is found growing in woodland, copses, and open pastures in base rich soils, meadows, mountain pastures, woods, coppices and hedgerows. The plant can succeeds in most soils, but it prefers a moist loam and lots of leaf mound. It does best in a deep rich soil. The root system consists of two tubers, rounded or ellipsoid. Perennial stems are green at the base and purple on the apex. 3–4 stalk less leaves are present at base like rosette and alternate sheathing leaves on stem. Blades are elliptic–lanceolate–linear, with entire margin; upper surface is dark green–greyish green, without spots–spotted, spots often large.

The inflorescence is 7.5–12.5 centimetres (3–5 in) long and it is composed of 6 to 20 flowers gathered in dense cylindrical spikes. The flower size is about 2.5 centimetres (1 in) and the color varies from pinkish-purple to purple. The lateral sepals are ovate-lanceolate and erect, the median one, together with the petals, is smaller and cover the gynostegium. The labellum is three-lobed and convex, with crenulated margins and the basal part clearer and dotted with purple-brown spots. The spur is cylindrical or clavate, horizontal or ascending. The gynostegium is short, with reddish-green anthers. It blooms from mid-April to mid-June. Fertile flowers are followed by capsule that consists of tiny, like dust seeds. 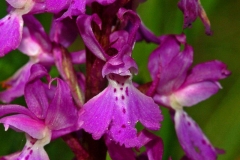 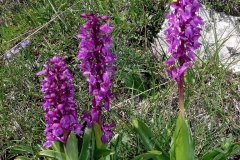 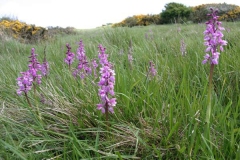 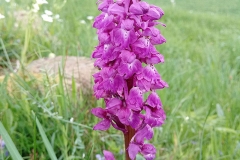 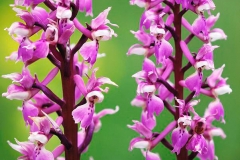 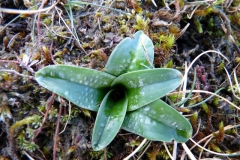 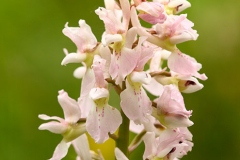 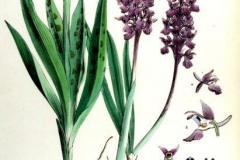 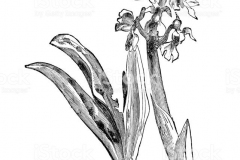