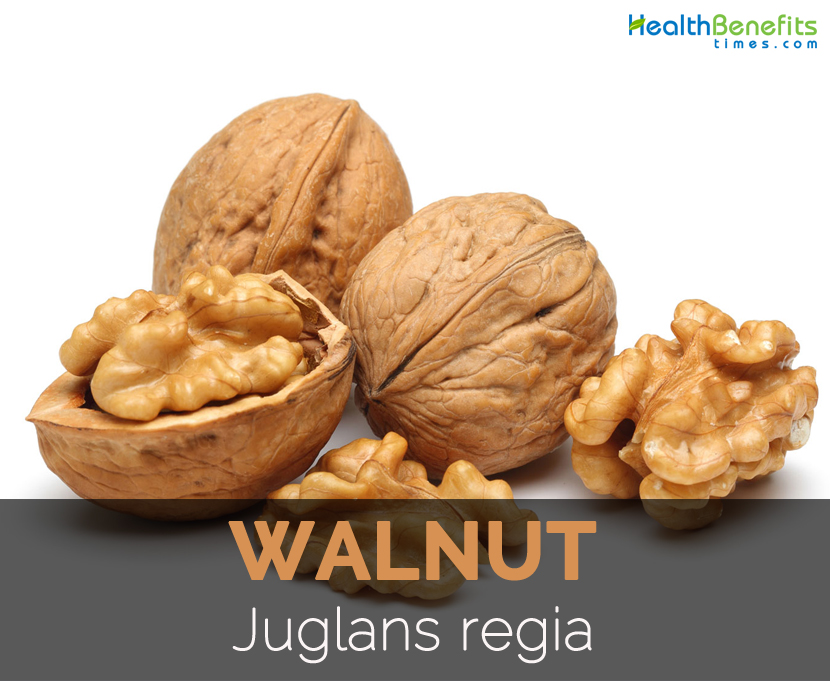 The walnut (Juglans regia) is a species of the tree native to the Balkans Eastward to Himalayas and Southwest China. The trees are found extensively in Kyrgyzstan. Walnut is the name for the edible drupe which is widely cultivated in the world. Within the genus Juglans L., it is classified in the family Juglandaceae.

The fruit of the Walnut is a drupe which consists of rough and wrinkled hard shell with a light brown to white flesh inside. Walnuts are available unshelled or shelled. The kernel of the fruit is edible and mostly consumed raw, roasted or as a paste. California produce about two third of the world’s walnuts. It is also known as Carparthian Walnut, English Walnut, Common Walnut, European Walnut, Madeira Nogal, Hirsute Walnut, Persian Walnut, Walnut and Madeira Walnut.

Though Walnuts are native to Balkans Eastward to Himalayas and Southwest China, it is found extensively in Kyrgyzstan. It is widely sophisticated in temperate zones of the world. Serbia, Bulgaria, France, Greece, Romania, China, California and Chile are the vital nut cultivating regions. Walnuts are also grown in New Zealand and Australia.

Alexander introduced this nut from Iran and Central Asia to Greece and Macedonia. During Roman Era, Walnuts reached to the Western and North European countries during the Roman Era. In America it was introduced by the English Colonist in America. Walnuts are known since 7000 B.C. Romans used to call Jupiter’s royal acorn to the walnuts. The history shows that Walnuts occurred from an ancient Persia. It is also called Persian Walnut.

Walnut is a deciduous and monoecious tree, growing 25-35 m (80-120 ft.) in height with a trunk of upto 2 m (6 ft.) in diameter. The leaves are 25-40 cm (10-16 inches) long, imparipinnate, alternately arranged and pinnate. The flowers are yellowish to green which are available from May to June. It has strong and deep taproot with gray, smooth and olive to brown bark. Walnut grows best in well-drained soils. The tree has the lifespan of 50 to 250 years. The walnut fruit measures 5 cm long, ovoid-subglobose and epicarp green drupe. It has rough, wrinkled, furrowed and thin brown shell with light brown to white flesh inside. Walnuts have rich flavor.

Walnuts are great source of energy and are packed with healthy calories. It is rich in omega fatty acids so adequate intake of Walnuts is helpful to maintain the overall health. It contains a great source of omega fatty acid which is beneficial for the vegetarians. It should be added as the part of the diet. It could be found in chocolates, cookies and cakes. It could be added to the soups, dishes, cereals and baked goodies. It is considered as the brain food as the presence of omega-3 fatty acids helps to enhance memory as well as the cognitive functions.

The research shows that the mice who consumed walnuts have low chances of colon cancers. The humans should consume ounce of walnuts in a day. The intake of walnuts lowers the development of colon and cancer. Walnuts are a probiotic that helps to maintain the colon health and prevents the colon tumors.  Walnuts are loaded with the compounds, polyunsaturated fatty acids and high amount of Vitamin E along with anticancer properties. The studies also show that walnuts help to alleviate diabetes, heart disease and neurological ailments. (1)

The studies show that walnuts have omega-3 fatty acids that help to lower the bad cholesterol in the body. It also lowers the C – reactive protein. The people with stress have high chances of heart ailments. The study shows that the oil extracted from walnuts or walnuts itself helps to lower the blood pressure during the stress. (3)

Walnuts have high amount of antioxidants that prevents the brain from Alzheimer’s disease which is caused due to inflammation and oxidative stress. The research shows the positive effects of Walnuts on the cognitive functions. Walnuts contain various minerals and vitamins along with alpha linolenic acid and omega-3 fatty acid that helps to promote the brain as well as heart health. (4)

Walnuts possess alpha-linolenic acid which acts as antioxidants that eliminates free radicals. Walnuts are helpful for the cognition associated with the long chain fatty acids which is derived from animal sources. The consumption of walnuts, grape juice and berries raise the health span and slows down the ageing process by lowering the chances of degenerative diseases. The research shows that Walnuts helps to block the stress signals caused due to the oxidative stressors. (6)

The diabetic patients could daily consume walnuts as it contains high content of monounsaturated and polyunsaturated fats. Its consumption has inverse relationship with the development of type 2 diabetes. (7)

Walnuts contain certain components which is able to control the cancer cell growth in the body. Antioxidants and phenolic compounds controls the cancers cells which is shown the research. (8)

The intake of walnuts helps to enhance the body’s metabolism. It provides minerals such as copper, calcium, magnesium, selenium, manganese, potassium, iron and zinc. It assist in the generation of sperms, growth, development, nucleic acid synthesis and digestion.

The phytochemicals and polyphenolic compounds present in walnuts helps to lower the inflammation in the body. (10)

Some precautions for Walnuts are:

Walnuts are rich in calories so it is not good to eat excessive amount of walnuts. The daily intake of walnuts is related to the weight gain. The overweight people should be more careful while taking the calories. Walnuts contain high fat content that plays a vital role in the weight gain.

Though walnuts have wide range of health benefits but its excessive consumption could result in allergic reactions. Its severity differs from one person to other. Some might experience minor reactions while some reactions might be serious. Due to this it is advised to eat walnuts in moderate amounts to prevent any kind of allergic reaction. Anaphylactic shock, mouth and tongue itching, asthma, throat swelling and hives are some symptoms of allergy to walnuts.

Walnuts are great for the skin as it provide relief from the fine lines and wrinkles, reduces the chances of premature aging and moisturizes the skin. The high intake of walnuts could cause skin rashes and swelling in the body. Those who are sensitive to cashew nuts and almonds have high chances of skin reactions with the overuse of walnuts.

Walnuts are a great source of dietary fibers which helps to maintain the digestive health, provides relief from constipation and digestive ailments. But the same dietary fibers could lead to stomach problem and diarrhea when consumed in excess. Walnuts have high chances of carrying allergens which could worsen the diarrhea and digestive problems. One should consult the doctor to use walnuts if he/she is suffering from diarrhea.

Walnuts contains high amount of allergen which may be helpful or bad. The high presence of allergens could worsen the diarrhea and lead to allergic reactions such as stomach pain, nausea and diarrhea.

As there are the high chances of allergic reactions, it is not regarded safe for the breastfeeding and pregnant women. So they should stay away from walnuts during nursing and pregnancy.

Walnuts are harmful for the lips so the daily application of walnuts to the skin causes lip cancer due to the presence of juglone which is a chemical compound. It could be possible if used for a long period of time.

Walnuts could trigger the attacks of asthma. So the patients of asthma should stay away from walnuts.

Due to the severe allergic reactions one might experience problem in breathing, tongue and throat swelling. Those who are sensitive to walnuts should not consume it.

Those people allergic to Walnuts should be far from the Walnuts in order to prevent the allergic reactions such as asthma attack, chances of diarrhea, swelling of tongue and throat etc. The application of leaves topically could result in eczema, acne, skin infections and ulcers.

There are various types of walnuts which could be categorized into three: English, Black and White. The walnuts are a great source of omega-3 essential fatty acids as well as antioxidants. 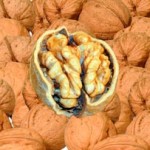 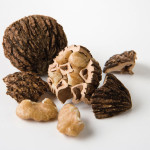 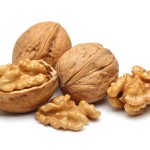 White nut is the walnut of rare variety. White nuts could be found in Appalachian area, Mississippi Valley and Canada. It has sweet and oily flavor. The nuts are covered with fuzzy green husk and has light color shell.

It is a small walnut. The tree is erect and usually small. It is very productive. 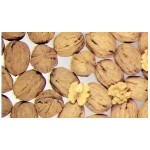 It has incredible taste and average size and incredibly tasty. The tree is vigorous and loose leaves. It is originated in French and cultivated in Dordoña. 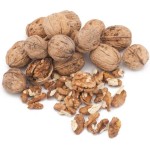 It gets mature in the middle of October. It is originated from France (the Valley of the river Isère). 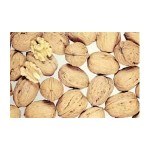 It has small size along with good taste. The tree is vigorous. It is originated from the region of Sarlat. 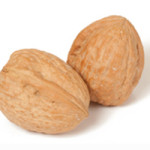 The tree is energetic. It is harvested during mean season. It is regarded as the variety of California. 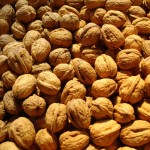 The fruit is very thick and the tree gets mature earlier. It was originated in French and cultivated in the South of Corrèze and North of Lot. 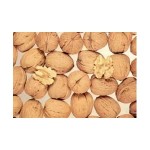 It is the fruit with a great taste. The tree is highly energetic and matures in the second week of October. It was originated from Tullins. 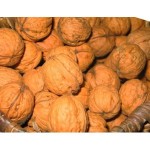 The fruit is tasty and thick. The tree is easier to form and extremely vigorous. It gets mature in the middle of October. It is originated in French and also cultivated in Isère (Vercors). 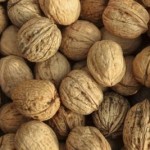 The nut is mean to small in size. The edible part of the fruit is pale in color. The tree is rounded and vigorous. It gets mature in the Middle of September. 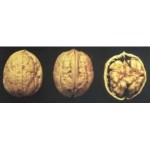 The shell of the nut is attractive. It is harvested in the middle to end of the season. 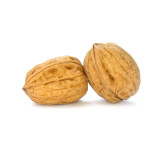 The edible part of the fruit is pale in color. The tree is medium or small in size. It gets mature from early-middle season. 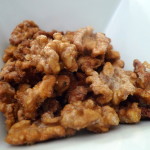 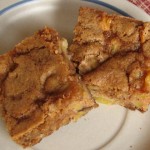 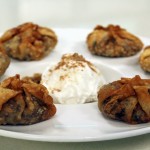