Facts and Food Sources of Isorhamnetin 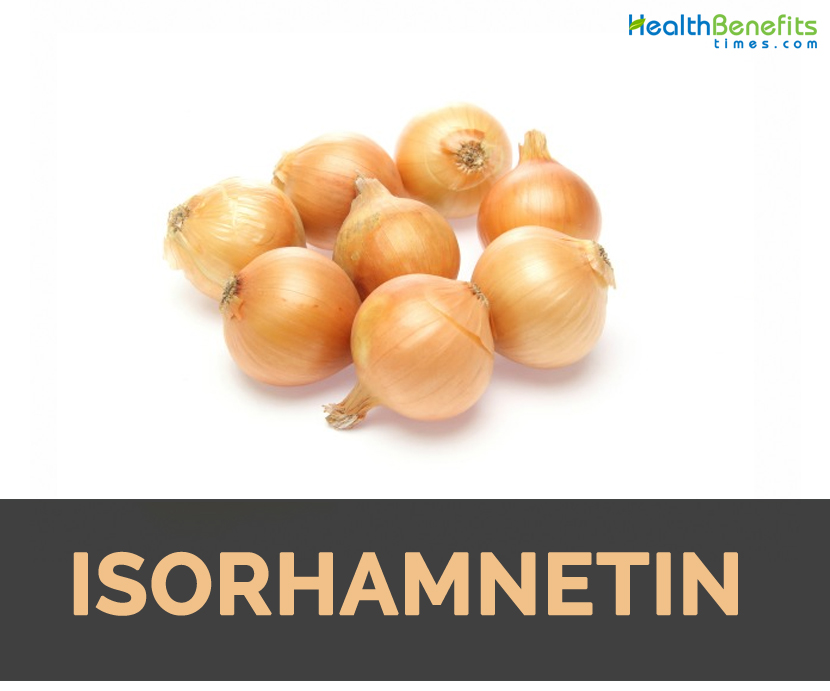 Isorhamnetin is an O-methylated flavonol from class of flavonoids. The common food source of 3′-methyloxylated derivative of quercetin and its glucoside conjugates are pungent yellow or red onions in which it is a minor pigment but quercetin-3,4′-diglucoside and quercetin-4′-glucoside & the aglycone quercetin are the major pigments. It is one of the various flavonols that could be found in plant based foods and is a part of phytonutrient family, a group of chemical compounds which naturally occurs in plants and has various health benefits which are not regarded as essential nutrients. It acts as antioxidant which is associated with prevention of diabetes and cancer and promotes heart health. In 1938, isorhamnetin was discovered by Albert Szent-Györgyi, a Hungarian biochemist as a part of flavonoid family. Initially, he referred to flavonoids as Vitamin P but was later discovered that it is not essential to human health but not vitamins technically.

Discussed below are the health benefits of Isorhamnetin:

Both isorhamnetin and quercetin helps to promote heart health. It promotes endothelial function with its antioxidant activities and lower oxidation of HDL resulting lower chances of arteriosclerosis. It helps to lower blood pressure and vascular protective effects found in animal models of hypertension.

Facts and Food Sources of Rutin

Facts and Food Sources of Fisetin

Facts and Food Sources of Myricetin