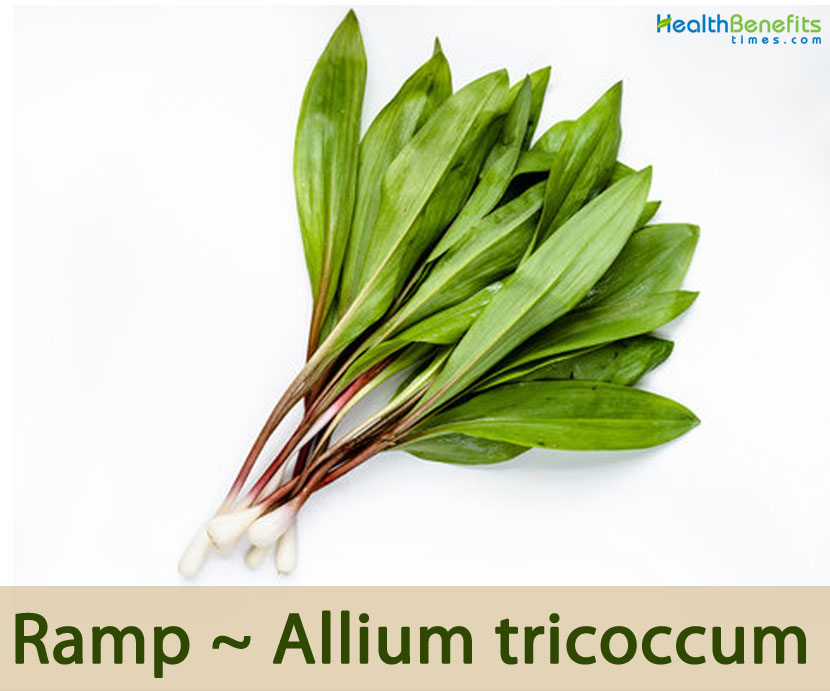 Allium tricoccum commonly known as ramp or wild leek is a North American species belonging to Liliaceae (Lily family). The plant is native to North America, and grows wild mostly in eastern Canada and the northern and southeastern United States, especially in the New England states such as Connecticut, Massachusetts, Maine, Rhode Island, Vermont, and New Hampshire. It is one of the earliest wild edible plants to appear in spring. Historically ramps were considered as a spring tonic and early settlers relied on their restorative qualities after a long winter. Wild Leek, Wood Leek, ramp, ramps, ramson, wood leek, wild garlic, Spring Onion is some of the well-known popular common names of the plant.

There are two varieties of ramps, A. tricoccum var. tricoccum and A. tricoccum var. burdickii. The triccocum variety is dominant in the southern Appalachian Mountains and has a purple stem and larger leaves than the burdickii variety with up to 50 flowers in a cluster. The burdickii variety is more common in the northern mountains and has narrower leaves, green at the base and is shorter stalked, with 20 or fewer flowers per cluster. The specific epithet tricoccum refers to the possession of three seeds.

Wild leeks have two or three basal leaves that emerge from an underground bulb in early spring, and they grow about 15 to 30 cm (6 to 12 inches) long, and 2 to 10 cm (1 to 4 inches) wide. The petioles of the plant are hairless, reddish and below they are covered in a basal sheath. They are lance-elliptic, narrowed at both ends with a long tapered base. Leaves have a smooth leathery texture with faint parallel veins, toothless, dark green often tinged red at the base with a reddish stalk. They are downy along the margins. The flowering stalk is smooth and green or reddish, and starts emerging as the leaves wither away for the season.

Flowers appear 4 to 6 weeks after leaves have emerged, usually after they have withered away for the season. A flowering stalk measure anything between ½ inch and 1½ inches in height and develops between early and mid-summer. The stalk is glabrous and terete and its color varies from red to light green. A papery sheath covers the base of the stalk. A solitary round umbel of flowers measuring 1 to 2 inches across develops at the apex of the stalk. On an average, each umbel comprises about 20 to 40 flowers. A couple of deciduous bracts also appear at the foot of the rounded umbel.

Each flower of the wild leek plant measures about ¼ inch across and it comprises six tepals whose color varies from white to translucent. Ovary is light green to pale yellow in color and six stamens grow from it. In addition to a solitary white style, the stamens have yellow anthers. Slender white to greenish white pedicel is found at the base of every flower. The plant is in bloom during summer and the flowering season lasts for around two weeks. Flowers as well as the foliage of wild leek emit an odor that is comparable to that of onions.

Once the flowering season is over, the ovary of the flowers develops into a three-celled seed capsule. Each of these cells encloses a solitary globoid seed, whose color changes to black when mature. 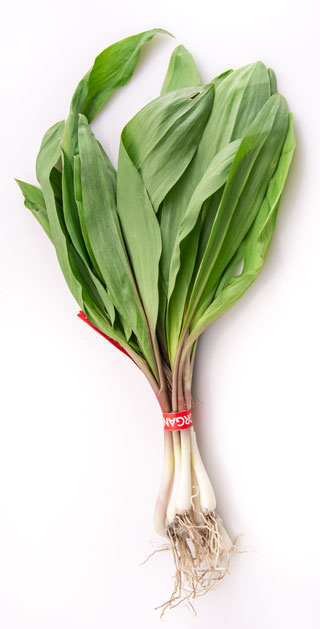 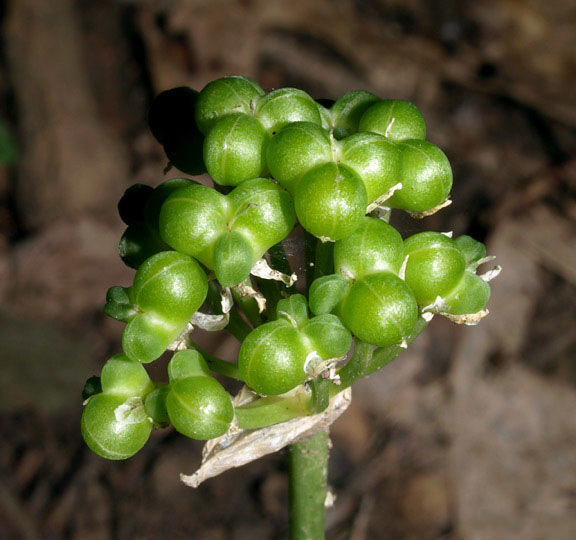 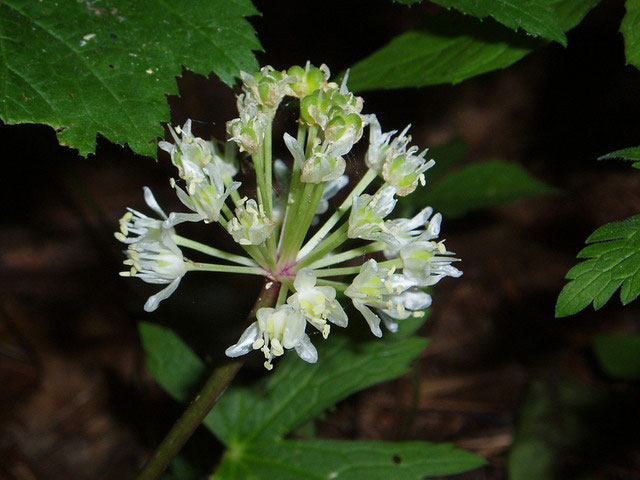 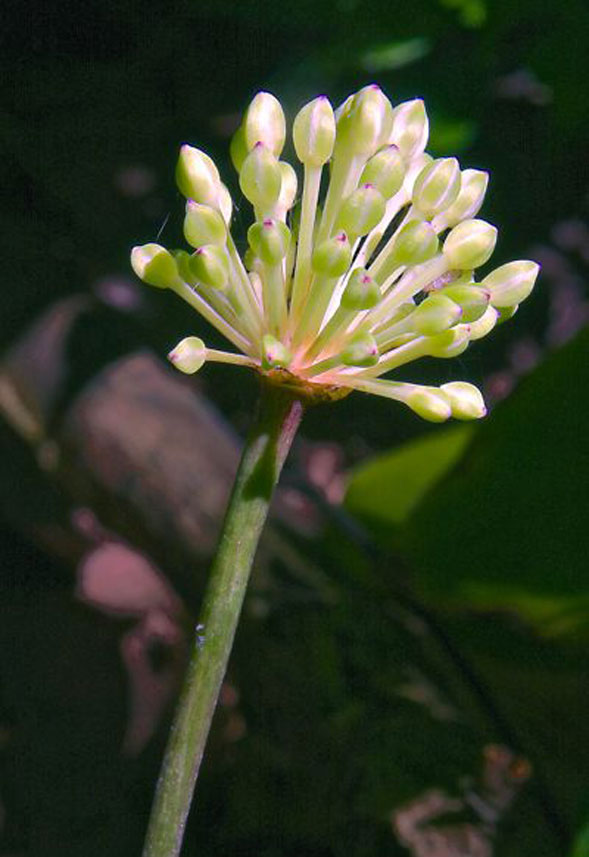 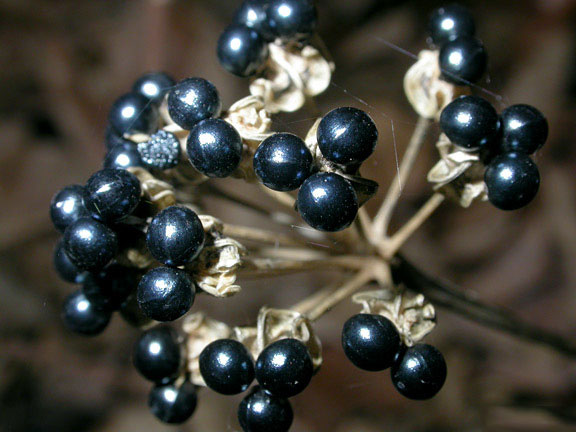 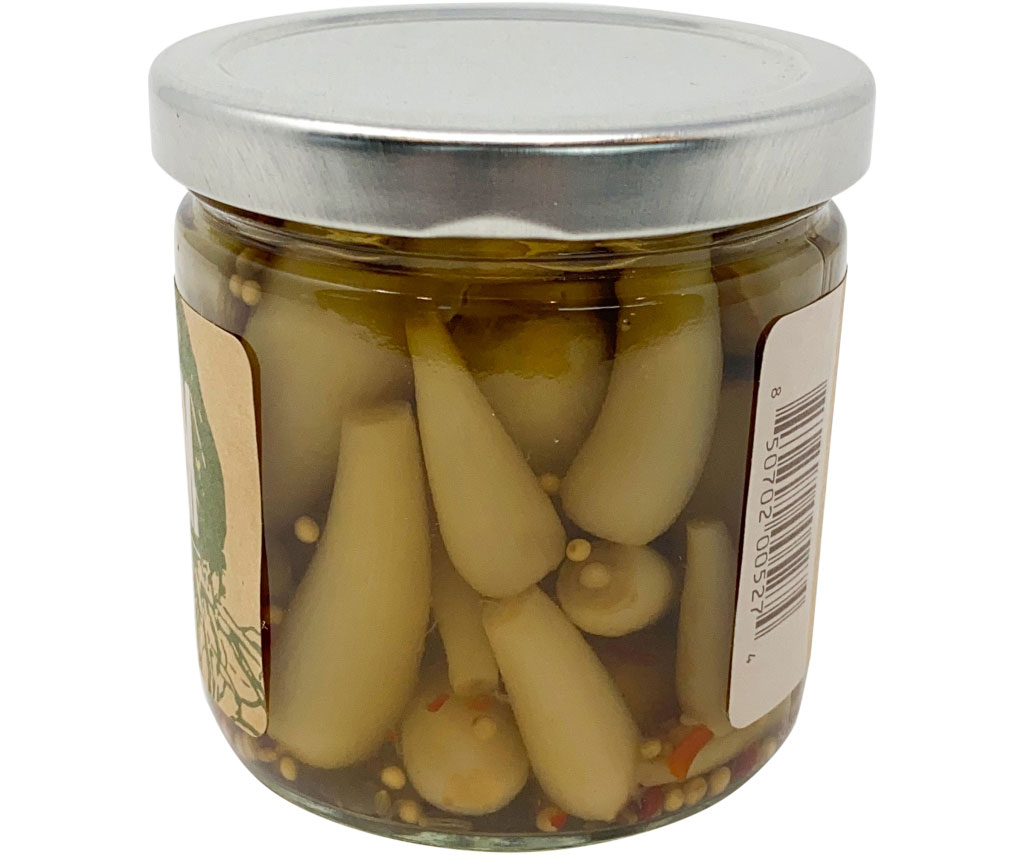 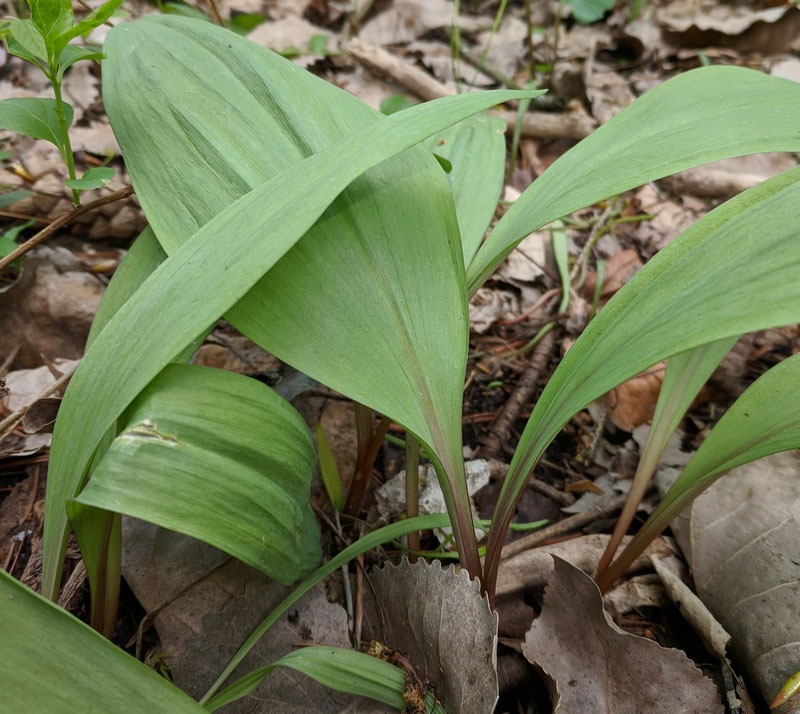 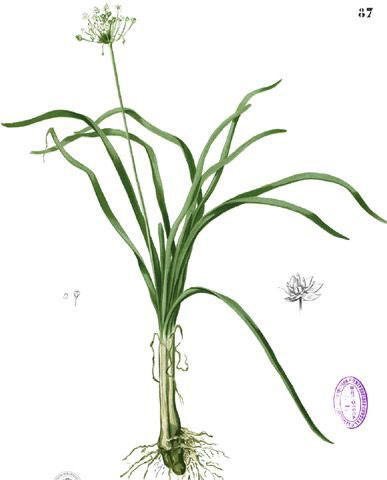 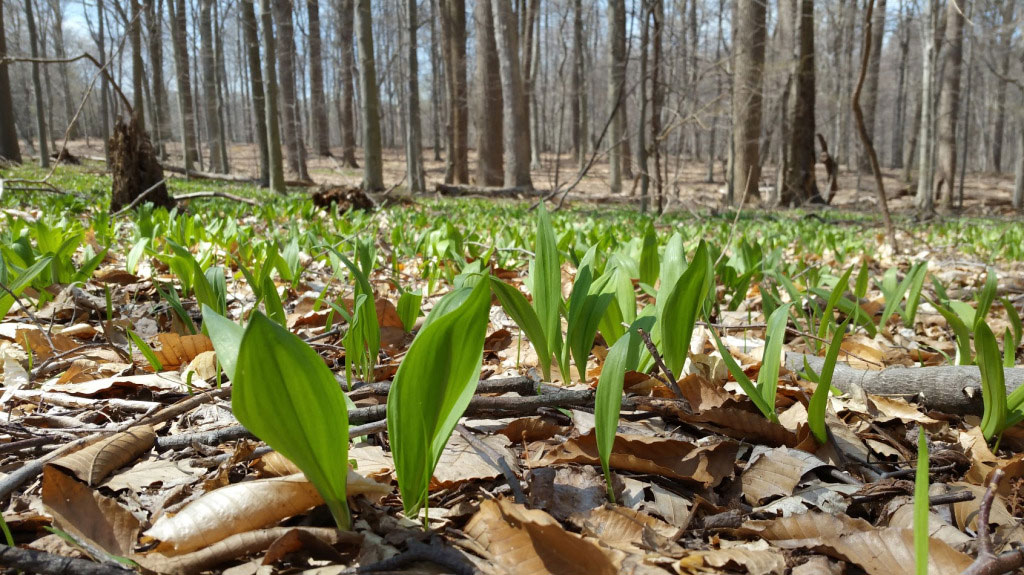 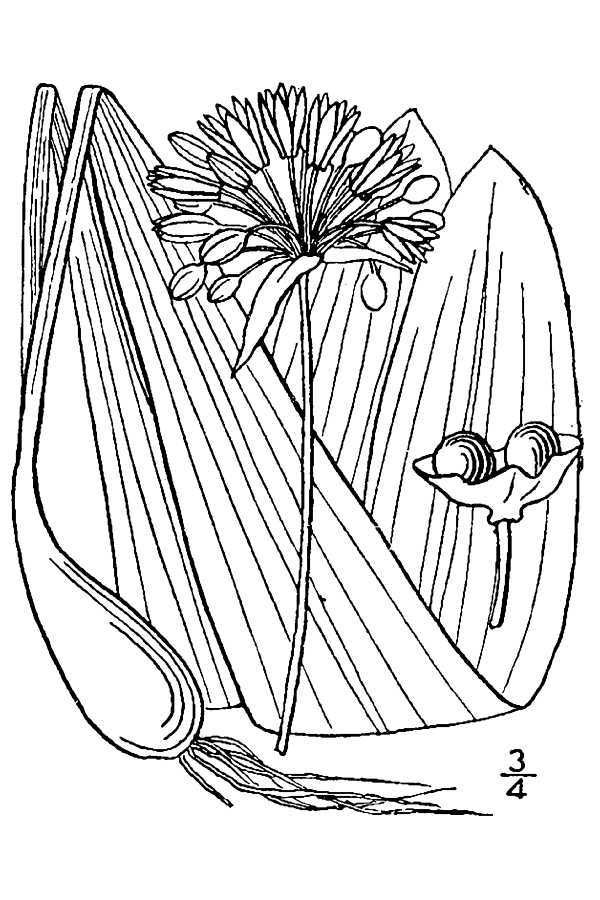 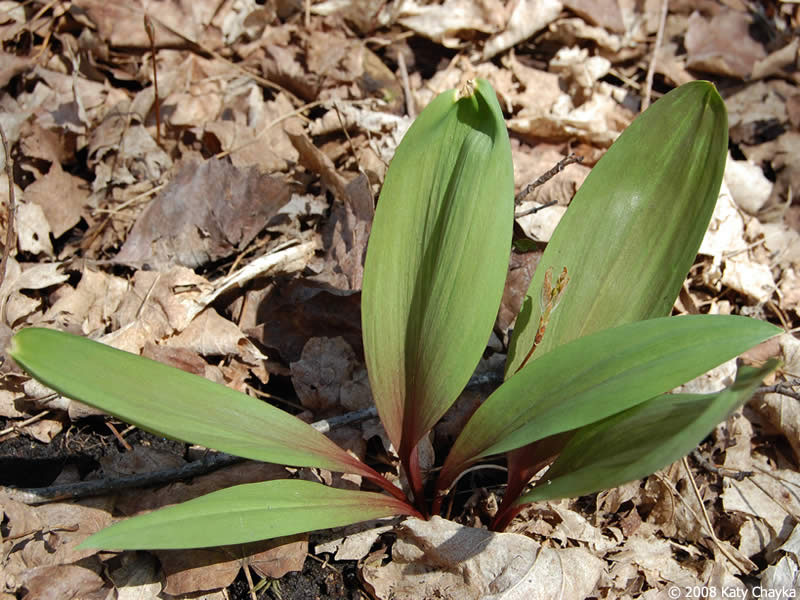 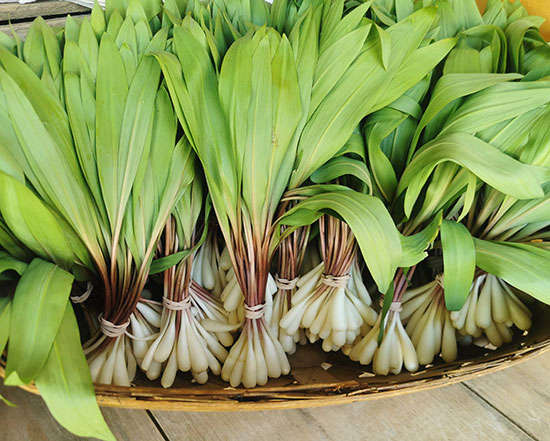 Ramp served as a very popular herbal remedy among Native American groups. Cherokee tribes once consumed wild leeks as a spring tonic for croup and colds, and also used them in warm juices for earaches. Ojibwa tribes reportedly used wild leeks as an emetic decoction, which induces vomiting. The Iroquois also used wild leek roots to treat worms in children, and for cleansing the body in general. Today, science can help recognize specific nutrients within wild leeks; as a result, there are numerous potential wild leeks health benefits to consider. Here are a few you should keep in mind

For centuries, Native Americans have believed that ramps could benefit the heart as well as circulatory system. Foliate in wild leeks helps control the homocysteine levels of the body. In high amounts, the protein homocysteine can contribute to heart diseases, particularly atherosclerosis. Research also shows that the kaempferol in wild leeks may decrease the risk of cardiovascular diseases.

Kaempferol protects the blood vessels against damage, while also supporting the liver with elimination of cholesterol. Wild leeks may also reduce low density lipoprotein (LDL) cholesterol and total cholesterol, which is very essential for preventing heart disease and atherosclerosis.

One of the most noted health benefits of wild leeks are this vegetable’s potential to fight or prevent cancer due to its high antioxidant content. Research suggests that the flavonoid antioxidant kaempferol found in wild leeks is involved in apoptosis (cell death) in various cancer types. Research published in the Journal of Agriculture and Food Chemistry in 2000 recommended that selenium-rich ramps have potential for cancer reduction in humans.

One wild leek consists of 10 percent of your RDA of iron for women for the day. Iron transports oxygen to the cells, supports healthy immune function and increases energy levels. Iron replacement is especially important for women because they experience loss of iron during the menstrual cycle.

Wild leeks have high total polyphenol content (TPC), which is the way foods are graded on their antioxidant content. They are higher than tomatoes and red bell peppers. These powerful polyphenols are active cancer fighting agents.

Traditional uses and benefits of Ramp 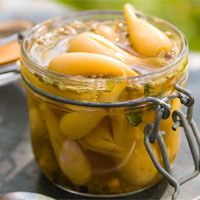 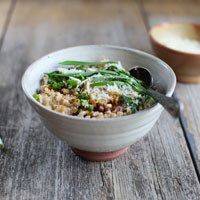 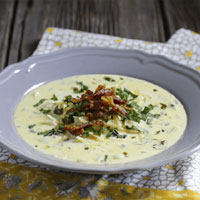 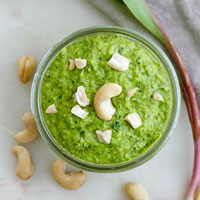 In a food processor or high-speed blender, combine all ingredients until the pesto is smooth and creamy. Use as a pasta sauce in your favorite pasta, or as a creamy salad dressing.