Trending
You are at:Home»Facts»Top 10 best brain foods for students 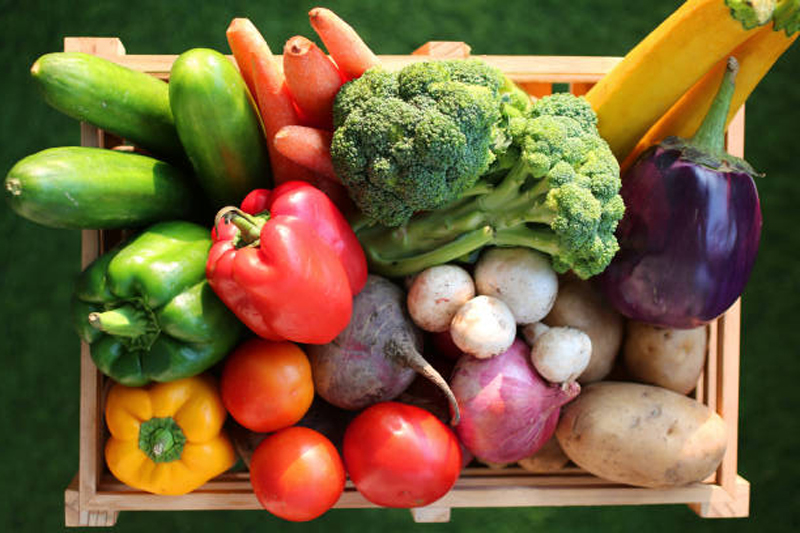 Spring is the perfect time to think about your health. Avitaminosis is a problem for so many people. By the way, if you’re a student you have so much to do in Spring: researches, homework, different assignments. You may have no time to think about your well-being. It’s important to ask for help. For example, write my essay online service will help you to delegate some of your tasks.  Instead, you will have some time to think about your diet. We offer you 5 foods that are good for brain function and improve memory.

For the body to get all the nutrients it needs, you need to eat well. We offer you a selection of foods that are good for health in general and for brain function in particular.

Broccoli, a member of the cabbage family, is an ideal food: it comprises 90 per cent water, it is packed full of vitamins and minerals and on top of that it contains very few calories. Broccoli is another free-radical fighting food, protecting cells in the brain and body from oxidative damage. The dark green color manages to disguise the presence of deep orange beta-carotene, but it is in fact the orange color that makes broccoli dark rather than light green.

In addition to providing a generous supply of flavonoids, broccoli is a rich source of iron, calcium, potassium and vitamin C. A cup of cooked broccoli contains more vitamin C than two oranges. But vitamin C is particularly vulnerable during storage and cooking, so it is best to buy only as much broccoli as you can use immediately or the nutrient levels will decline. When buying broccoli, choose the darkest, greenest stalks on display and cook them only lightly to preserve the precious vitamins in this vegetable.

Cabbage, and almost any type of cabbage, is good for your overall health. Broccoli is a product high in vitamin K, which is good for brain function. If you don’t eat dishes with broccoli often, it’s time to remedy that.

We suggest you make a very tasty and healthy broccoli sprouts soup with Ayran. For this, you will need boiled broccoli sprouts, some dill and green onions, and Ayran. Grind the ingredients in a blender and pour the Аyran – the soup is ready!

The red pepper is a ripened version of the green variety and the extra time allowed for maturing increases the overall nutrient content. Both red and green peppers are rich in the protective antioxidant nutrients vitamin C and beta-carotene, which is a vitamin A precursor, However, the red pepper has 20 per cent more vitamin C than the green one and 15 times more beta-carotene. The rich red colur of a red pepper is proof of its high levels of beta-carotene.

Good-quality peppers are fresh, firm and bright in appearance and have a thick flesh. Avoid peppers that are shriveled, soft or dull in appearance as this 40 food for thought is an indication that they may have lost much of their vitamin C. Peppers also contain sodium and potassium, minerals that facilitate the transmission of nerve messages.

Onions are one of the earliest known foods to be used as a medicine for colds and were in fact thought to be invested with supernatural powers in Ancient Egypt. Their straw-yellow colour comes from the group of flavonoids called anthoxanthins, which boost the immune system and protect vulnerable brain and nerve cells from free-radical damage. The odour of onions is caused by a sulphur containing oily vapour, which escapes into the air when the onion is cut or peeled. When this volatile oil is inhaled it can cause eyes to sting and water. But the sulphur in onions helps the body to get rid of toxins that can cause cloudy and fuzzy thinking. Onions also stimulate the amino acid activity in the brain and nervous system by helping in the conversion of amino acids to neurotransmitters.

Beetroot is a bonus brain food because it contains so many important brain nutrients. To produce energy the brain needs carbohydrates plus oxygen. Beetroots are rich in readily usable carbohydrates, and they provide a source of iron (especially useful for vegetarians), which helps blood to carry oxygen to the brain.

The rich purple color of beetroot is caused by the presence of anthocyanidins. These protect delicate brain cell membranes, making them more receptive to neurotransmitter messages. Beetroots are also rich in the minerals sodium, potassium, calcium and phosphorus, important for good mental health, which all work together to produce and transmit neuro-messages.

Fresh and cooked beetroot contain most of the important nutrients; avoid pickled varieties, which are lower in minerals. When choosing fresh beetroot, look for plump roots that are smooth and firm and avoid those that show any signs of decay.

The bright red color of tomatoes is supplied by a phytochemical called lycopene, which is in the same family of carotenoids as the orange colored beta-carotene in carrots. Lycopene acts as a powerful antioxidant in protecting the brain and nervous system. Tomatoes contain a wide range of minerals and B vitamins, which help power the brain and produce neuro-messengers.

Tomatoes should only be picked when they are ripe and eaten soon after. Unfortunately, today many producers pick the tomatoes when they are too green and then allow them to ripen on their way to the markets. If the seeds or the internal part of the tomato are still green while the outside is red, this is an indication that the fruit has been picked too early. It is best to use the freshest, smallest and reddest tomatoes available as these will be richest in lycopene and vitamin C. However, when fresh tomatoes are not available, canned tomatoes provide suitable backup. They still retain two-thirds of the vitamin C content and one-third of the carotenoid of fresh tomatoes.

Beans are a valuable source of protein, especially for vegetarians. However, because they are moderately low in some of the amino acids, they cannot be considered a ‘complete’ protein like meat or cheese. However, brown rice, millet pasta or couscous can be used to complement beans to create a nutritious meat substitute. Beans also supply the synergistic minerals, including magnesium, phosphorus, iron, zinc and manganese, needed to work with the amino acids for constructing the brain’s messengers. The rich supply of carbohydrates in beans fuels the brain with the energy to make the whole system work. Note: It is not safe to eat raw or undercooked kidney and soya beans. Follow the manufacturer’s instructions regarding cooking.

It is not a secret that fatty fish (such as mackerel, salmon, sardine, tuna) is good for your health because it contains a lot of vitamins and useful microelements, including polyunsaturated fatty acids. The latter is necessary and useful for brain function. Also, fish contains a lot of protein – and this is the main food for the brain, especially when you’re writing a 500 word essay.

Blueberries contain vitamins, useful trace elements, as well as antioxidants necessary for brain function and good memory. Blueberries, of course, can and should be eaten in the summer, and you can also eat blueberries frozen – they contain no less useful substances than fresh ones.

You can prepare a blueberry-cotton smoothie. For this purpose, take 1 cup of berries, 100 grams of cottage cheese, a few tablespoons of sour cream, and a few teaspoons of sugar – and grind it in a blender. Very simple and delicious!

Those who watch their diet most likely have long appreciated the health benefits and taste of whole-grain bread. Such bread is a source of “slow” carbohydrates, which supply the brain with energy. Brown rice, unprocessed grains, and whole-grain pasta are also helpful.