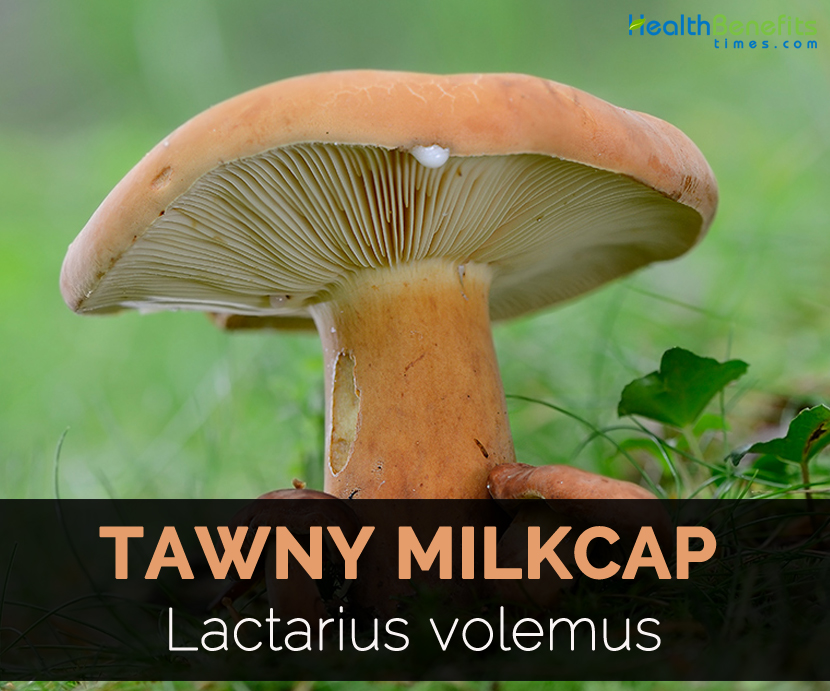 [php snippet=1]Tawny Milkcap, also scientifically known as Lactarius volemus is a fungus species in the family Russulaceae. It is widely distributed in northern hemisphere, in temperate regions of Europe, Asia, North America and some subtropical and tropical regions of Central America and Asia. The fruit bodies grow on a ground at a base of various species of trees from summer to autumn either individually or in groups. It produces a white spore print and has roughly spherical spores which measures 7–8 micrometers in diameter. The color of the mushroom varies from apricot to tawny and the cap is upto 11 cm (4 ½ in) wide. Gills on underside of the cap are pale golden yellow which are closely spaced and sometimes forked. The cap is 2-5 inches wide and smooth with dry and velvety feel.  Upper part is orange-brown in color. The edges of mushroom cap turn up and become bowl shaped. They have dark, russet color and turns almost pale yellow when they get older. Stalk is 4 inches tall and orange but has darker streaks in it. It is found in warm temperate regions and some tropical and subtropical regions of the Northern Hemisphere.

Fruit body has fleshy and firm cap with velvety or smooth surface and the shape changes with maturity. It has typical diameter of 5 to 11 cm (2–4 ½ in), its colour ranges from apricot to tawny. The color of the cap varies in North American, European and Asian specimens. The height of the stem varies between 4 and 12 cm (1 ½ and 5 in) and has lighter coloration than cap. Gills are adnate to slightly decurrent, narrow, brittle, quite closely spaced and sometimes forked. When bruised, a pale golden yellow color turns brown.

Cap is fleshy and firm, 4-15 cm, initially convex, then flat-convex, finally depressed at the center, cyathiform. Cuticle is not detachable, irregularly wrinkled, velvety, dry, opaque, cracked with dry weather towards the margin.

Gills are attached to the stem or running slightly down. It is creamy white and discoloring to brown when injured. 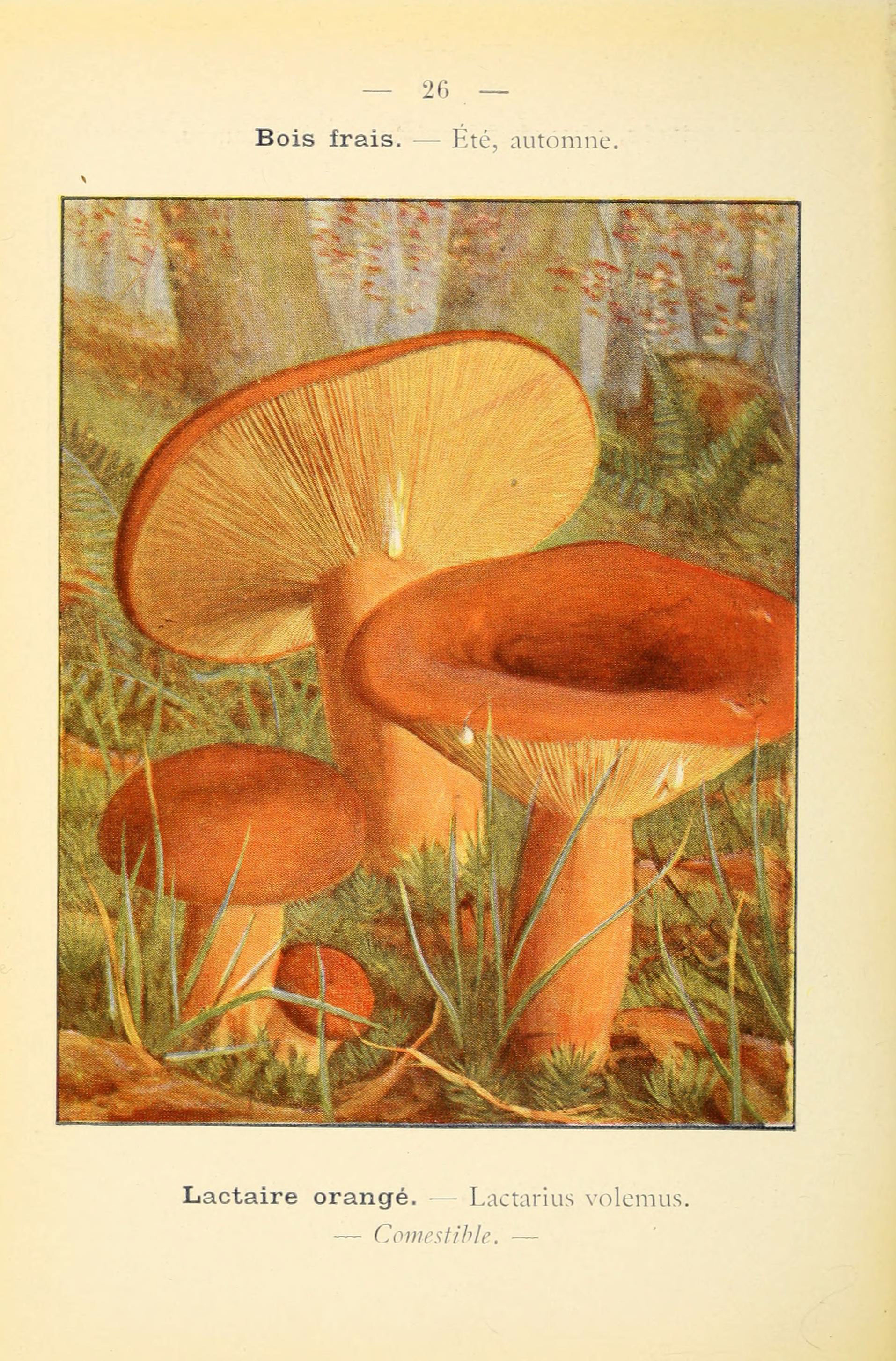 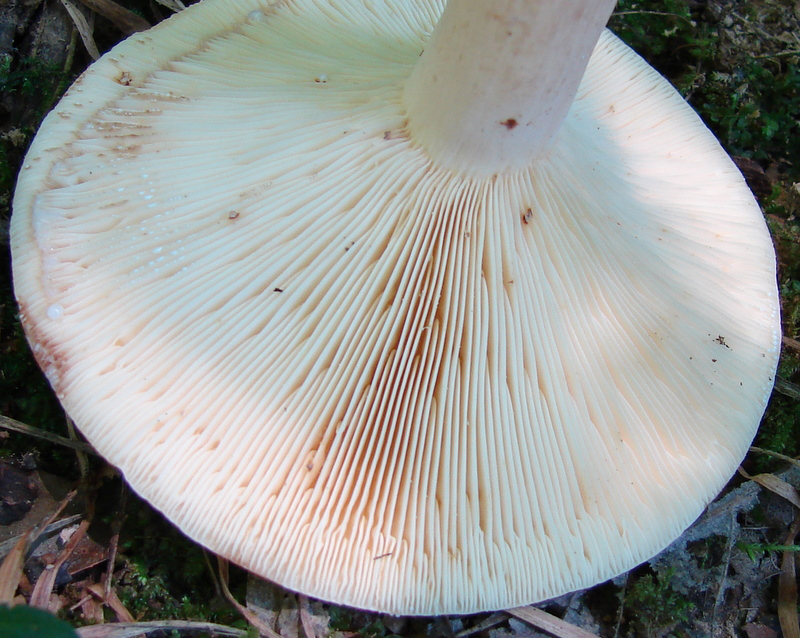 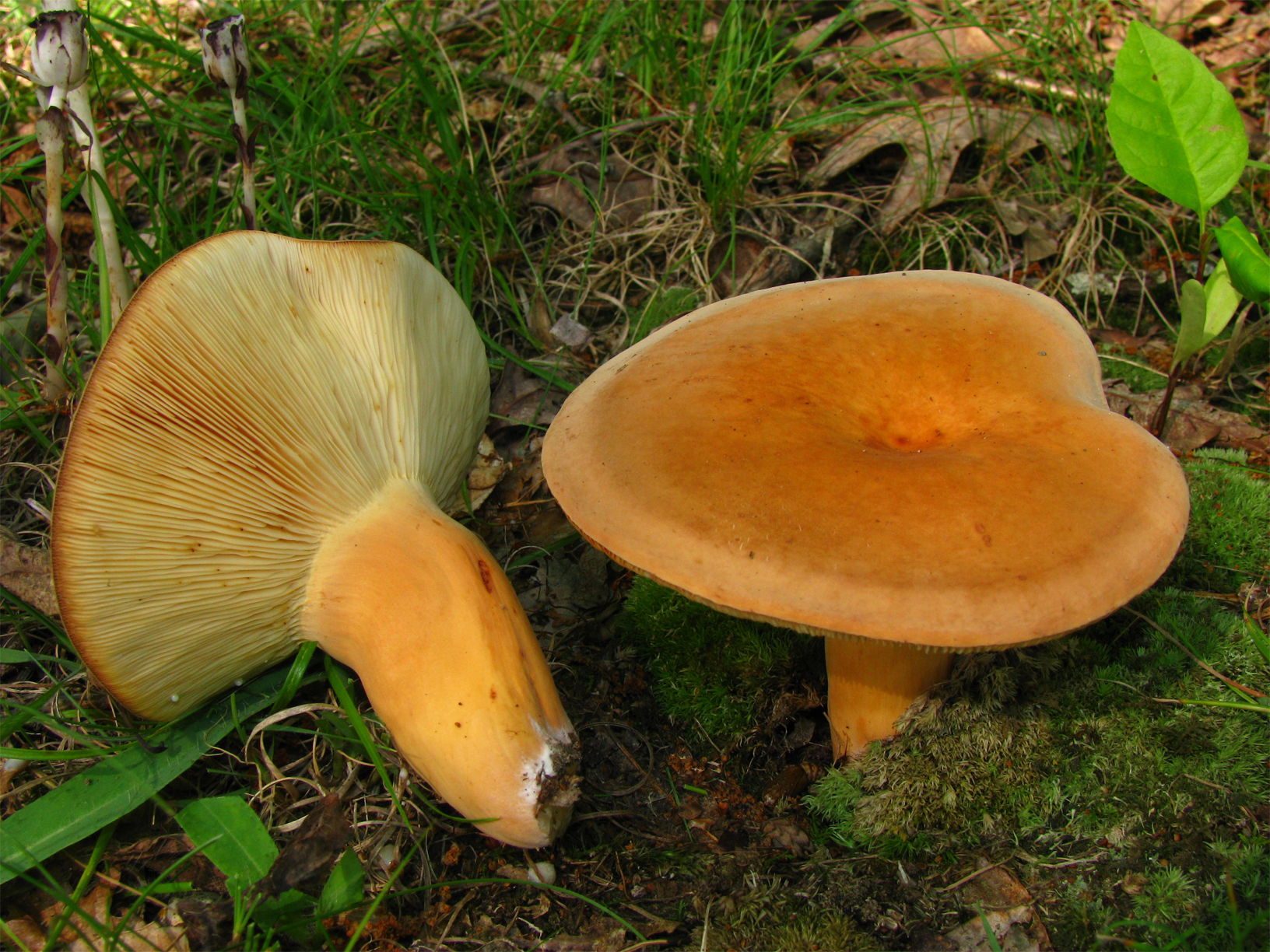 Stems are normally cylindroid, 5-3 cm but are swollen or tapered at the base. The extension of the gills and concolor to the cap but paler and discoloring dark brown when touched.

Flesh is compact, firm, thick at center of the cap, cream-white staining slowly brown in the cap and in the bark of the stem.