Trending
You are at:Home»Herbs and Spices»Facts and Benefits of Arjun Tree 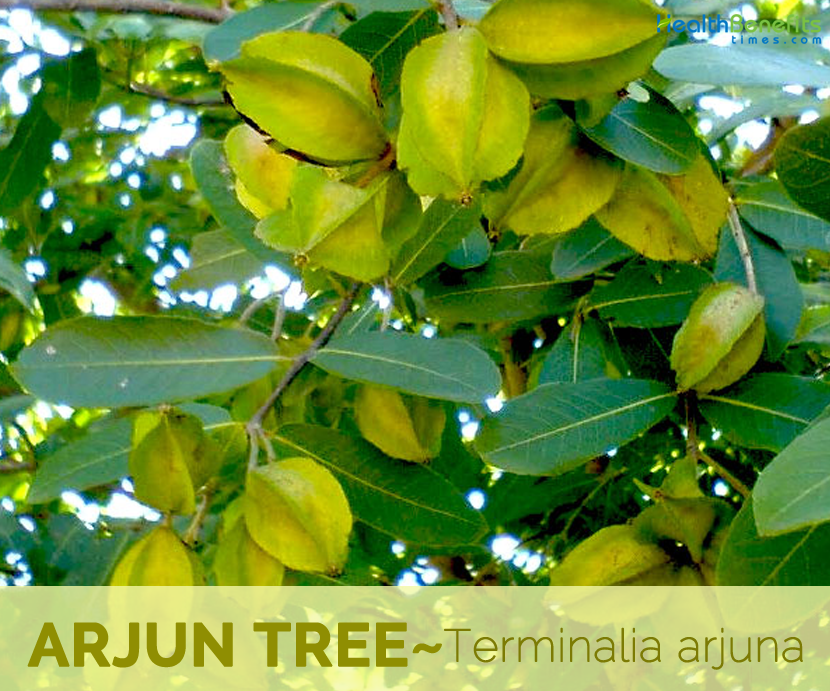 Terminalia Arjuna commonly known as Arjun tree, Arjuna, Koha, Kahu, Arjan, White Marudah, White Murdh, Arjuna Myrobalan, Orjun, Yerra maddi, Sadada and Sadaru is a tree of Combretaceae family and genus Terminalia. It is a deciduous riparian tree native to India but also found in Pakistan, Sri Lanka, Myanmar and some other Asian Countries. The name Terminalia is derived from a Latin word ‘terminalis’ or ‘terminus’ which means “ending”. In other words it is refer to the habit this plants leaves that are being crowded at the tips of the shoots. The name ‘Arjuna’ is also well described in the ancient Indian script known as RigVeda and Atharvaeda. In this it is term as a “white” or “bright” or probably the shining quality of its (Chaal) bark.

Terminalis has been used in the Ayurveda system of traditional medicine since the 7th century. All parts of the plant are used, usually as a milk decoction. Practitioners of Ayurveda typically use Terminalis for bleeding and cardiovascular ailments. The leaves of this tree are fed on by the Antheraea paphia moth which produces the tassar silk (Tussah), a form of wild silk of commercial importance. The tree is also planted to provide shade, especially in coffee plantations.

Arjun Tree is an evergreen, deciduous tree that grows about 20–25 meters tall. The tree is found growing in wet, marshy areas on riverbanks, banks of streams and rivers and normally prefers humid, fertile and red lateritic soils, but it can grow in any type of soils. It can also grow in shade. The plant usually has a buttressed trunk about 2.5 m in diameter, and forms a wide canopy at the crown, from which branches drop downwards. Bark is smooth, grey outside and reddish from the inside.

Leaves are usually sub-opposite, oblong-elliptic or somewhat sub-orbicular, 7-18 (-25) cm long, 4-6 cm broad, obtuse, rarely sub-acute with rounded or cordate base, glabrous to sub-glabrous above, partially pubescent beneath, entire somewhat crenate or serrate in the upper half or throughout, petiole 5-10 mm long with 2 (-1) rounded glands at the apex. Leaves are dull green above and pale brown beneath. 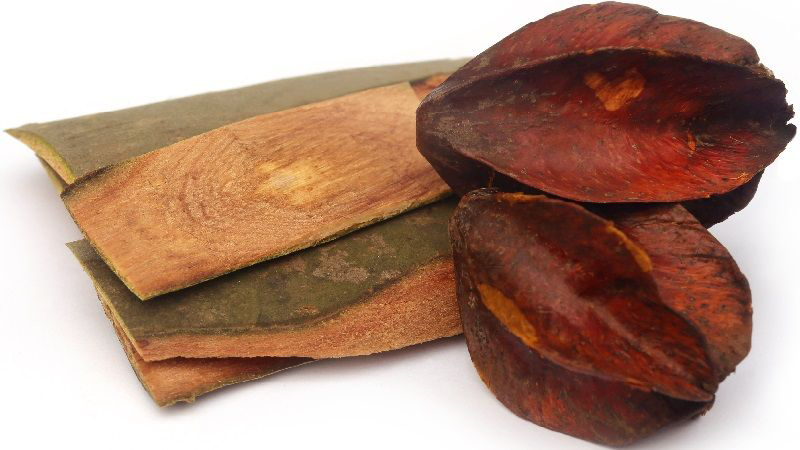 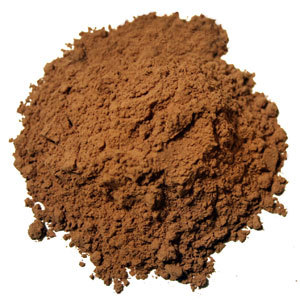 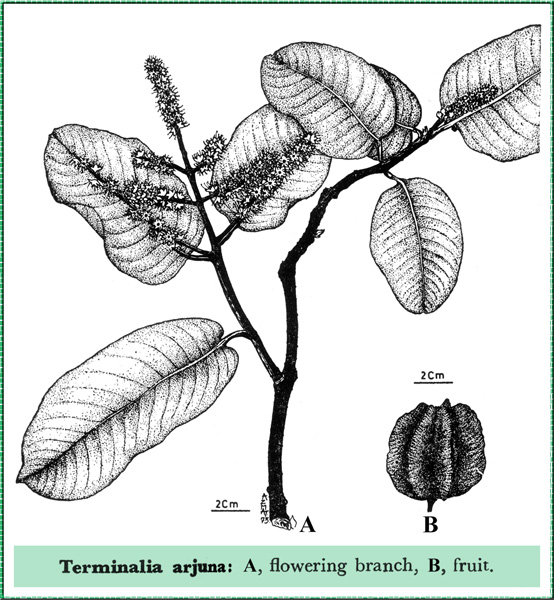 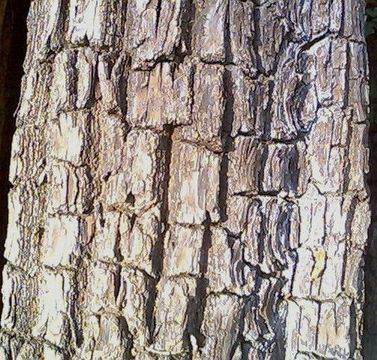 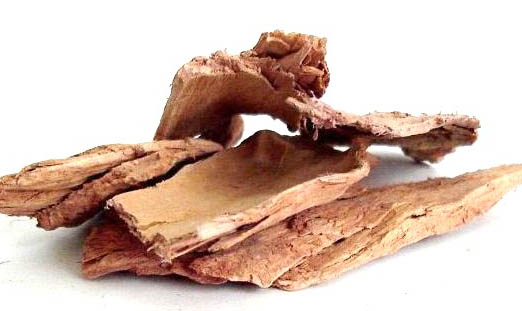 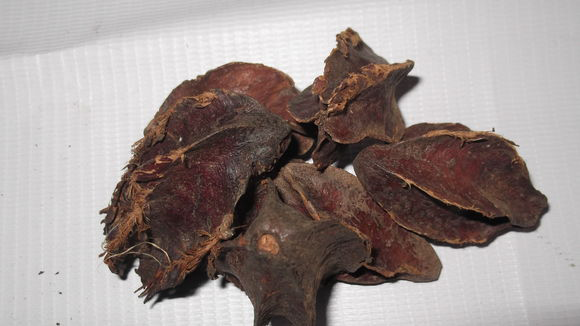 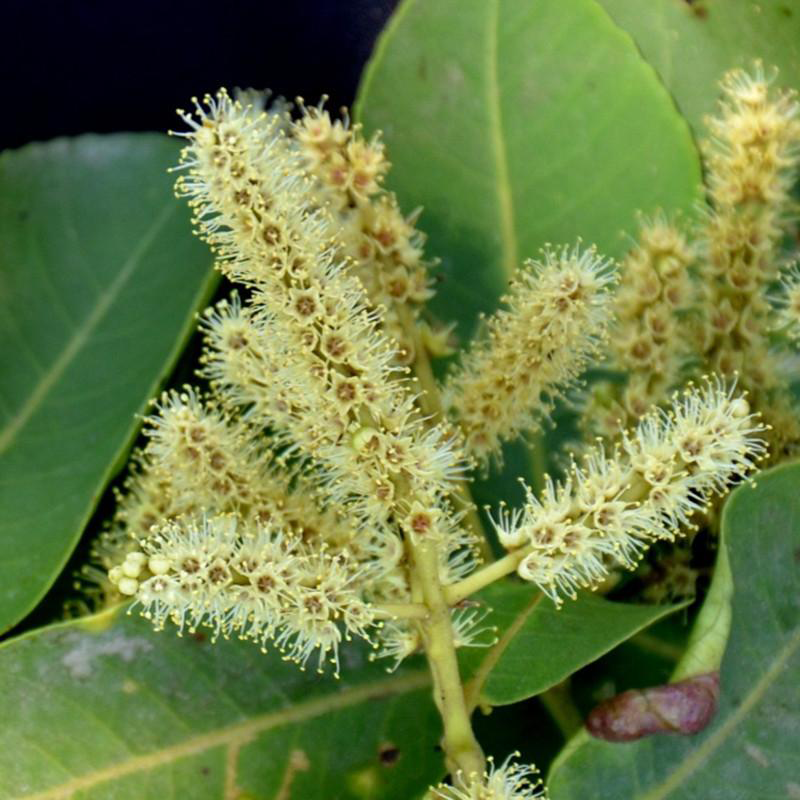 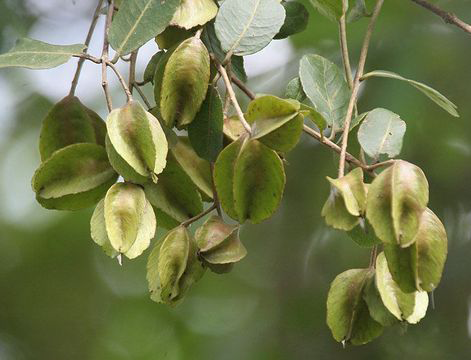 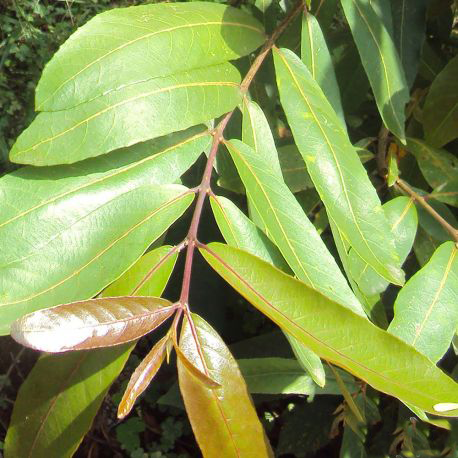 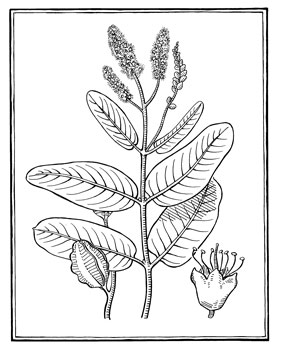 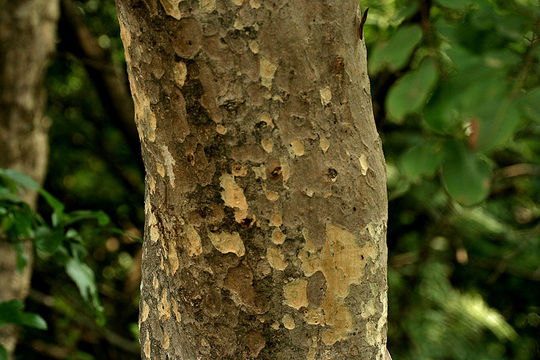 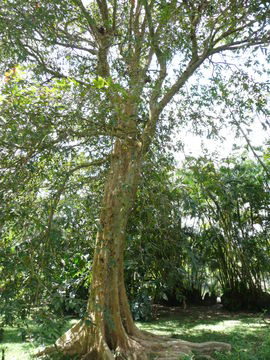 In Ayurveda, Arjuna Bark is mainly used for heart diseases and as a heart tonic. In addition, it is also shown in other diseases as listed above. Now, Arjuna is also researched for an ulcer, diabetes, and cancer treatments. Listed below are some of the popular health benefits of using Arjun tree bark

Terminalia Arjuna has anti-atherogenic and hypo-lipidemic properties. It reduces low-grade inflammation of the blood vessels and anti-hyperlipidemic action lowers serum concentration of total cholesterol, LDL cholesterol, VLDL total cholesterol, and triglycerides. It also reduces atherogenic index. Research on rabbit suggested a reduction in the atherosclerotic lesion in rabbit’s aorta. These effects are likely to be due to its antihyperlipidemic, anti-inflammatory and antioxidant characteristics. Thus, Arjuna bark can be used for its anti-atherogenic action, reducing atherosclerotic lesion and stopping the progress of atherosclerosis. (1), (2)

Coronary Artery Disease is a common cause of heart failure in addition to uncontrolled hypertension. Terminalia Arjuna helps to stop its progress and further plaque deposition by reducing low-grade inflammation in the blood vessels and coronary arteries. In addition, it also checks cholesterol deposits and plaque formation. It considerably reduces serum cholesterol, triglycerides, low-density lipoprotein and atherogenic index.

However, it may not help alone to treat the coronary artery disease, but along with following herbs, it works efficiently to clear the blockage caused by Cholesterol-containing deposits. (6), (7)

Arjuna consists of compounds that help to protect against DNA damage from toxins. Research has found that pretreatment of lymphocytes with bark extract of Terminalia Arjuna before administration of adriamycin results in significant decrease in formation of micronuclei. So, it protects DNA against adriamicin-induced damage.

Terminalia Arjuna is quite beneficial to improve the functions of left ventricle of the heart. It provides strength to the heart muscles and improves the heart’s capacity to pump the blood. It has cardio-protective actions, which helps to preserve the optimum functions of the heart and speeds up the recovery process for cardiac injury. It is most commonly used for prevention from Myocardial Infarction (Heart attack) because it has anti-atherogenic property, which helps to decrease plaque buildup in the coronary arteries and improves the blood flow to the heart tissue.

In Ayurveda, Arjuna is commonly suggested for heart disease’s prevention in people suffering from diabetes mellitus and hypertension.

Astringents substances in Arjuna Bark have anti-hemorrhagic property, which may be because it may causes vasoconstriction that helps to reduce bleeding and treat hemorrhages. It is commonly used in Ayurveda for bleeding disorders along with other herbs.

Arjuna Bark Ksheera Pak is useful for the treatment of chronic low-grade fever associated with extreme fatigue and physical weakness. However, it is not the perfect medicine for lowering fever, but it assists other medicines to fight off infections and fever. Additionally, it reduces fatigue and weakness and restores body strength.

Terminalia Arjuna is used as Arjuna Ksheera Pak along with Indrayava (Holarrhena Antidysenterica seeds) for the treatment of dysentery. This combination helps to reduce bleeding in stools, frequency of defecation, and eradicates the infection.

In Ayurveda, a paste of Arjuna Bark is prepared with water and applied on the part of bone fracture after alignment. The application of bark powder is repeated twice a day until recovery.

Additionally 3 to 4 grams Arjuna Bark Powder along with 2 grams of Cissus Quadrangularis is recommended to take twice daily with Cow’s Ghee and Desi Khand (naturally prepared sugar). It is believed this helps to speed up the proliferative physiological process, which enhances the fracture healing.