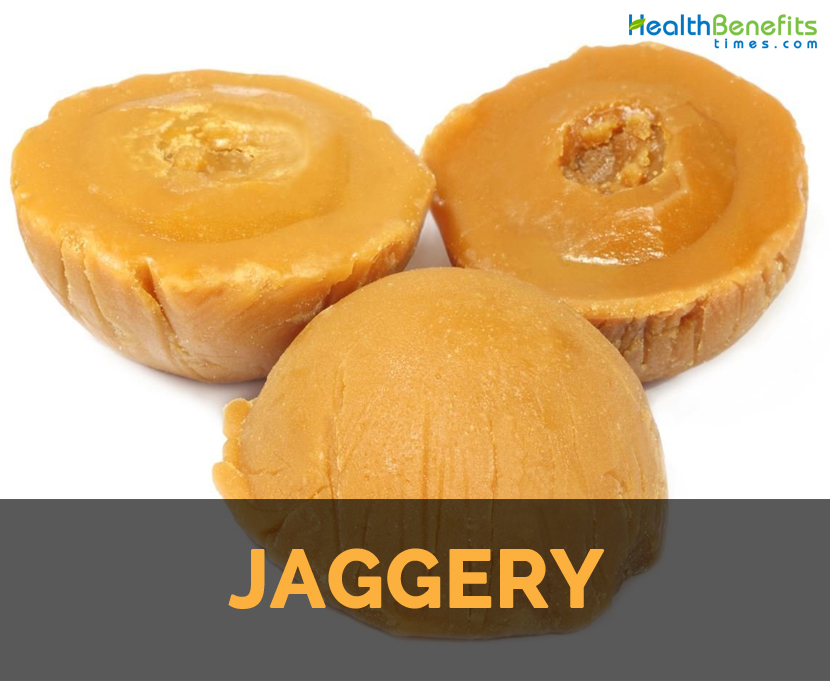 Jaggery is the unrefined sugar or sweetener which is widely consumed in America, Africa and Asian countries. It is produced with the use of cane juice, date or palm sap. The color of Jaggery ranges from golden brown to dark brown. It possesses 20% of invert sugars, 50% of sucrose and 20% of moisture. It is also blended with peanuts, coconut, condensed milk, and white sugar. The various types of Jaggery are: Sugarcane Jaggery, Date Palm Jaggery, Palmyra Jaggery, Toddy Palm Jaggery and Other Palm Jaggery. It is a perfect substitute for sugar which is loaded with various nutrients and is free from chemicals. It acts as a blood purifier and helps to eradicate the health problems such as pimples, acne, indigestion, hair loss and joint pain. Besides the food use, it is also used as a dying fabric. Though the nutrient in Jaggery differs from sugar, it should not be consumed high amounts because the excessive intake of sugar would cause chronic ailments.

Some say that jaggery originated in Eastern India, some say that Portuguese brought it here. So though the exact point of location is debatable, one can say that jaggery was produced in places with high sugarcane growth, viz the Indian subcontinent, Latin America and the Caribbean.

The palms or canes are pressed in order to extract the sap or sweet juice.

The juice is put in a large container so that the sediment remains in bottom. It is strained to get a clear liquid.

Then the juice is kept in a large and flat bottom pan and is boiled. Jaggery is stirred during this process and the top part is removed till a yellow and dough paste is remained.

Besides the sweet taste, it is loaded with therapeutic properties. The juice extracted from sugarcane is heated for forming the thick crystals. The sugar is contained in it in the form of sucrose and used as a sweetening agent in the food products. It is regarded as the natural sweetener. The dosage for the people differs according to the age. It is an excellent source of minerals and iron. It acts as a blood purifier and helps to eliminate toxins from the body. It helps to boost energy and is an aid for various health ailments.

Food contains carbohydrates that provide energy on oxidation. The simple carbohydrate releases the energy soon. The athletes and fatigue patients requires energy. The glucose and sugar is a simple carbohydrate which is easily absorbed in blood stream and provides energy. The studies show that the unusual rise in the level of sugar or energy could affect the internal organs. It might fluctuate the level of sugar in pancreas and it may not be able to release the insulin for counteracting the rise in blood sugar level. This could result in the ailments of eyes, kidneys and rise blood sugar. Jaggery is a complex carbohydrate so it is gradually absorbed and digested. It also releases energy for a long period of time. It provides energy and warmth without affecting the internal organs.

In India, Jaggery is consumed after eating meat or heavy meal so that it stimulates digestion. It activates digestive enzymes which convert into the acetic acid in stomach by enhancing digestion and smoothening the process. It lowers the strain on the digestive tract and intestines.

Jaggery has the ability to clean the body such as lungs, respiratory tracts, stomach, food pipe and intestines. It eliminates the unwanted particles and dust from the body. It provides relief from constipation as it possess fiber. It promotes the bowel movements along with the cleansing of toxins.

The sugars are the plain sweeteners which could be replaced with Jaggery. It is colorful sweetener which is available in various types such as Palmyra Jaggery, Date Palm Jaggery etc.

Jaggery provides relief from constipation by promoting the bowel movements. It mobilizes the digestive enzymes in the body and assists digestion.

Migraine, bloating, water retention, coughs and cold has become the common health problems. The intake of Jaggery helps to overcome these symptoms. It should be mixed with warm water or added to the tea.

It counteracts the infections by enhancing the immunity power. It is packed with antioxidants as well as minerals such as selenium and zinc by preventing the free radial damage and promoting the resistance for the infections.

The color of this sugarcane jaggery ranges from golden brown to dark brown. It is made by boiling the juice of sugarcane. It has the physical state from amorphous solid to viscous granular liquid. It could be found in India, Bangladesh, Pakistan, Sri Lanka, Philippines, Myanmar, Cuba, Malaysia and Mexico. India is considered as the biggest producer as well as consumer of this variety. It has sweet taste with salt.

This jaggery has golden brown or dark brown color. The sap of date palm is boiled to make this Date palm jaggery. It is an amorphous solid or viscous granular to a clear red liquid. It could be found in Bangladesh and West Bengal of India. It has sweet taste and typical aroma of Date palm or is like a dark chocolate.

It is off white or pale yellowish white. The sap of Palmyra palm is boiled to prepare the Jaggery. It is an amorphous solid. It is found in Bangladesh and India (West Bengal). It has very sweet taste with a typical aroma of Palmyra or like white chocolate.

This jaggery is golden brown in color. It is made by boiling the sap of toddy palm. It is also an amorphous solid. It is available in Myanmar. It has sweet taste along with typical aroma of the sap of Toddy palm.

Jaggery could be made from the Coconut palm or Sago palm. The preparation process is same. The sap is boiled in a concentrated form until the solid or amorphous form is obtained. It is golden yellow, golden brown or brown. This is made in Myanmar, Malaysia and Philippines.