Trending
You are at:Home»Dairy»What is Asiago cheese? 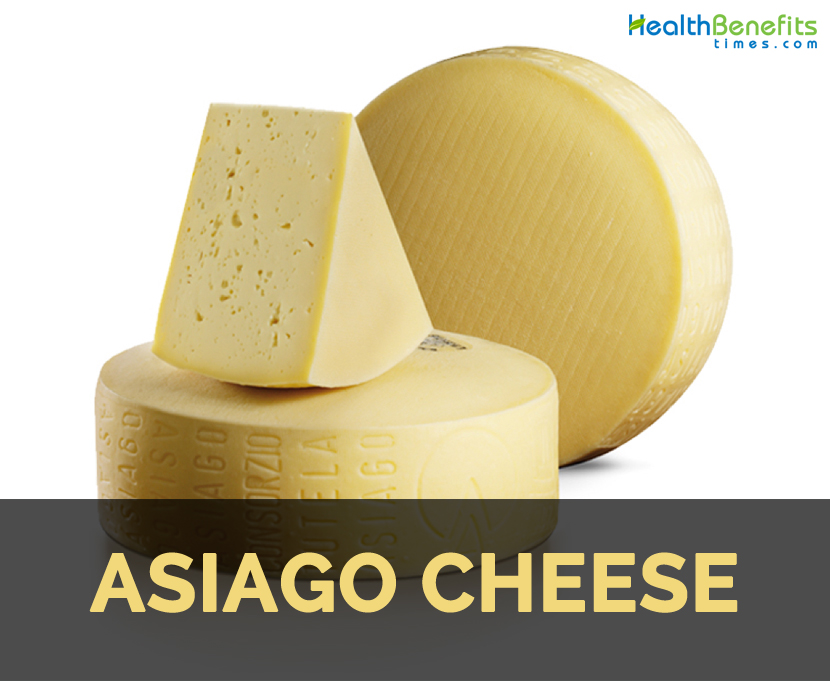 Asiago cheese is an Italian cow’s milk with variety of texture such as smooth to crumbly which depends on its aging. This cheese is grated in soups, salads, sauces and pastas. It is sliced for preparing sandwiches or Panini and also could be melted on various dishes and cantaloupe.

Being one of the typical products of Veneto region, it is still popular and widely used in DOP area where it is produced. Strictly the production area defines that it starts from meadows of Po Valley and ends in Alpine pastures between Asiago Plateau and Trentino highlands. The milk is collected in an officially designated area. The production of Asiago DOP cheese extends to 4 provinces in North-east of Italy (entire Vicenza and Trento and also a part of provinces of Treviso and Padua). It is prepared and matured in a dairy which is located further 600 meters above sea level with the use of milk from farms which is also more than 600 meters above sea level that is entitled to additional label “Product of Mountains”.

Alike cheeses are produced mainly in the United States with the use of different techniques and cultures which produce cheese with similar appearance and different taste. Asiago have to go through many changes considering different textures according to its aging. Fresh Asiago and Aged Asiago are the two types of Asiago. Fresh Asiago has smooth texture and Aged Asiago has crumbly texture. When young, it is called pressato and matured ones are known as d’allevo. Latter ones are categorized as: Mezzano, Stravecchio and Vecchio.

Asiago d’allevo has different maturity periods such as Mezzano is matured for 4 to 6 months, Stravecchio is matured for two years and Vecchio is matured for more than ten months. Asiago Pressato is a soft and mild cheese which made from whole milk and is matured for a month. The color of the rinds depends on age that can be from straw colored and elastic to brownish gray and hard. Asiago can be used for melting, grating and slicing on various salads, soups, sandwiches, sauces and pastas that is based on aging.

This cheese is firm and mold pressed that originated in Italy. It can be consumed after three weeks of aging but it could also be allowed to get older. Asiago with shorter aged form is called Asiago Pressato. Asiago cheese is cylindrically shaped with 30 to 35 cm in diameter and is about 10 cm high. The cheese round weighs 8 to 12 kilos. The color varies from amber to brown when matured fully and the rind becomes fine and smooth but tough.

In between tenth and fifteenth centuries, sheep raising was the predominant agricultural activity with the purpose of producing savory cheese and also the production of wool. Around 1500 sheep got replaced by cattle as an outcome of breeding’s modernization. In this region, bovine milk replaced sheep milk in cheeses in 19th century.

The traditional technique of making cheese is still preserved in farms of Plateau that was improved with modern technology. This got spread to small and mid-sized dairies extensively in territory of Asiago. Until 19th century, Asiago cheese production became prevalent. 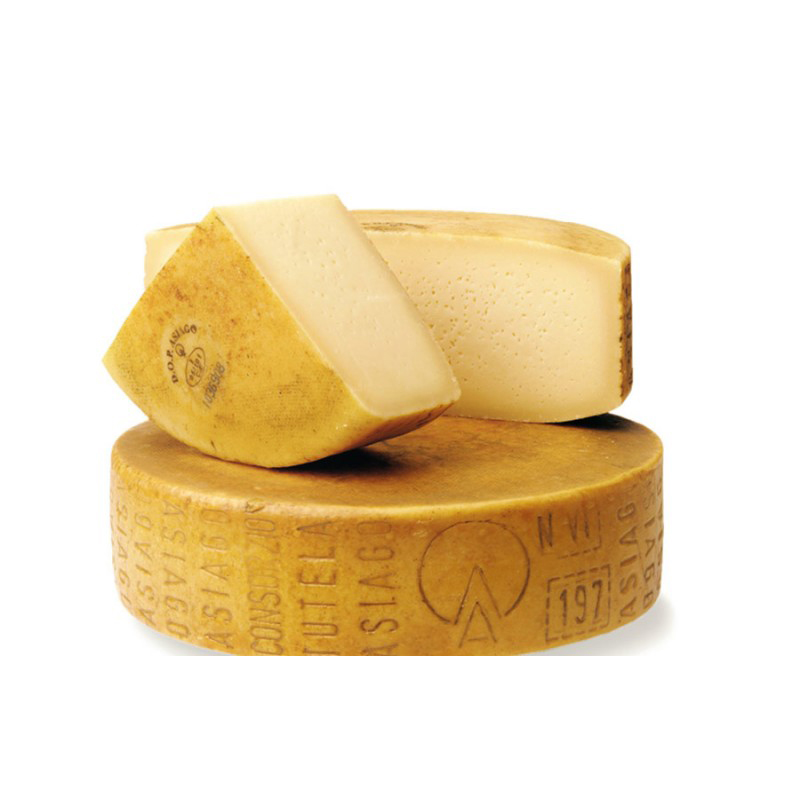 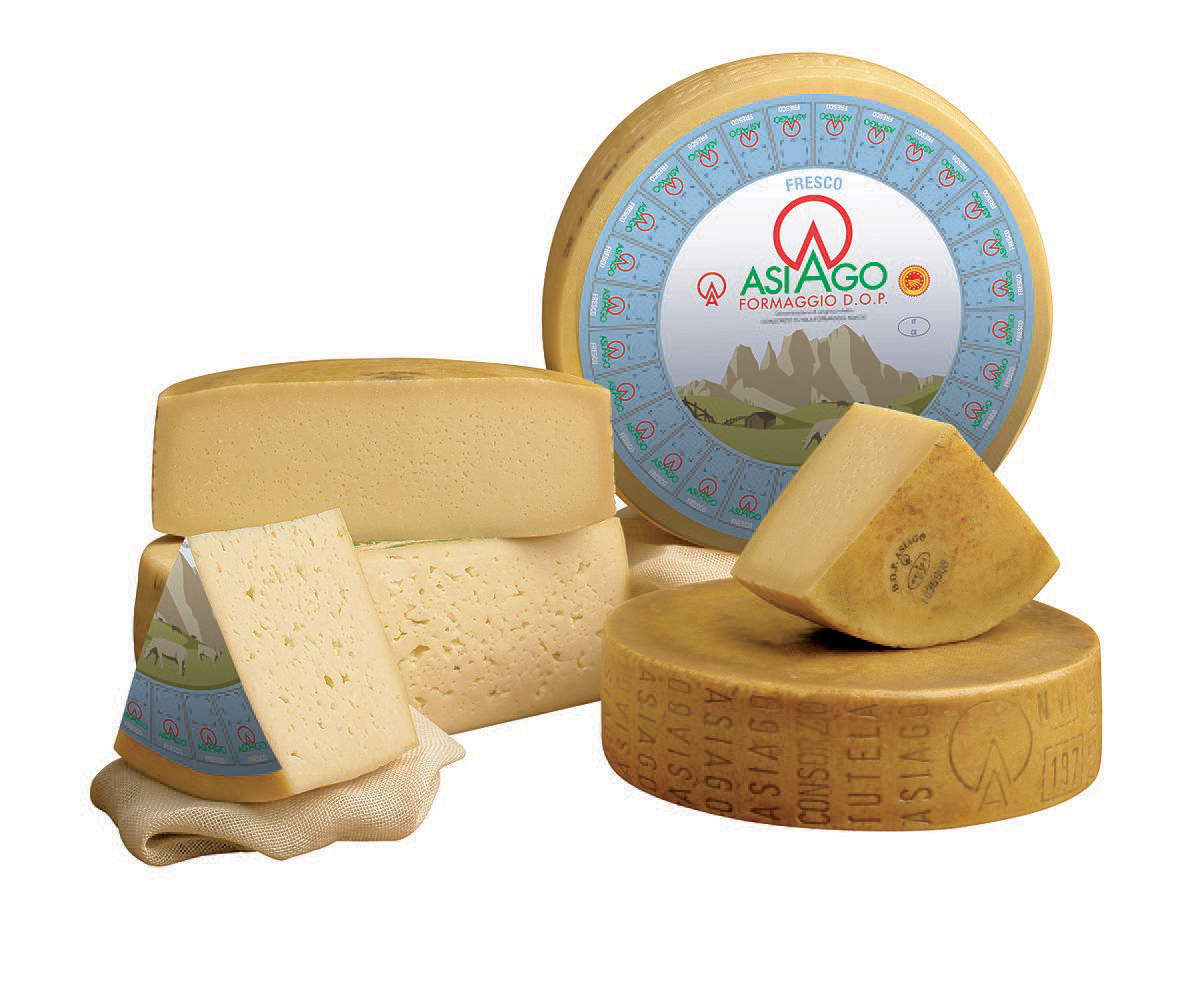 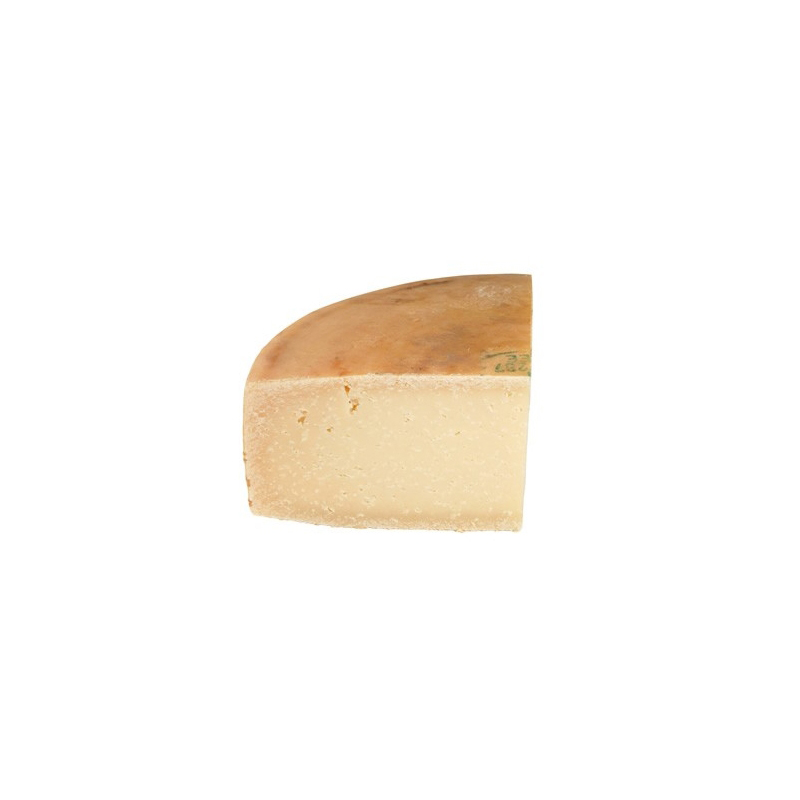 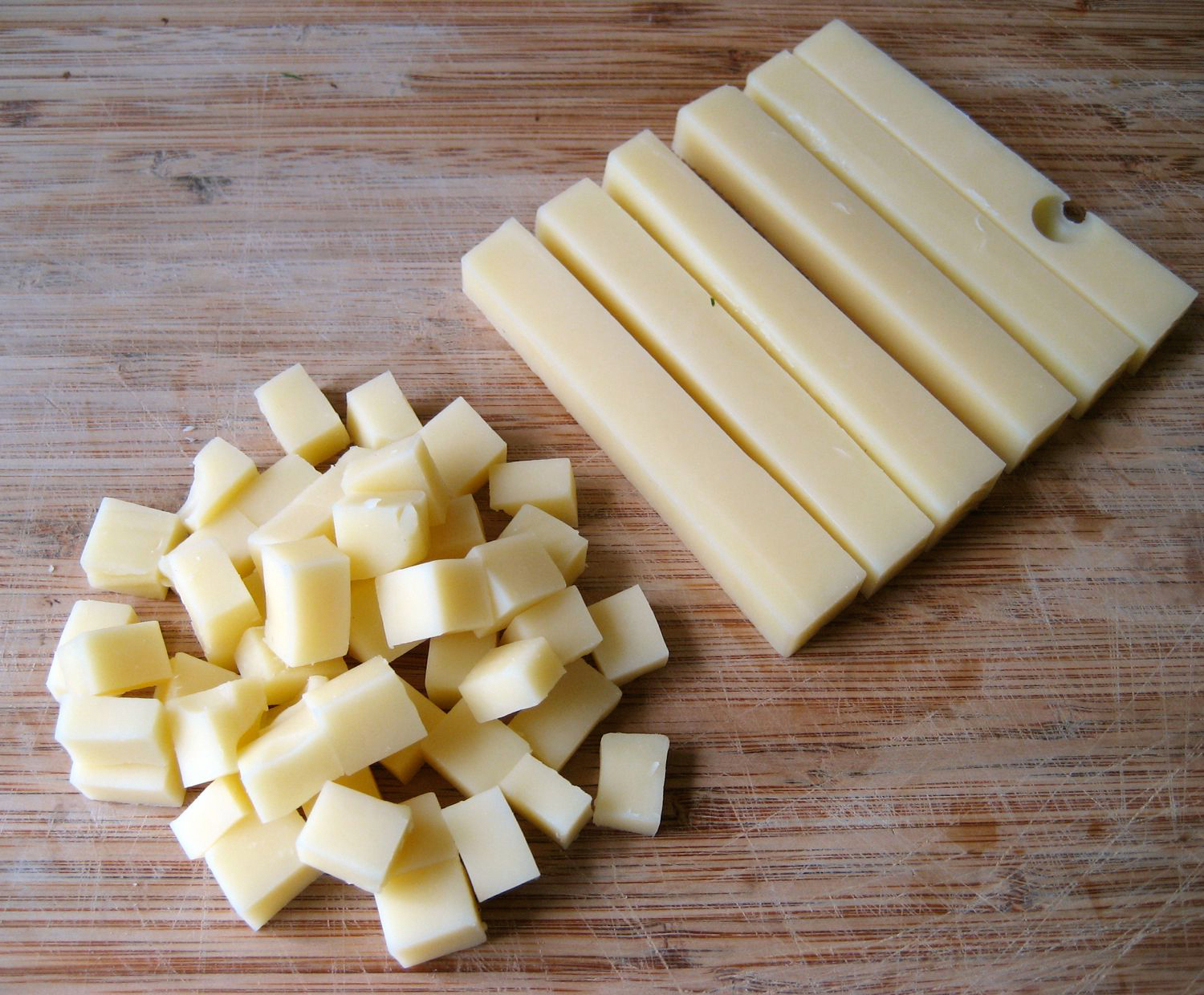 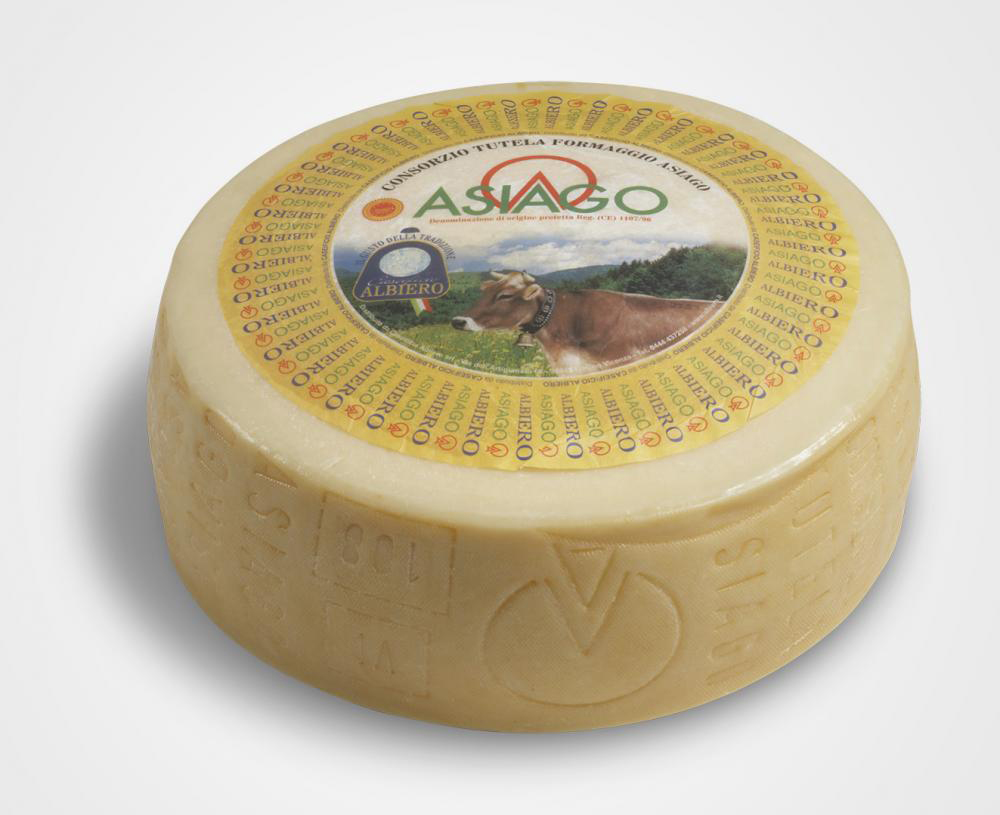 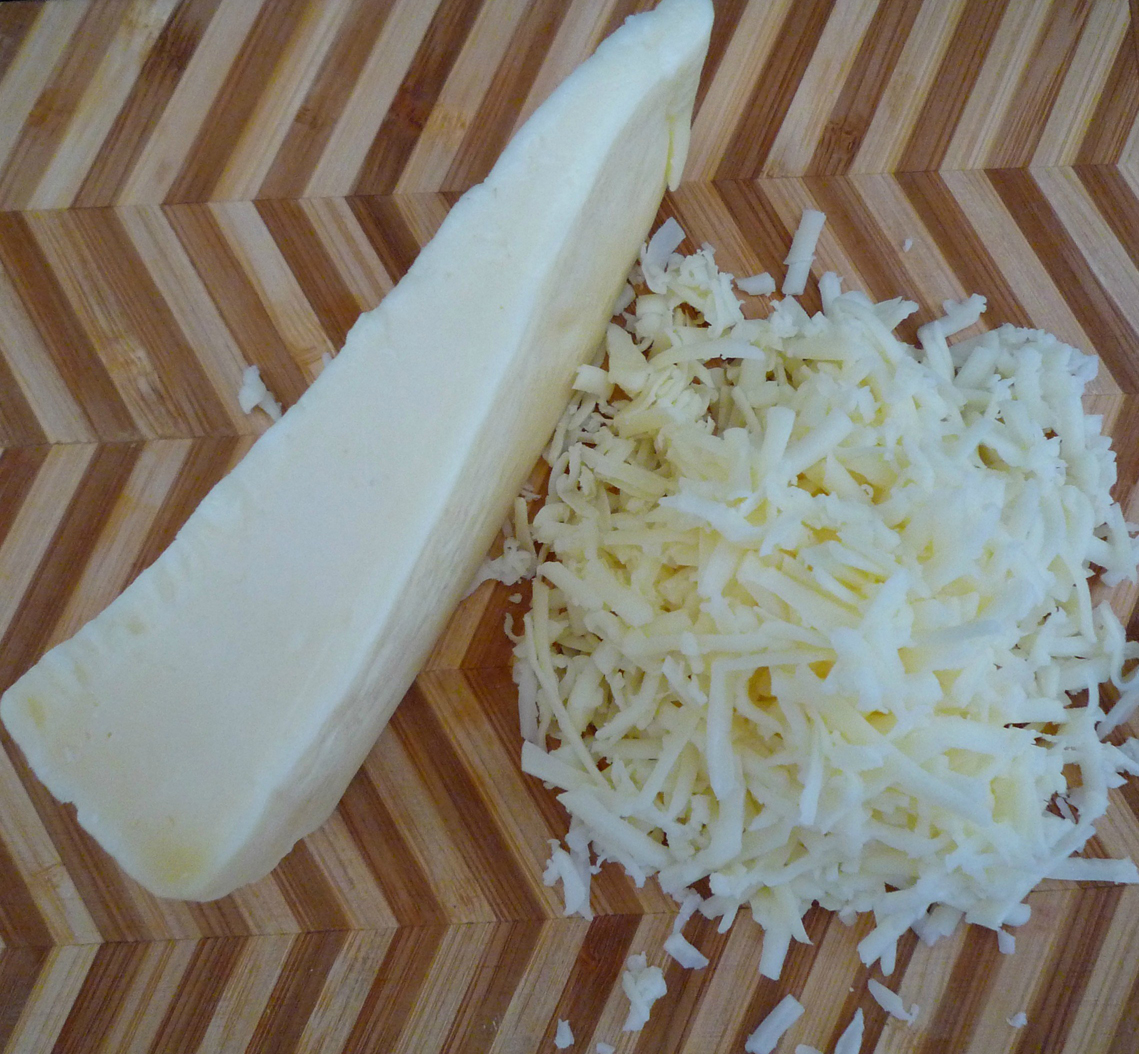 How to make Asiago cheese?

Fresh Asiago is also known as Asiago Pressato. The cheese is made from whole milk and is matured for a month. It has smooth texture and is sold as soft and milder cheese.