Trending
You are at:Home»Dairy»Health benefits of sheep milk 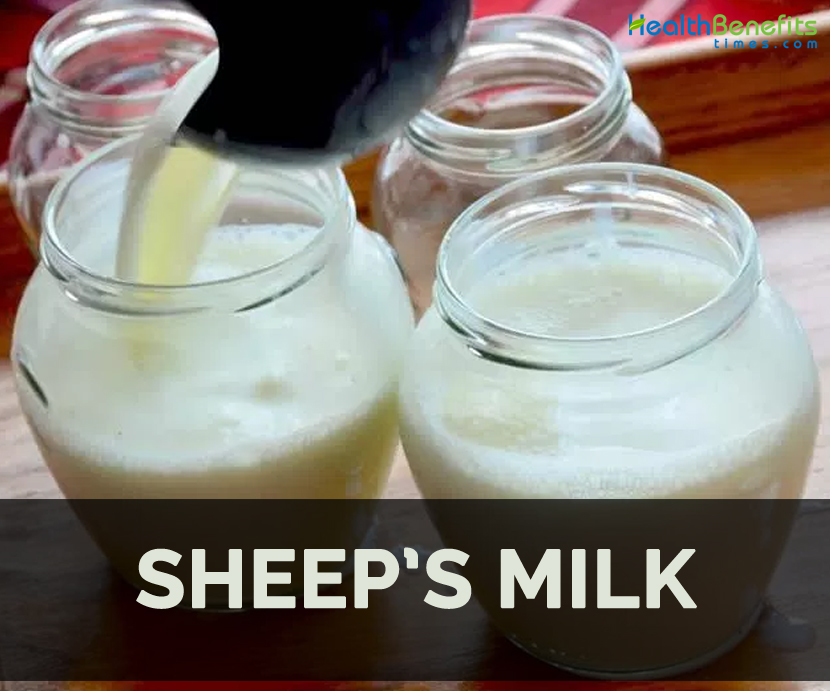 Sheep’s milk also known as ewe’s milk is the milk that has been extracted from the mammary glands of domestic sheep. It is also used for making dairy products. Female sheep is known as ewes that does not continually produce milk. It provides milk for 80 to 100 days after lambs weaning. It breeds in the fall and lambs are born on early spring or early winter. This milk has high content of fat as well as conjugated linoleic acid in comparison to other milks. It is also rich in lactose content. Due to its high content of protein, it is suitable for making yogurts and cheese. Roquefort, Romano, Pecorino and feta are the popular cheeses made from the sheep’s milk. Due to the high content of solid, more cheese could be made from one gallon of milk. As the sheep produce less milk in overall content, its cost is higher. It is found in small extent.

Among cow, buffalo and goat’s milk, sheep milk is considered to be superior. It has delicious flavor and used as a vital ingredient for various cuisines. Sheep is raised for its milk. The sheep’s milk or its products provides ample amounts of carbohydrates, protein, essential minerals, fats and vitamins. Sheep produce milk in limited time of the year due to which its cost is expensive.

Sheep milk has ample amounts of nutrients and minerals such as Vitamin E and A which helps to enhance the immune system. It has antioxidant properties which helps to eliminate free radicals from the body and prevents oxidative stress and chronic ailments. It also improves the health as well as skin’s appearance. (1)

Sheep milk is an excellent source of protein which makes it essential for the development and growth. It is also vital for the cells, tissues and bones of the body. Additionally, protein makes you active and normalizes the functions. (2)

Sheep milk has Vitamin B such as folate that is vital for female reproductive health. It promotes overall metabolism. The deficiency is related with neural tube defects of infant. It also balance the level of hormones and stimulates healthy delivery. (4)

Sheep milk has high amount of amino acids than goat, cow or buffalo’s milk. The amino acids help to protect heart health by lowering the strain on arteries and blood vessels. (5)

It has ample amounts of zinc, calcium and magnesium. It promotes the bone mineral density. It prevents the chances of osteoporosis and promotes overall health. It contains two times more calcium than goat or cow’s milk. (6)

Sheep’s milk has monounsaturated fats which lowers the cholesterol level in the body. It also prevents the chances of heart attacks, atherosclerosis, coronary heart disease and stroke. It lowers the deposits of fat and converts protein into energy. (7)

It is helpful for the people with allergies and eczema.

Sheep’s milk is considered to be the creamiest milk. It needs grass for the production of rick milk. It is also naturally homogenized milk which means that it contains more medium chain fatty acid and smaller fat globules. It also supports digestion. Though the milk of sheep is not well known but the products derived from its milk is widely consumed in all parts of world. The protein and fat content in sheep’s milk is higher in comparison to cow’s milk.