Trending
You are at:Home»Fruits»Calamondin facts 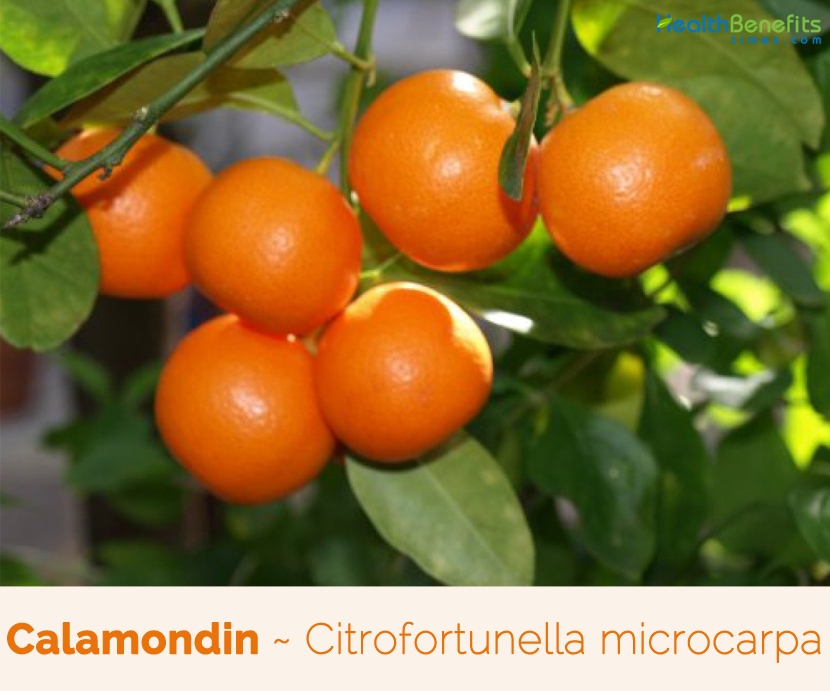 Citrofortunella microcarpa, commonly known as calamondin or orange calamondin, is actually a small, bushy, evergreen tree or shrub belongs to the Rutaceae (Rue family). The plant is said to have originated from China or Philippines and has spread out through South East Asia, India, Hawaii, West Indies, Central and North America where it was acquired the name “acid orange” as it resembles an orange. The plant is believed to be a natural hybrid between a sour, loose-skinned mandarin, probably Citrus reticulata var. Austera, and a kumquat, perhaps Fortunella margarita. The “X” preceding the genus name indicates that this hybrid is between plants of different genuses (bi-generic hybrid).

Some of the popular common names of the plant are Calamandarin, Calamansi, Calamondin Orange, China Orange, Chinese Orange, Golden Lime, Musk Lime, Philippine Lime, Panama Orange, Scarlet Lime, Limau Kesturi, Limau Chuit, hazara, kalamunding, ma nao wan, szu kai kat and calamonding. Genus Citrus refers to the lemon-scented fragrance from the plant. Species microcarpa means small-fruited. The plant is particularly valued for its acidic juice, and is also grown as an ornamental. This fruit is available throughout the year in Philippines and is mostly found in its unripen green state. The plant adds artistic value when planted as it is planted as a hedge or patio plant more other than because of the edible fruit.

Calamondin is a medium sized evergreen shrub or small tree that grows about 6 1/2 to 25 ft. (2-7.5 m) tall. The plant is adapted to warm climates but it can also grow in cool, frost-free areas. It is also adaptable to areas with long dry periods provided irrigation is available.  This fruit thrives well in cold climates unlike other citrus fruits. It thrives well when planted in containers or tub as a flower. This fruit is also draught resistant than other citrus species do. However, for it to grow well and bear fruits, it requires bright light with slow release fertilizer added to it especially at the beginning of spring as that is its season to produce. The plant is adaptable to a wide range of soils from clay loams to calcareous soils to sandy soils. It does best in well-drained, sandy loams or clay loams rich in organic matter. It is moderately drought-tolerant and intolerant of strong winds.

Calamondin originated in China as a natural hybrid, however, the exact hybrid nature of remains to be established. It is believed to have been introduced in early times to Indonesia and the Philippines where it became the most important Citrus juice source in the Philippine Islands. Today, it is widely grown in India and throughout southern Asia and Southeast Asia especially in Malaysia. It is a common ornamental dooryard tree in Hawaii, the Bahamas, some islands of the West Indies, and parts of Central America.

Apart from the aesthetic value of the calamondin tree, the acidic fruit brings about health benefits to individuals. The fruit is used in making spices, added flavor in fish and cakes, in making of beverages such as tea, used as a preservative and making of marmalades. It is also essential for soap and shampoo making. Here are the benefits brought about by this fruit

This particular tropical juice is well-known for its impact on weight loss, as it has the ability to not only boost the metabolism but also remove many of the toxins in the body that can contribute to fat storage. By increasing metabolic speed, this juice can improve passive fat-burning throughout the day, while detoxifying the body will help all of your organ systems run more smoothly and function properly, aiding in calorie burning. By reducing fat storage, you will have more usable energy and less adipose fat formation. Many people drink a glass of calamansi juice every morning to stimulate the body and achieve weight-loss goals.

Anecdotal evidence and some studies have found that this juice can help you lower your cholesterol levels, which is an important step towards weight loss and avoiding metabolic syndrome. It can also help lower your risk of atherosclerosis, heart attack, and stroke.(1)

Strong citric acid level in calamansi juice helps cut through phlegm and mucus, where infections often live and propagate, while also soothing inflammation in the throat and respiratory tracts.(2)

Despite the high levels of citric acid and acidity of this fruit, many people drink it as a soothing substance for the stomach. It can lower levels of inflammation when consumed in moderation, lower your risk of developing ulcers, and protect you from acid reflux disease.(3)

The fruit is loaded with vitamin C and other beneficial nutrients and its juice has been used as an immune booster for generations. It can encourage the production of white blood cells and counter the negative effects of free radicals, thanks to its antioxidant and antibacterial properties.(4)

Vitamin C is an essential element in collagen production, which is the compound needed to create every tissue, muscle fiber, and cell in the body.  This juice can supply a burst of ascorbic acid that will increase your body’s ability to grow, as well as repair damage from injury, illness or surgery.(5)

Known to encourage urination and flush out the kidneys, calamansi juice can be a powerful detoxifying agent, strengthening the functioning of your liver, kidneys, and gallbladder to help you eliminate excess toxins in the body.(6)

Significant amount of research has been done on the blood sugar-moderating effects of calamansi juice. It can help to regulate the release of glucose and insulin into the bloodstream, which is excellent news for those suffering from diabetes or those at risk of developing the disease. (7)

All over Asia, people use calamansi juice on their skin, as it functions like a natural bleaching agent. In addition to clearing the skin of blemishes or discoloration, it can also deliver antioxidants to the skin that will prevent wrinkles and other signs of aging.(8)

You can use calamansi juice as a mouthwash. Vitamin C from this juice helps prevent tooth decay, bleeding gums, gingivitis, or loosening of teeth. It helps remove stains and plaque.

How to Use Calamansi in Skincare?

Now, here are the ways to include Calamansi in your daily skincare regimen. Start with cutting the fruit into two halves and removing its seeds carefully. The next step can be any of the following ones:

However, the acidic nature of Calamansi may cause stinging or burning sensation if used daily on the skin. So, practice this twice or thrice a week and you will get your desired results easily.

Traditional uses and benefits of Calamondin 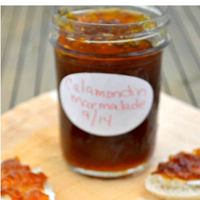 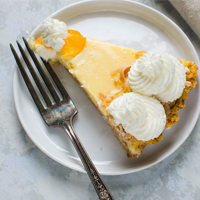 For the Graham cracker Crust

For the Pie Fillings

For the Whipped Cream

For the Pie Shell

For the pie Fillings

For the Whipped Cream toppings 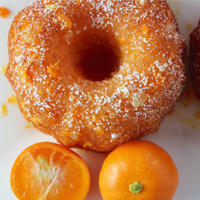