Trending
You are at:Home»Foods»What is Chorizo sausage? 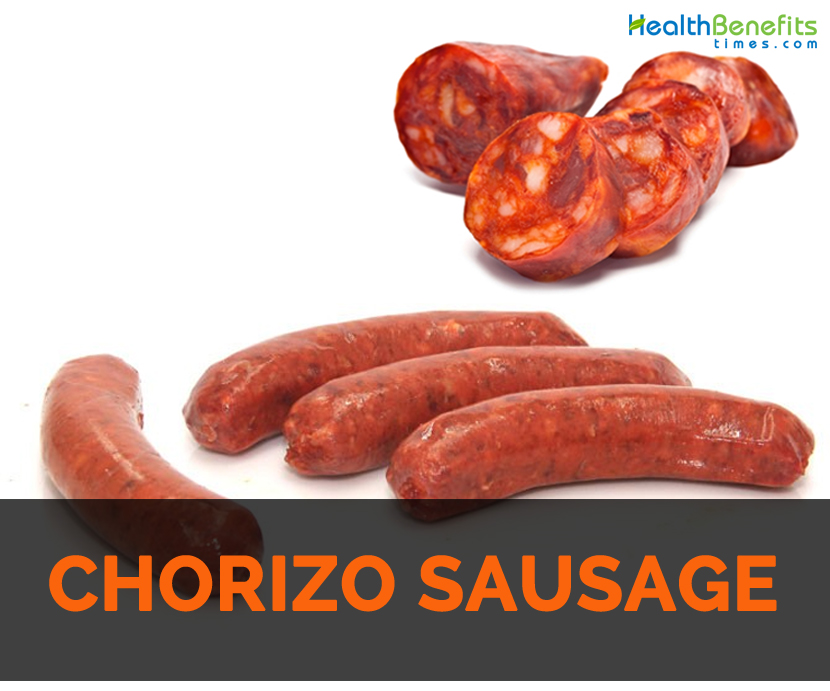 Chorizo is a form of pork sausage which uses natural casings that are made from intestines. It is a common method used since the time of Romans. Chorizo in Europe is fermented, smoked and cured which is sliced and consumed without cooking or added as an ingredient for adding flavor to other dishes. In some places, sausages sold as chorizo may not be cured and fermented and needs proper cooking before consumption. Portuguese chourico and Spanish chorizo gets its distinctive smokiness and also deep red color from smoked, dried and red peppers.

Due to the high cost of imported Spanish smoked paprika and culinary tradition, Mexican chorizo is made with inherent chili pepper of species Capsicum annum and rarely used in Mexican cuisine. Chorizo could be consumed sliced grilled, in a sandwich, simmered in liquid such as apple cider or other alcoholic beverages or fried. It could be used as toppings for pizza like pepperoni and salami.

It is made from pork fat and chopped pork, seasoned with pimento- salt and smoked paprika. Generally, it could be classed as either dulce or picante which depends upon type of pimenton used. It is made in long or short and soft or hard varieties. The varieties which are lean could be consumed as tapas or appetizers at room temperatures. Fattier varieties are used for cooking purposes. Thin and long chorizos are sweet whereas short ones are spicy.

The origins of traditional sausages are hard to trace. The preservation of meat has been done so long due to which its origin have been lost. Probably, Chorizo could be originated from xorico in Catalonia. It has distinctive flavor as well as color that are caused by addition of copious amount of paprika. These peppers are inherent to South America and Central America, so modern chorizo is made after Europeans found New World.