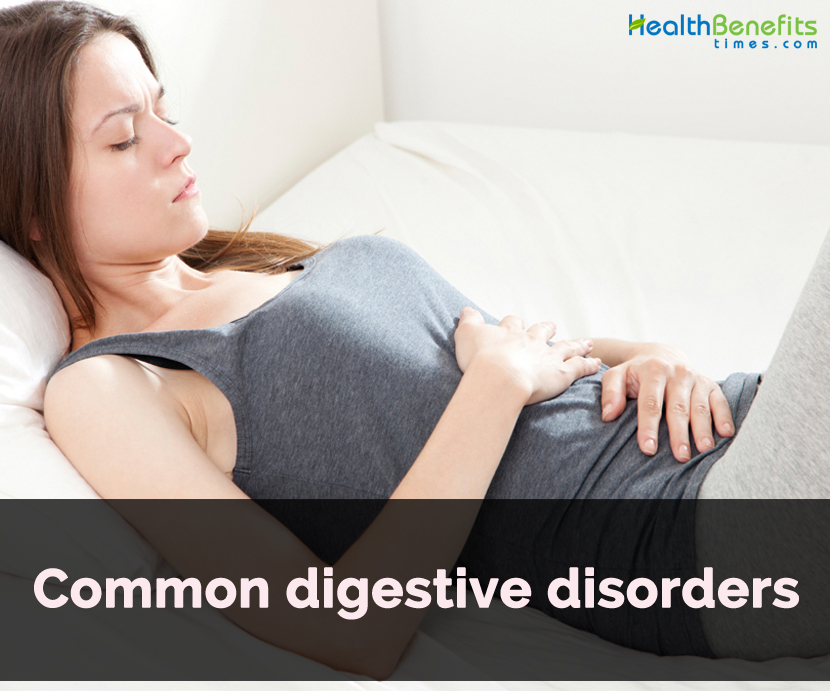 The digestive system is adaptable and able to handle a wide variety of foods. However, minor problems related to the digestive tract are common and almost everyone experiences some type of GI distress at one time or another. The type of foods that can be consumed and the function of the digestive tract are also affected by certain stages of life. If gastrointestinal problems limit the ability to obtain adequate energy and nutrients, alternative methods must be employed to provide the nutrients necessary for life.

Minor digestive problems, such as heartburn, constipation, and diarrhea, are common and, in most cases, have little effect on nutritional status. However, more long-term or severe problems can have serious consequences for nutrition and overall health.

Heartburn is one of the most common digestive complaints. It occurs when the acidic stomach contents leak back into the esophagus, causing a burning sensation in the chest or throat. The more technical term for the leakage of stomach contents back into the esophagus is gastroesophageal reflux. Occasional heartburn from reflux is common, but if it occurs more than twice a week, it may indicate a condition called gastroesophageal reflux disease (GERD). If left untreated, GERD can eventually lead to more serious health problems such as bleeding, ulcers, and cancer. Whether occasional heartburn or GERD, it causes discomfort after eating a large meal and limit the types and amounts of food consume. Symptoms can be reduced by eating small meals and avoiding spicy foods, fatty and fried foods, citrus fruits, chocolate, caffeinated beverages, tomato-based foods, garlic, onions, and mint. Remaining upright after eating, wearing loose clothing, avoiding smoking and alcohol, and losing weight may also help relieve symptoms. For many people, medications are needed to manage symptoms.

Heartburn and GERD are sometimes caused by a hiatal hernia. The opening in the diaphragm that the esophagus passes through is called the hiatus. A hiatal hernia occurs when the upper part of the stomach bulges through this opening into the chest cavity. Hiatal hernias are common, occurring in about one-quarter of people older than 50. They’re more common in women, in smokers, and in people who are overweight. Most hiatal hernias cause no signs or symptoms, but larger ones may allow food and acid to back up into the esophagus, causing heartburn and chest pain. A hiatal hernia can usually be treated by heartburn medications, but in severe cases, surgery may be needed.

Ulcers can arise both in the esophagus and the stomach. They occur when the mucosa is eroded away, exposing the underlying tissues to the gastric juices. If the damage reaches the nerve layer, it causes pain, and if capillaries are damaged, gastrointestinal bleeding can occur. If the ulcer perforates the wall of the GI tract, a serious abdominal infection can occur. Ulcers can result from GERD or the chronic use of drugs such as aspirin and ibuprofen that erode the mucosa of the GI tract, but, ulcers are more often caused by a bacterial infection in the stomach. Mild ulcers can affect nutrient intake by limiting food choices to those that do not cause discomfort, but more severe ulcers can cause bleeding that can be life-threatening.

Changes in accessory organs of the GI tract can affect digestion and cause discomfort. If the pancreas is not functioning normally, the availability of enzymes needed to digest carbohydrate, fat, and protein may be reduced, limiting the ability to absorb these essential nutrients. If the gallbladder is not releasing bile, it can impair fat absorption. A common condition that affects the gallbladder is gallstones. These are clumps of solid material that form in the gallbladder or bile duct and can cause pain when the gallbladder contracts in response to fat in the intestine. Gallstones can interfere with bile secretion and reduce fat absorption. They are usually treated by removing the gallbladder. In this case, bile simply drips into the intestine as it is produced rather than being stored and squeezed out in larger amounts in response to fat in the intestine.

Common discomforts that are related to problems in the intestines include diarrhea and constipation. Diarrhea refers to frequent watery stools. It occurs when material moves through the colon too quickly for sufficient water to be absorbed or when water is drawn into the lumen from cells lining the intestinal tract. Diarrhea may occur when the lining of the small intestine is inflamed so nutrients and water are not absorbed. The inflammation may be caused by infection with a micro-organism or by other irritants. Constipation refers to hard, dry stools that are difficult to pass, and can be caused by a diet that contains insufficient fluid or fiber, lack of exercise, or a weakening of the muscles of the large intestine. A condition that may cause either diarrhea or constipation is irritable bowel syndrome. Its cause is unknown, but it often results in abnormal contractions of the muscles in the intestinal wall. Symptoms include abdominal pain or cramping, bloating, gas, diarrhea, and constipation.

Flatulence is the release of intestinal gas from the rectum. It can be uncomfortable and sometimes embarrassing (but normal). Intestinal gas is produced for a variety of reasons, and most adults release it 10 to 20 times a day! Eating too fast, or drinking beverages with added air, such as beer and carbonated beverages, can result in the intake of air that makes its way through the GI tract. Legumes such as beans and lentils can lead to gas production because they contain indigestible carbohydrates that are fermented by intestinal bacteria. The bacteria produce the gas as a by-product. The gas is a mixture of carbon dioxide, hydrogen, nitrogen, oxygen, and methane. The offending odor comes from the gases that contain sulfur. Using products such as Beano, eating smaller meals, adding fiber gradually in your diet, and increasing your fluid intake can all help you help reduce the amount of gas produced.

Hemorrhoids are a condition in which pressure in the veins in the rectum and anus causes swelling and inflammation. The walls of the veins dilate, become thin, and bleed. As the pressure builds, the vessels protrude. Straining to pass dry stools, pregnancy, chronic constipation or diarrhea, and aging are all factors that can contribute to hemorrhoids. You may never know that you have hemorrhoids unless they begin to bleed (following a bowel movement), itch, or become painful. As with constipation, increasing both your fiber and fluid intake can treat hemorrhoids. Sometimes surgery may be necessary to remove hemorrhoids.

The more serious small intestine and large intestine problems, such as irritable bowel syndrome, celiac disease, Crohn’s disease, and colon cancer, tend to involve nutrient malabsorption, which can cause severe health consequences. The symptoms of these diseases vary, but they include abdominal pain, nausea, vomiting, bloating, loss of appetite, diarrhea, anxiety, weight loss, and fatigue. The medical problems that have to be addressed include various anemia, gastrointestinal blockages, inflammation, malnutrition, growth failure, vitamin and mineral deficiencies, and other medically complicated challenges.

Approximately 20 percent, or one in five,American adults have symptoms of irritable bowel syndrome (IBS). In fact, it is one of the most common disorders diagnosed and treated by doctors.27 IBS is a functional disorder that involves changes in colon rhythm; it is not an actual disease. People with IBS overrespond to colon stimuli. This results in alternating patterns of diarrhea, constipation, and abdominal pain. The exact cause of IBS is unknown, but low-fiber diets, stress, consumption of irritating foods, and intestinal motility disorders are all suspected factors. Medical management includes dietary modification, stress management, and occasional use of prescription drugs.

Celiac disease is an autoimmune, genetic disorder that causes a person’s own immune system to damage the small intestine when gluten, a protein in wheat and other grains, is consumed. Rachel, the person you read about in the beginning of this chapter, has celiac disease and needs to make many dietary adjustments. The boxed feature “Celiac Disease: An Issue of Absorption” explains this intestinal disorder in greater detail. Note that celiac disease is not the same thing as gluten intolerance, which does not involve the immune system or damage the wall of the small intestine. However, individuals with gluten intolerance can experience symptoms such as stomachaches, diarrhea, bloating, and tiredness if gluten is consumed.

Crohn’s disease, or inflammatory bowel disease, is the general name for diseases that cause swelling in the intestines. Crohn’s disease can affect any area of the GI tract, from the mouth to the anus, but it typically affects the ileum. The swelling can cause pain and diarrhea. Bleeding from the rectum, weight loss, and anemia are just some of the symptoms that can occur. Though there isn’t a cure for Crohn’s disease, medication, nutritional and dietary supplements, and/or surgery are currently used to manage the disease. If you are open to participating in a clinical trial after consulting with your doctor, these guys at Power are recruiting patients for novel treatments.

Colon cancer often begins with polyps on the lining of the colon. They vary in size from that of a small pea to that of a mushroom or plum. The good news is that polyps can be removed surgically, and they are often small and benign. If the polyps are not removed or change to cancerous tumors, colon cancer can be more difficult to cure.

Individuals diagnosed with colon cancer may require radiation therapy, chemotherapy, and surgery to remove part of the colon or the entire colon. After surgery, patients are given dietary advice regarding the foods that would be the most comfortable to eat. Survival rates vary depending on the individual’s age, health, treatment response, and stage of cancer diagnosis.

Some digestive problems with their causes, consequences, and solutions are discussed below in table: