Trending
You are at:Home»Herbs and Spices»Health benefits of Common Mallow 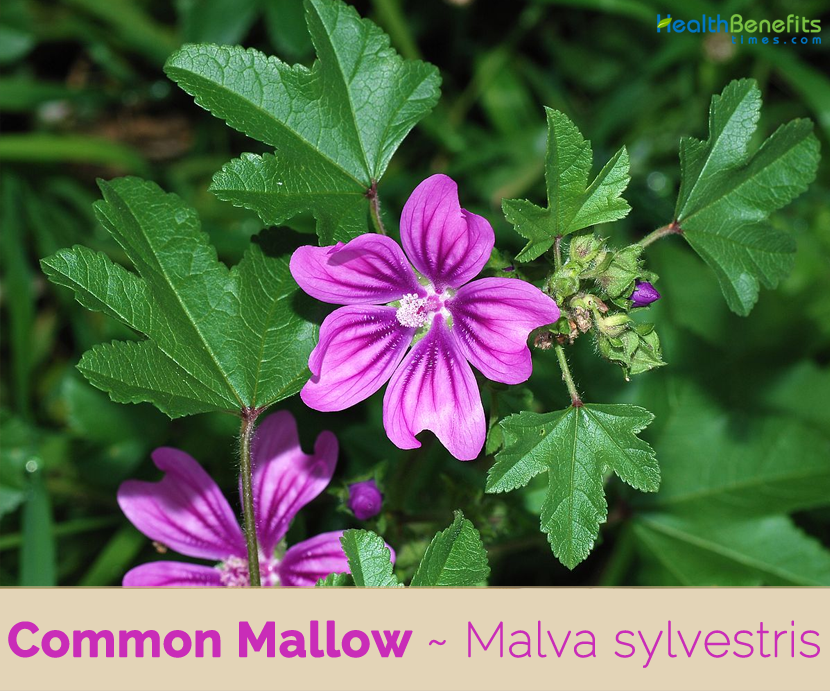 Mallow’s kidney-shaped or palmately-lobed leaves are notably creased, typically with dentate margins. Each leaf is 2–4 centimeters (0.79–1.57 in) long, 2–5 centimeters (0.79–1.97 in) wide and 5–10 centimeters (2.0–3.9 in) in diameter. The leaves often show a purple spot in the center of the base of the leaf and this can also be seen to run down the petiole on some specimens. On other specimens, the purple spotting and coloring is completely absent. Mallow leaves have long petioles. Their deep green foliage hints at a renowned drought tolerance. During flowering, the leaves appear alternately on the stems. Holding a leaf relays the surface coarseness. But tear and crush one and you discover a family pattern – the mucilage. You will soon experience a slimy and tacky feel between your fingers. All parts of the plant consist of mucilage. Short hairs present on upper and lower leaf surfaces, margins and petioles.

Flowers are axillary, cup shaped, five-petaled, and the calyx tends to be around half the length of the flower petals. The flower colors can range from white to pink to shades of lavender and blue. Sometimes delicate streaks of color can be seen radiating outwards from the center of the flower. When they first expand in June, the plant is handsome, but as the summer advances, the leaves lose their deep green color and the stems assume a ragged appearance. Cattle do not appear to be fond of this plant, every part of which abounds with a mild mucilage. Flowering normally takes place from June to September. Fertile flowers are followed by nutlets strongly reticulate (10–12 mericarps, usually without hair, with sharp angle between dorsal and lateral surfaces, 5–6 mm in diameter. Also called ‘cheeses,’ seeds are brown to brownish green when ripe, about 2.5 millimeters long and wide 5 to 7 millimeters in diameter and are shaped like a cheese wheel.

This species was already mentioned by Theophrastus in the third century BC among the wild vegetables that need to be cooked before being consumed. Dioscorides mentioned a domestic mallow that is better to be eaten than the wild one, referring to also the several medicinal properties, especially for the digestive system and in external use for different skin problems. In the opinion of Pliny the Elder both kinds of mallows are held in very general esteem. The cultivated mallow was also mentioned in Arabic references, such as that of Ibn al-Awwam, a Spanish Arab agriculturalist of the later twelfth century, who cited that this plant is more nutritious and more blood productive than all other vegetables. 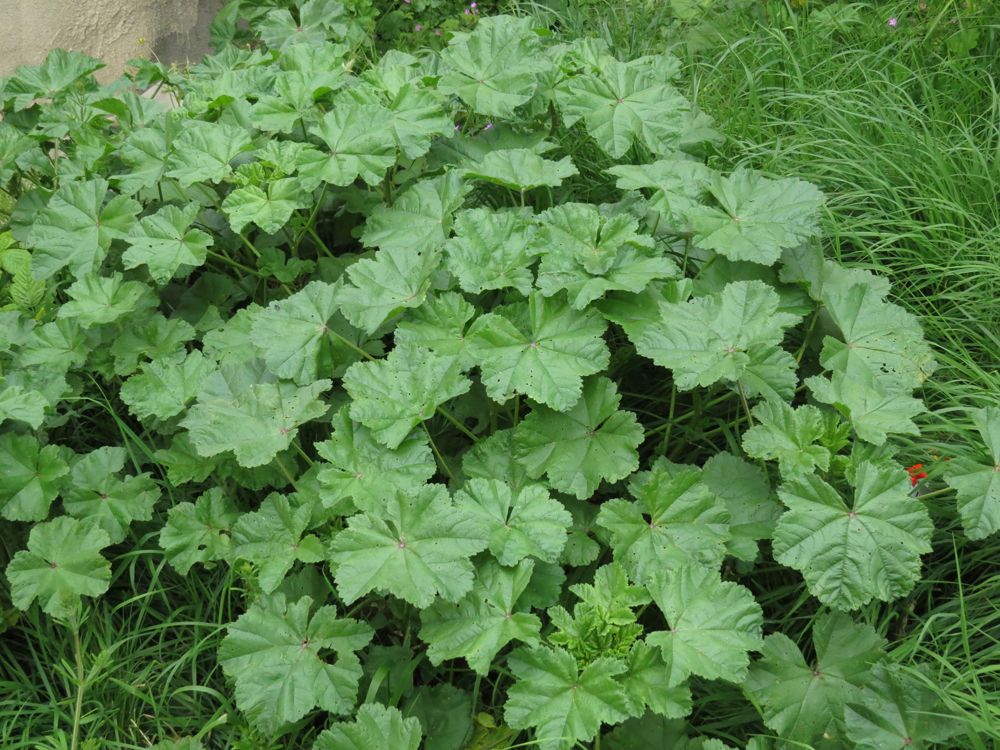 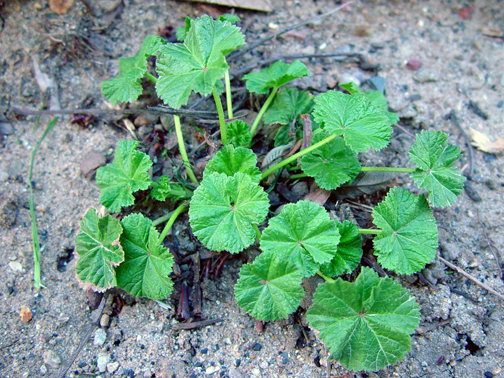 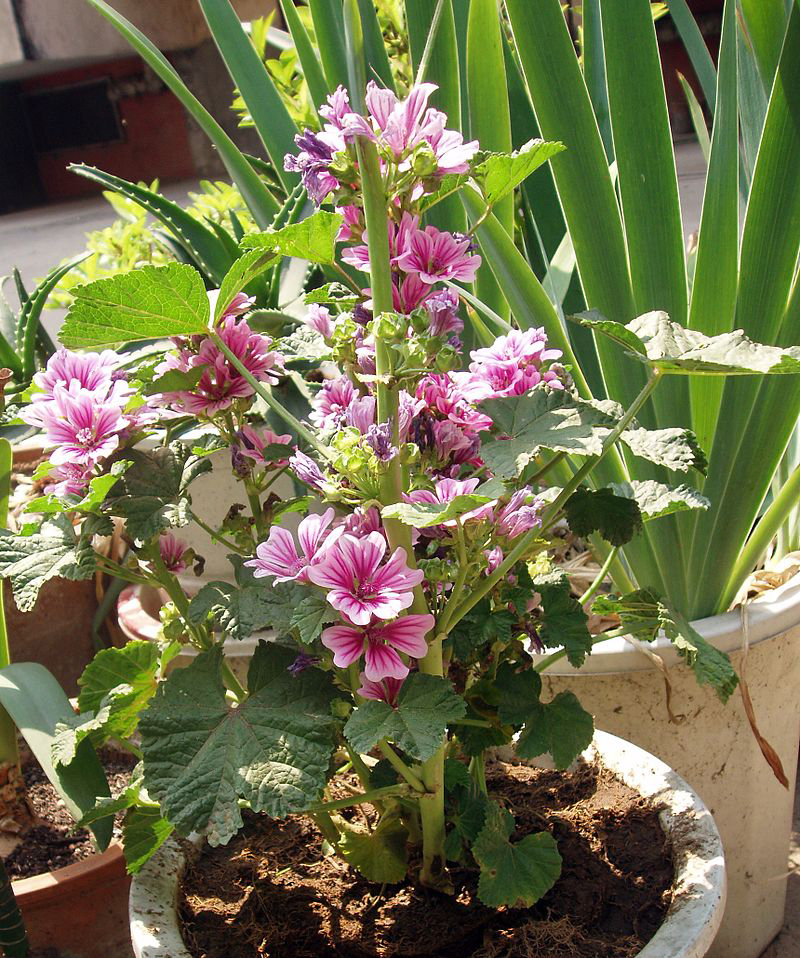 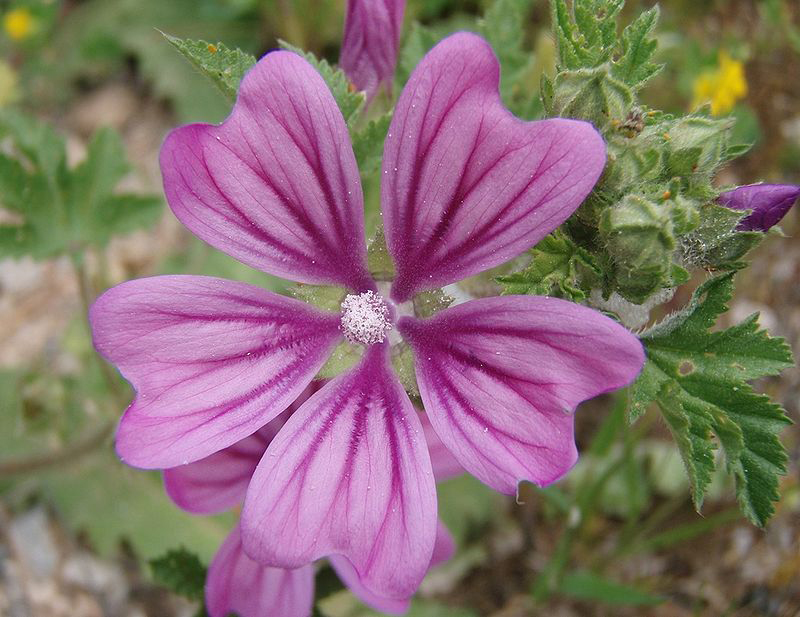 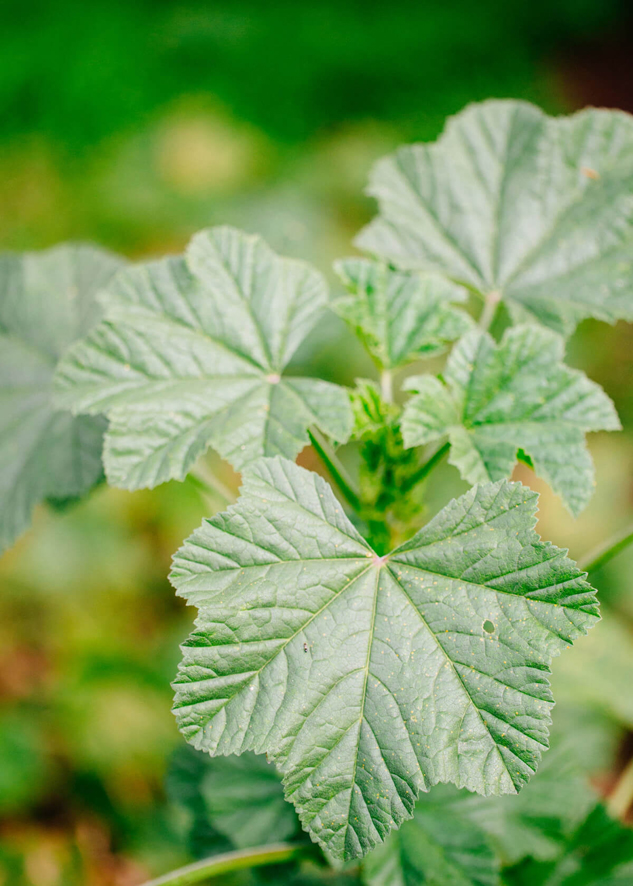 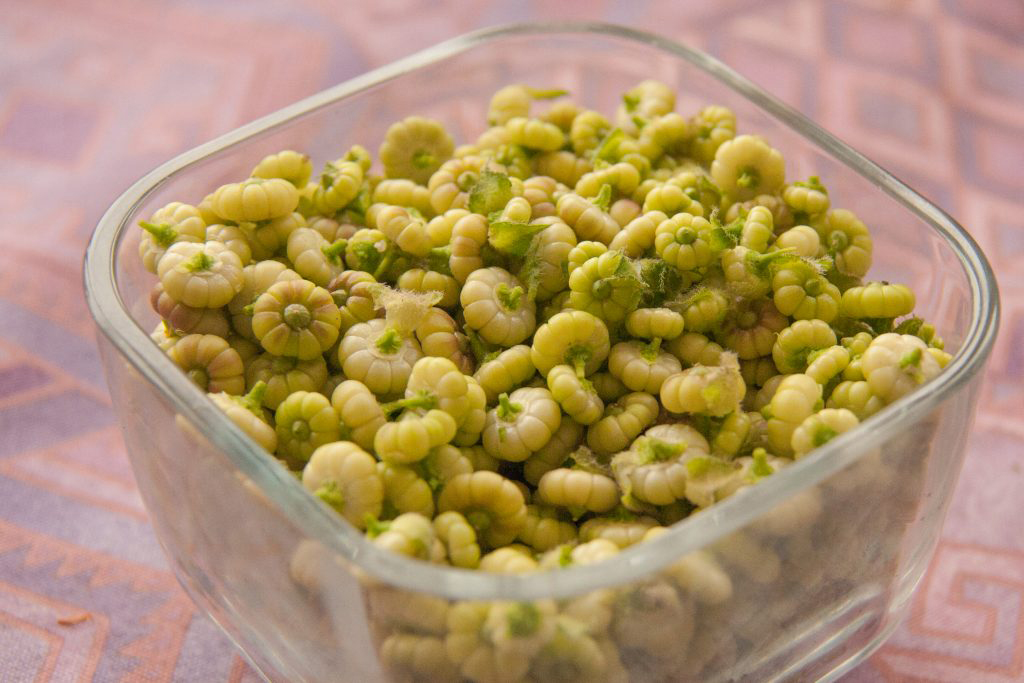 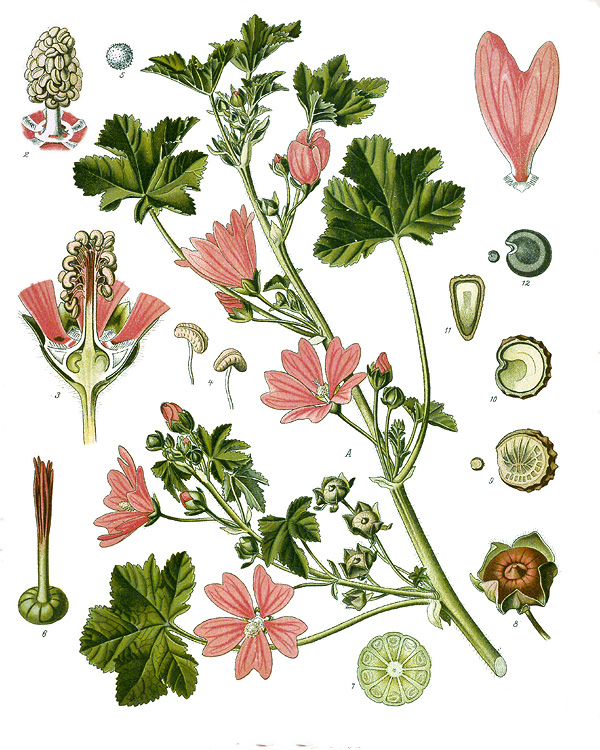 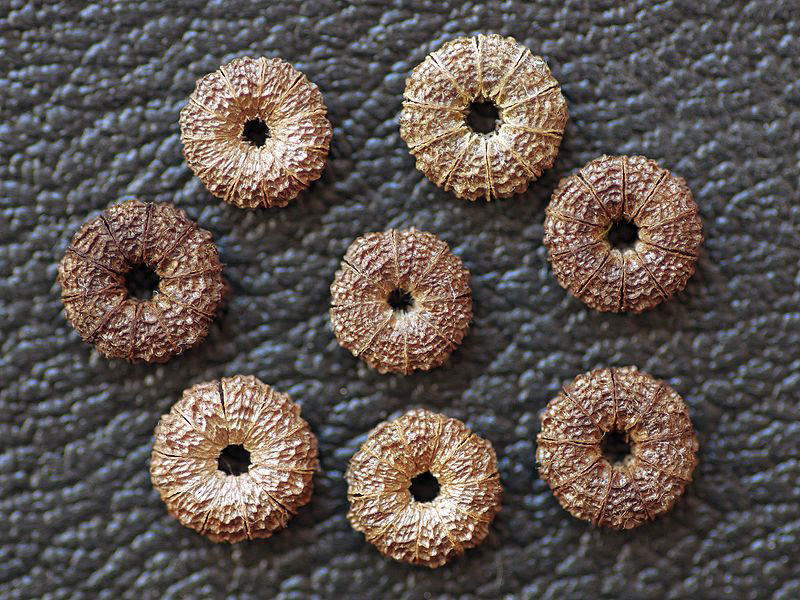 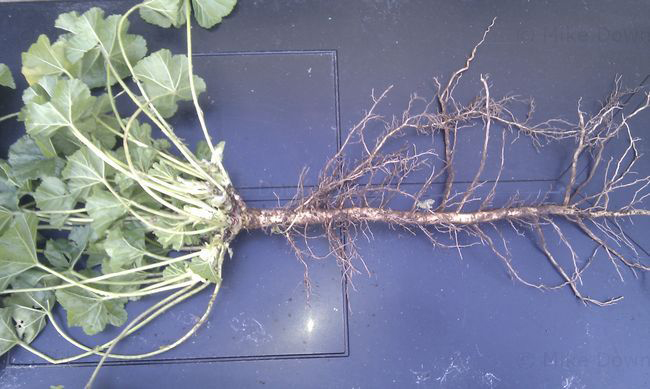 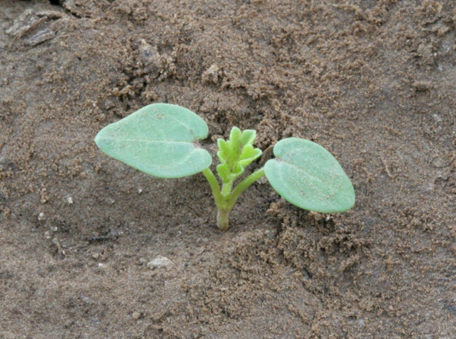 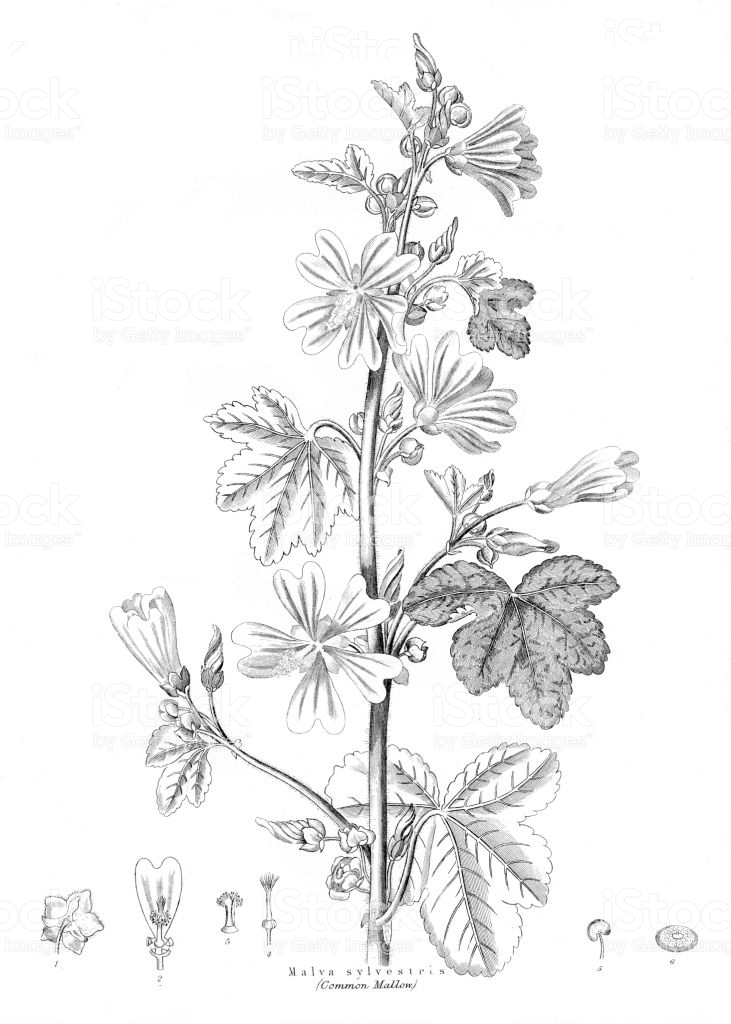 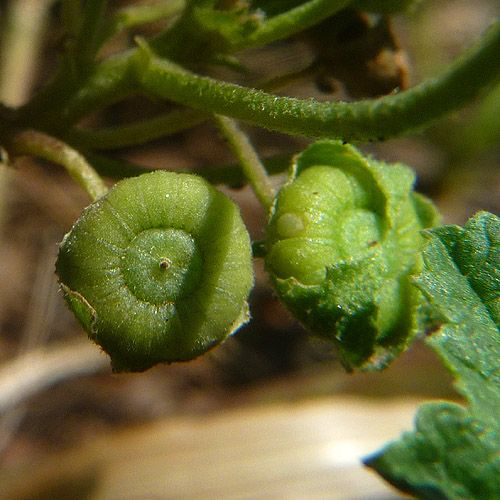 Listed below are few of the health benefits of Common Mallow

For those people who feel backed up or unable to properly move their bowels, it can be an uncomfortable feeling. Using powerful laxatives can have a range of other effects on the body, but by steeping some seeds or dried leaves into a tea, you can create a mild laxative beverage that may regulate your digestive system and relieve any strain on that organ system. (1)

Common Mallow can also boost the immune system by preventing bacterial infections and other foreign agents to affect those wounded areas. This can also be achieved through consumption of Malva sylvestris leaves, seeds, and supplements.(2)

If you have experienced any insect bites, large bruises, sunburn, or rashes on your skin, a gel or poultice made of Common Mallow can be very effective for reducing inflammation and swelling, while also stimulating more rapid healing. When using the essential oil or ingested varieties of Common Mallow, you can also apply it to joints and aches.(3)

Mallow plant extract can be found in a variety of numbing, insomnia, anxiety and stress medications, and even in the anesthetics that dentists use. Various components of the plant help calm the nervous system and promote a sense of peace and relaxation. Research also demonstrated the effectiveness of mallow extract in the treatment of sleep disorders compared to the use of a drug similar to valium. If you suffer from sleep disorders and find it difficult to fall asleep at night, it is time to go out outdoors and pick some mallow to solve the problem. You can drink mallow tea before bedtime, or use the oil extracted from the plant.(4)

If you are suffering from any chest congestion or a respiratory condition, then using Common Mallow is a great idea. Not only can it increase expectoration, which can clear out the respiratory tracts, but it also soothes the throat and glands due to its anti-inflammatory aspects, while also promoting healing and more rapid recovery.(5)

Common Mallow is considering a popular pain reliever, particularly in topical applications. If you have been wounded or injured in some way on your skin, you can apply the leaves of Common Mallow in the form of a poultice to the affected area. Not only will the chemicals from the leaves help to speed healing, due to their rich vitamin content, but will also offer certain analgesic properties to the area, reducing pain and discomfort. This analgesic ability of the common mallow can be used in many ways throughout the body, both internally and externally. This also makes it a popular application in face masks or topical headache remedies. (6)

7. Treats a cough, asthma and bronchitis

Mallow consists of polysaccharides with antiviral and antiseptic properties that help treat respiratory disorders and a chronic dry cough. Active ingredients of the plant help to remove mucus from the throat and have a calming effect in addition to their ability to treat asthma, bronchitis, emphysema and other respiratory diseases. The German Food and Drug Administration have officially confirmed the healing properties of the plant and have approved the use of the drugs that contains mallow for the treatment of a sore throat and a dry cough.

Anti-inflammatory components of mallow are effective in treating a variety of skin problems. The plant is used to soothe rashes, wounds, burns, insect bites and eczema, since the polysaccharides, which nourish and soothe the skin, are also slightly anesthetic. If you suffer from dry, irritated skin affected by weather, rubbing mallow extract infusion on your skin will soften and moisturize it naturally. To soothe redness, swelling, and tingling, applies the mallow extract tea directly to the irritated area, or to use a cloth soaked in the plant’s sap.

9. Anti-aging properties and its use in natural cosmetics

Use of home masks and facial creams that contain mallow plant extract are effective for the treatment of premature aging of the skin. Cosmetic companies use plant extracts in various cosmetic products such as soaps, makeup, and skin care products. The reason for this is that mallow is rich in components that fight free radicals which damage our skin cells and cause wrinkles. Additionally, vitamin A gives the skin a radiant and younger look. It is also effective for hair care and is suggested for use in people with fragile hair. Applying moisturizing essences or infusions to the skin can contribute greatly to its health and restore its elasticity and strength.

10. Protects the gums from infections

Mallow leaves consists of antibacterial and anti-inflammatory components that protect the gums and oral cavity from diseases and infection. Polyphenols present in the plant prevent the development of bacterial plaque by their ability to fight free radicals. Those of us who suffer from inflamed gums know that this is a disturbing and recurring phenomenon that affects our quality of life and many people find it difficult to find a permanent solution. Using mallow tea as a mouthwash may be a natural and effective way to treat the health of your oral cavity regularly.

Like other leafy greens, mallow is rich in chlorophyll, a green, anti-carcinogenic pigment that cleans our internal organs. Beyond its ability to prevent various types of cancer, it is particularly effective in preventing and healing prostate cancer. Researchers who studied the mallow plant discovered a substance called beta-sitosterol, which is known for its ability to prevent tumors in the prostate gland. Plant can be used as a preventative measure for people at risk of developing this cancer.

Mallow’s polysaccharide mucilages cause relaxation and lubrication of the intestinal walls and better absorption of food. This substance also helps to reduce gastric acidity which causes stomach discomfort. Eating mallow or consuming the plant as a tea infusion helps people who suffer from constipation, irritable stomach, and intestinal cramps and need a soothing supplement. Additionally, the mallow is considered a laxative plant and is used in a variety of dietary supplements to relax and calm the stomach.

Many people use cranberry juice as a means of reducing burning sensations, frequency, and urgency in urination and pain in the lower abdomen, but it is far from being the only natural remedy for this problem. Mallow plant is an excellent alternative to treating such problems because it has an anti-inflammatory component that helps in the healing of such infections. Mallow has another important feature in this context – it is a diuretic that helps clean up waste from the kidneys and prevents the development of stones in them. 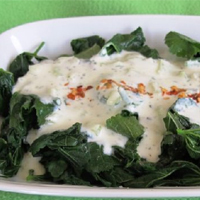 Chicken dish with tomatoes and mallow 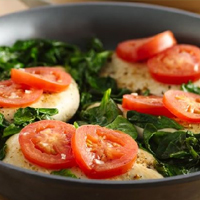 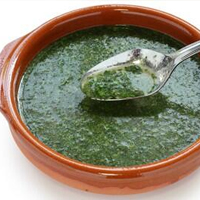