Trending
You are at:Home»Vegetables»Health benefits of Culantro 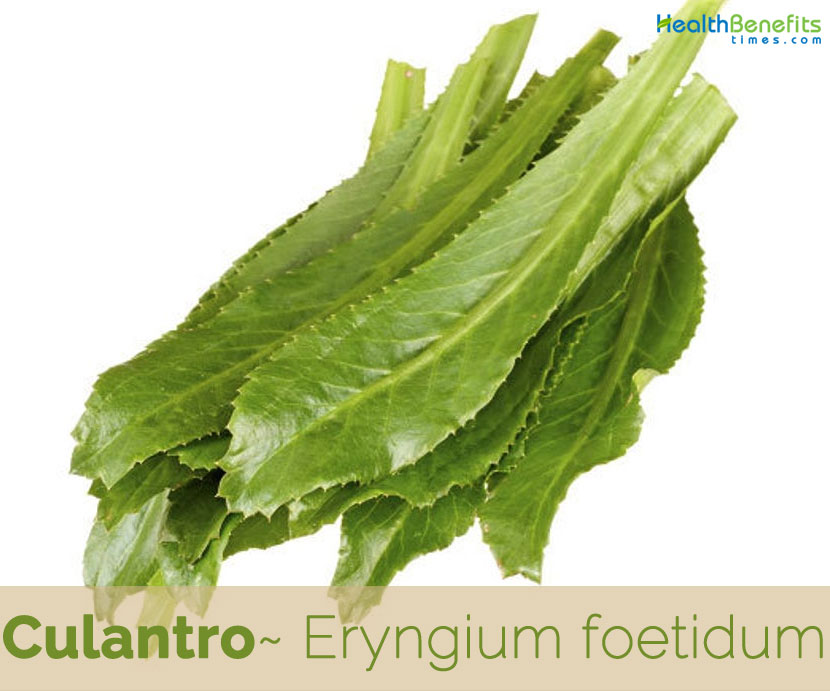 Culantro scientifically known as Eryngium foetidum is a member Apiaceae ⁄ Umbelliferae (Carrot family), which includes carrots, celery, parsley, and parsnip. The plant is native to continental Tropical America and the West Indies. Although widely used in dishes throughout the Caribbean, Latin America, and the Far East, culantro is relatively unknown in the United States and many other parts of the world and is often mistaken and misnamed for its close relative cilantro or coriander (Coriandrum sativum L.). It has a similar aroma and flavor to cilantro, but they are not the same plant. It has little long, serrated leaves with a throne in the circumference.

The plant is reportedly rich in calcium, iron, carotene, and riboflavin and its harvested leaves are widely used as a food flavoring and seasoning herb for meat and many other foods. Its medicinal value includes its use as a tea for flu, diabetes, constipation, and fevers. One of its most popular uses is in chutneys as an appetite stimulant. The name fitweed is derived from its supposedly anti-convulsant property.

Culantro is an erect, slender, perennial, glabrous, evergreen, branched herb that grows about 20-80 cm tall. The plant is found growing in waste places, cultivated areas, along roadsides, meadows, plantations, forest edges, Open rocky places and lowland areas. Generally it grows in a wide variety of soils and it does best in moist well drained sandy loams high in organic matter particularly under full light. The plant has long, branched, fusiform taproot. Stem is grooved, elongating before flowering and repeatedly dichasially branched at the top into various spreading branches.

The plant forms two types of leaves: Leaf of basal rosette is 10-16 centimeters long, 3-4 centimeters wide, narrow, with rounded tips, tapered base, and toothed margins, while leaves on the stalks are smaller and tougher. The leaf margin is serrated, each tooth of the margin containing a small yellow spine.

Creamy white flowers are arranged in a reduced umbel inflorescence that is cylindrical with a dome-shaped top (1.2 cm long, 0.5 cm wide). The calyx is green while the corolla is creamy white in color. Fertile flower are followed by egg-shaped schizocarp, up to 1.5 mm × 0.75 mm, densely tuberculate, splitting into 2 semi-globose mericarps with indistinct ribs.

The origin of sawtooth coriander is not known, but it is native to Central and South America, from southern Mexico to Panama, Colombia, Bolivia and Brazil and from Cuba to Trinidad. It has been introduced into Florida and the Old World tropics where it has naturalized in many places. It was introduced into South-East Asia by the Chinese, as a substitute for coriander; it is known in Indo-China, Peninsular Malaysia, in Java and in Sumatra. It is also cultivated in Central and South America and occasionally elsewhere, e.g. in Thailand, Cambodia, Vietnam, the Philippines and Japan. 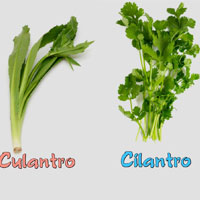 Culantro is a botanical cousin of cilantro, but they look nothing alike. Cilantro (Coriandrum sativum) is sometimes called Chinese parsley or Mexican parsley, and its seeds (coriander) are sometimes called Mexican coriander. While culantro has long leaves that grow in rosettes, cilantro has thin scallop-shaped leaves that grow on the tips of long, very thin stems. Additionally, cilantro is an annual plant, not a biennial like culantro.

Though the flavor and aroma of the two herbs are comparable, you’ll notice that culantro is significantly more pungent than cilantro. Some people say it’s even 10 times stronger, which is apparent in how the two are used in food recipes. While culantro can handle the high heat of cooking, cilantro is a very delicate herb, which is why it’s often applied to food after cooking. 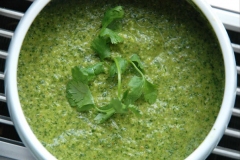 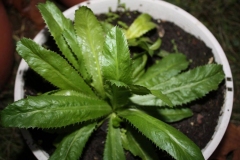 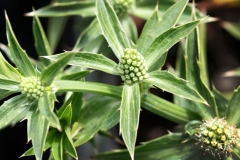 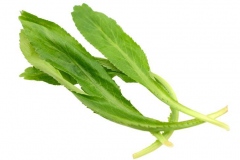 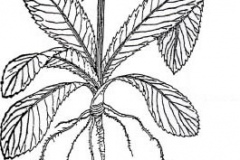 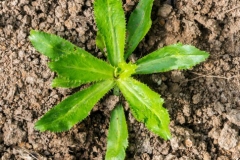 Listed below are few of the popular benefits of consuming Culantro

On a general note, Veggies like parsley have been known to act as a remedy for bad breath. Since parsley and culantro belong to the same family of Apiaceae, Culantro can also be said to solve issues regarding bad breath. The fresh scent from shado Beni and high chlorophyll content suggest that it has some deodorizing effect. To use Culantro for bad breath, chew on fresh leaves after each course meal to eliminate the effect of Sulphur compounds which are the actual causes of bad breath.

It has been revealed from research that leaves and stems from Culantro help lower blood sugar levels in animals. It can lower body Glucose because of Vitamin B2 (Riboflavin) present as a nutritional supplement. Riboflavin encourages a healthy Liver function which can release insulin hormone more effectively. Since a healthy liver is equal to a balanced body sugar level, it is only relevant to take a dietary supplement of shado beni with a meal. You can chop Culantro’s leaves coarsely, grind stems finely and then add this to salads, salsas, and smoothies to lower your sugar and reduce diabetic risk.

Asthma is a common disease related with lungs. It intensely affects people living in industrialized areas where there is a prevalence of heavy metals, dust, and toxic gas emissions. However, recent researchers have found that plants are excellent sources of medicine that can help cure asthmatic conditions and Culantro is one of such herbal plants.

Culantro is generally known to reduce inflammations around the body parts such as bone joints, muscle contractions and a host of other body pains. To efficiently use culantro as a pain reliever; cut out the leaves and boil them, apply the hot culantro water on your body parts or drink it.

Regular dosage of Culantro on one’s diet helps retracts diseases associated with the brain. Neurodegenerative diseases including Alzheimer’s, Parkinson’s can be prevented as a result of its natural constituents that can reduce inflammations in the brain cells.

Regular intake of Culantro helps reduce the occurrence of toxins in the human body mainly due to the presence of vitamin B2 that aids liver function in the body. The liver performs the function of eliminating some toxic wastes from the body system.

Traditional uses and benefits of Culantro 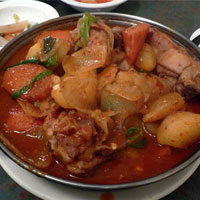 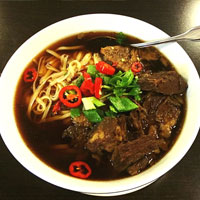 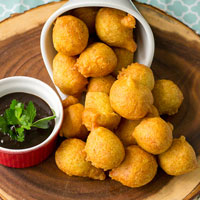 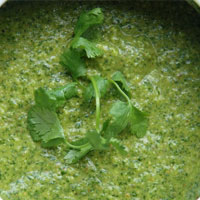