Trending
You are at:Home»Foods»Doughnuts health benefits and risk 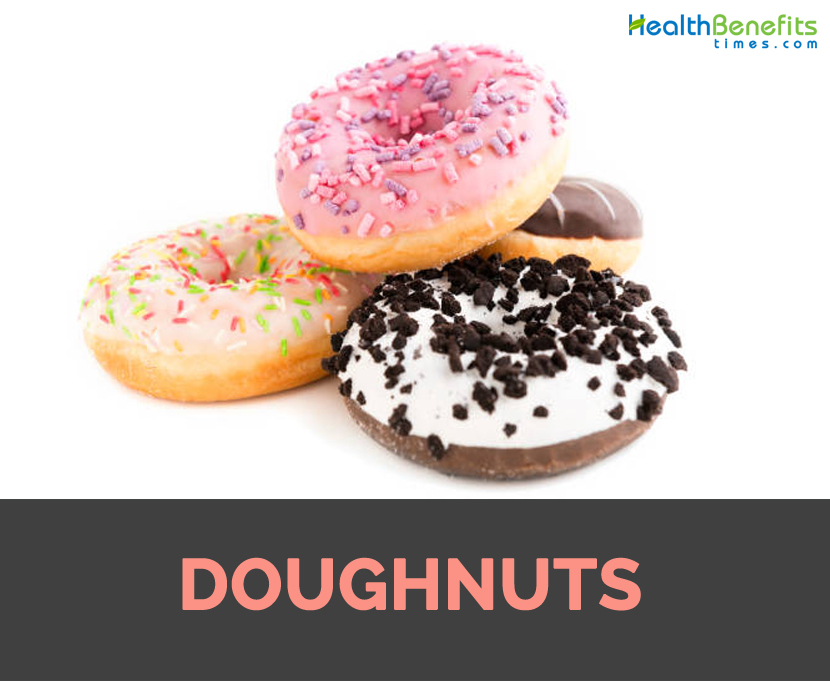 Doughnut also known as donut is a fried dough confection and dessert food. Doughnut is well known in the world in various forms as sweet snack. It could be prepared at home or is available at supermarkets, bakeries, food stalls and franchised specialty vendors. It is deep fried from flour dough and is usually ring shaped or without hole or ball shaped. Toppings and flavorings are used for various types such as chocolate, sugar or maple glazing. Doughnuts also include water, eggs, leavening, sugar, oil, milk, natural and artificial flavors.

Ring doughnut and filled doughnut are the common types of doughnut. Doughnuts are added cream, preserves, custard and other sweet fillings. After fried, doughnuts could be glazed with sugar icing, chocolate on top or topped with powdered sugar and fruit. Doughnuts can be shaped into other forms such as balls, rings, twists and flattened spheres.

Doughnuts make the teeth prone to cavities and bleeding of gums. For better oral health, one should avoid intake of doughnuts.

With an intake of doughnuts, one will gain weight and gets tired easily. Intake of single doughnut regularly could lead to gaining weight.

Chemicals found in doughnuts impairs mind and people will take hasty decision that might be wrong.

People with diabetes experience discolor fingernails and toenails and also to crack. Toes and fingers become numb, infected and prone to gangrene.